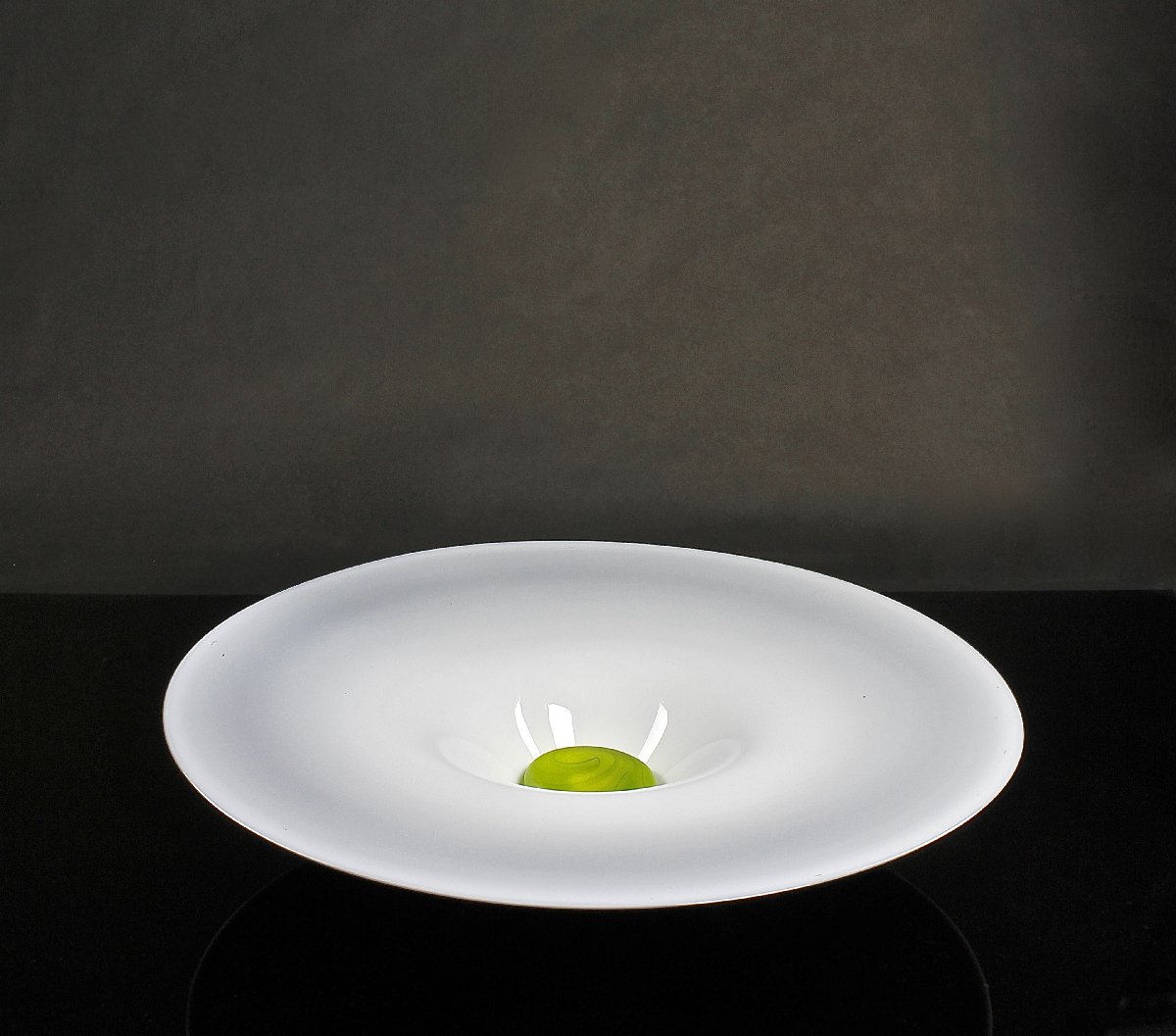 In the world of art, glassmaking implies a kind of wonderful alchemy. Essentially, it starts with sand, which is melted along with a few other helpful materials by the tremendous heat of a kiln or furnace.

The red-hot, molten mixture that results may then be transformed into any number of solid objects, ranging from windowpanes and drinking glasses to mobile device screens and fiber optic cable.

What we think of as art glass came into being in the late 19th and early 20th centuries, led by such still-familiar names as Gallé, Tiffany and Lalique. Glass as a more individual pursuit in the artist’s studio didn’t really gain traction, however, until the middle to later part of the last century.

If any one name continues to resonate with the public, it is that of Dale Chihuly, whose arrangements of nested seaforms, tendril-filled chandeliers and sculptural installations turn glass and light into optical theater. And it was the experience of Chihuly’s 2000 show at Joslyn Art Museum that inspired young Omahan Corey Broman to pursue his own muse in this medium.

Though a recurring presence in the Metro art scene only in the past two years, Broman’s patience and creativity have been rewarded with his first solo show, Unknown/Audible, which continues until Nov. 14 at Gallery 72.

It features 63 works by the artist, all created within the last year. Each is composed of hand-blown glass elements that are cold-worked with etching, sandblasting and grinding to achieve a variety of patterns and surface effects.

Broman first began to learn and refine his process with Ed Fennel at the Hot Shops’ Crystal Forge. After the Chihuly epiphany, Broman joined the estimable studio glass program at Hastings College, where he also apprenticed with Tom Kreager.

He has since attended workshops at the Corning Museum of Glass, as well as various university programs, and made his pilgrimage to the glass motherland of Murano. In 2003, he set up his own studio in Omaha in Midtown. A decade later he surfaced in a two-person exhibit with artist Nancy Lepo at the Fred Simon Gallery followed by two group showcases in 2014, setting the stage for his solo.

Unknown/Audible is filled with elegant sculptural pieces. There is virtually nothing here that would have a utilitarian function, yet each work partakes of the wide vocabulary useful wares: beakers, compotes, cylinders, flutes, gourds, hourglasses and so on. Broman has made individual pieces of glass in a variety of shapes, colors and surface treatments, and arranged them into new structural compositions.

Many are tall sculptures such as the elongated ”Bell,” which is made of six stacked components fixed in place by a steel rod that also provides its topping finial. The piece is graphic with incised lines, graduated dots and map-like patterns, and finishing that is both polished and matte in high contrasting tones of green and black.

The work is at once bold and delicate and the artist’s emphasis on precision is obvious. In this writer’s opinion, the only discordant note here is sounded by the bases of the works, simple squared boxes in unfinished wood that would have benefited from being stained.

“Dry Ice” is Broman’s glossy white-rimmed compote with black base, and in the shallow well of its milky center, a swirled green disk seems to float. It’s a very organic abstraction, suave and moderne.

It sits on a shelf with ”Denial,” a green-lined black bowl topped with three “chopstick” rods balancing a pebble of glass. Broman says that he wanted to work with suspension over the open space of a bowl, denying access to it functionally—it acts as a kind of metaphor for his intention to transform a utilitarian material into a pure objet d’art.

Overall, one is struck by the highly curated nature of this creative outpouring. Broman tasked himself to work with a strongly vertical orientation, the result of which is a ring of glass totems on wall-mounted pedestals. There are few items in the center of the gallery, a distinctly unusual approach to an essentially sculptural exposition.

Broman also selected a specific palette to manipulate. Black, white, lime green, marigold, and amethyst for the main gallery. Black and white/clear for the side space. These tight parameters have the vibe of an étude—a study on a theme or technique–presuming one can shrug off the “this year’s model” showroom feel it can also engender.

In his artist statement, he explains that part of the inspiration for the works and their titles was the relationship each had to sound it made, hence the Audible part of the show title.

Himself a musician (drums, plus keyboards for indie-rock New Lungs), Broman has the benefit of tuning his aesthetics and emotions to the soundscapes in his studio. The glass resonates while being worked on and its tones change according to size and shape, as well as surface treatments of texture, pattern and even color.

At first, this seems terribly unfair to the visitor, left only to watch the display and lacking the permission to empathize by running a finger around the lip of a sculpture or plinking it to experience a pleasing resonant tone.

But every artist has their inspiration, personal and rarely shareable, one that provides us backstory or context if we’re interested; ultimately, the works have to ring true to the viewer. With the refined beauty of Broman’s sculptures, it seems he has struck a chord.

Unknown/Audible continues until Nov. 14 at Gallery 72 at 1806 Vinton St. For details and gallery hours, go to gallery72.co