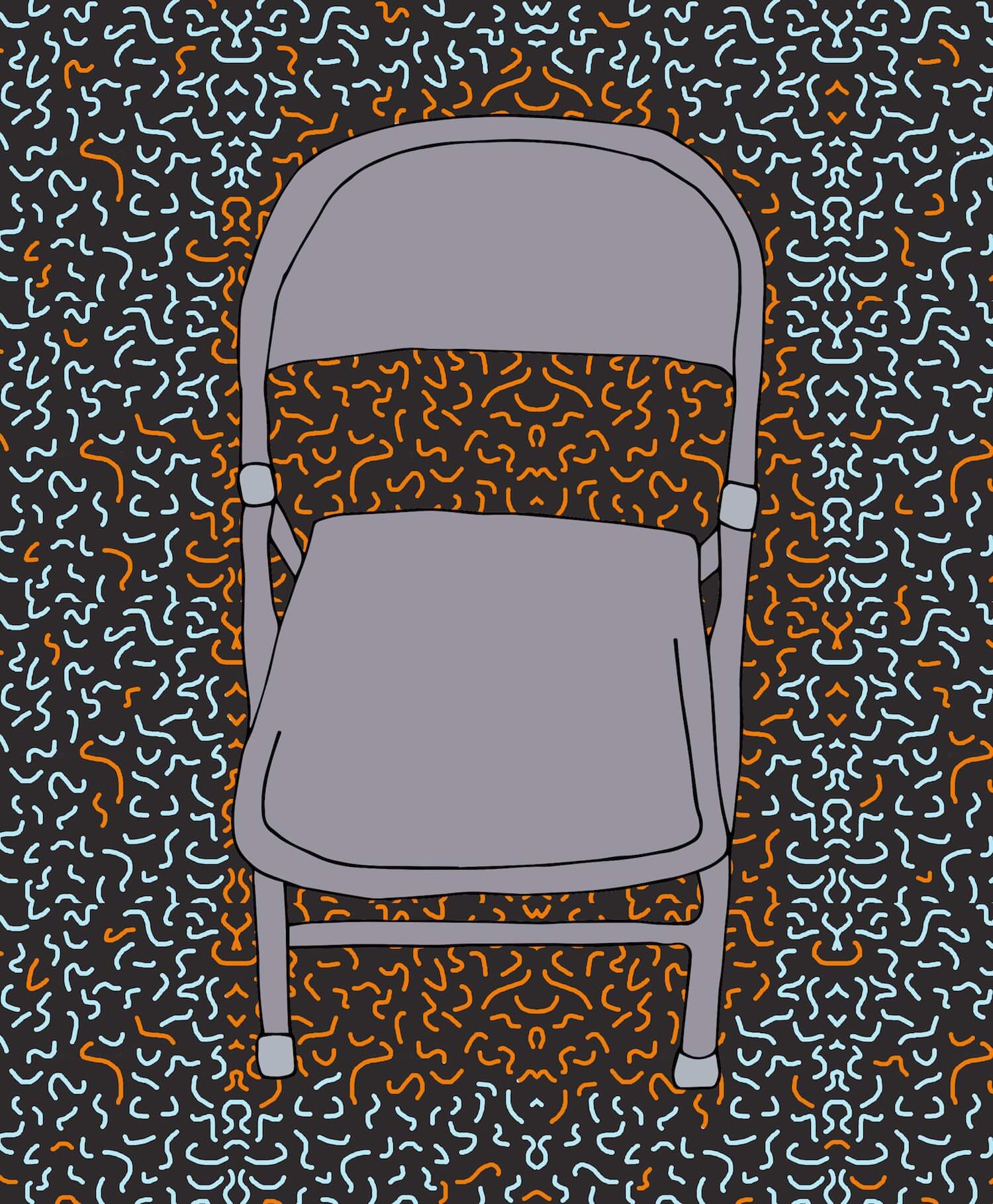 The artists’ muse has always been stuff of legend — mythical, beautiful, fashionable — but the muse in Christopher Vaughn Couse’s life is the four-legged function of the chair.

From an inspirational encounter during a college photo assignment, the chair became Couse’s favorite subject–spawning a mixture of photography, paintings, readymade and found objects, performance and illustrations, all on view in his solo exhibition, Chair Shop, at Petshop Gallery in July.

An animated combination of art styles that include pop art, symbolism, Fluxus, minimalism and street art, Chair Shop presents a variety of feelings and perspectives derived from Couse’s affection for the ubiquitous furnishing.

Couse is not just Omaha-famous (to steal a phrase from his familiar street series), having shown in New York City and throughout Pennsylvania but his devotion to ‘Keeping Omaha Good Weird’ has given our city an exploration into a curious obsession.