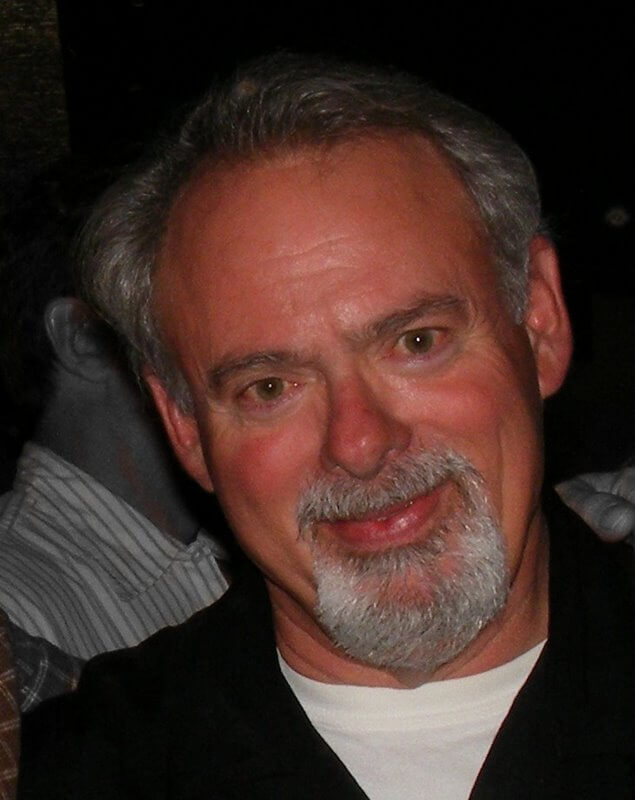 The Hot Shops Art Center has lost one the fondest members of its extended family of artists and artisans with the recent passing of Ed Van Ackeren. Van Ackeren died quietly last Wednesday surrounded by family and friends after a decade-plus battle with heart disease.

This gentle, jovial giant of character and personality was a fixture at Hot Shops, particularly as a founding organizer of the center’s student and amateur film festival which ran from 2003 to 2006. Working first with co-founders Rich Robbins and Michelle Palagi and then later with new Director Larry Williams and Production Manager Rebecca Fennell, the film fest was Van Ackeren’s pet project.

“The film festival was Ed’s vision,” said Tim Barry, a Hot Shops owner and building manager. “Mostly, he wanted to help young people who had all the hardware and technology but lacked the fundamentals.

“The workshops were the festival’s biggest component. How to write, light, edit and so on. Ed had a lot of contacts in the business (filmmaking and videography). He’d call them up and say, ‘We’re doing this. Do you want to help?’ His friendship made it happen.”

One of those contacts was Skip Engle of Editech Post Productions in Omaha, one of the first film producers to nurture Van Ackeren’s skills and interest in video and filmmaking in the late 80s. He began as a crew member at Engle’s first venue, Cinema Visuals Entertainment and later grew as a cameraman, editor and producer.

Though his health began to deteriorate after the film fest closed in 2006, Van Ackeren continued to develop and work on film projects with friends and associates including television and film producer Williams and videographer Charles Cogar.

Last weekend and at Monday’s funeral services tributes gave testimony to Van Ackeren’s humility, perseverance and above all his friendship. For the past few years he kept contact with friends and extended family via his blog. When he finally succumbed to his illness Feb. 1, his wife Audrey gave Ed the “last post” on the blog citing his ability to make everyone he met feel special.

As head judge of the film festival, this writer knew that being around Ed was like hanging out at your favorite bar and grill and being greeted like a long lost friend by the owner. And on the back wall would be hundreds of photos with him in every one and somewhere in the mix you as well. I never saw Ed without a smile on his face no matter what he went through and never left him without one on my own. “You were all his favorite,” Audrey said. “How special is that?”