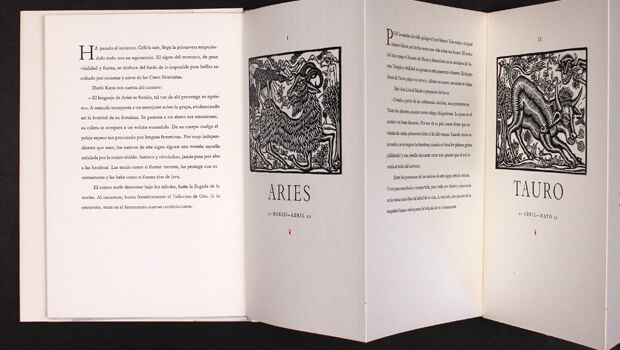 Harry Duncan created much influence in the poetry publishing and letterpress typography. The UNO Art Gallery will have an exhibition in celebration of the centenary of his birth. Duncan established Abattoir Editions at UNO and also taught from 1972 until his retirement in 1985. Books and broadsides founded by students, successors and apprentices of this man will be on display. Along with some of Duncan’s own work. Highlighting the show will be nearly fifty broadsides and books hand-printed by Juan Pascoe. In the early 1970s in Iowa, Pascoe worked with Duncan. Today, Juan and his press, Taller Martín Pesacdor, is heralded as the finest hand printer in Mexico. Pascoe earned the 2014 Tribute to a Bibliophile from the International Book Fair in Guadalajara (one of the three most important book fairs in the entire world). The exhibition will also host a twelve-minute video showing Juan, his work, and workshop. The Spanish language video has been subtitled by UNO art history student Alma Becerril Salas and UNO gallery coordinator Denise Brady. Another part of the exhibit will be the publication event for “All Along the Fence.” This is an unbound portfolio of poems was issued by Gibraltar Editions (Omaha) in tribute to Duncan’s poetry and typography edited and organized by Brady. Featured are seventeen poets printed by seventeen letterpress printers and collected together with an essay about Duncan by Michael Peich (Aralia Press, West Chester, Pennsylvania). The UNO Criss Library will show concurrently books and broadsides printed at UNO in Duncan’s Hand Produced Book class.