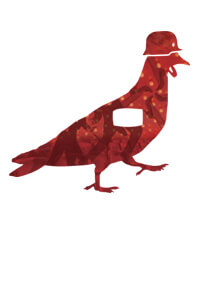 You might ask yourself “Self? Who came up with the musical version of Hamlet called Funny Boy? Who struck gold, titillating the public by re-working Oliver Goldsmith into She Shtupps to Conquer? Who found the road to success aboard A Streetcar Named Murray”? Answer: Max Bialystock, one of the biggest names on Broadway: 13 letters. One of The Producers.

Mel Brooks is the man behind the curtain. The whiz of raucousness. The prince of outrageousness. Here sending up gays, old ladies, ditzy blondes, and, natürlich, Hitler. This is the guy who gave us a preview for the sci-fi film epic Jews In Space featuring a six-pointed starship. Or, at The Last Supper having the waiter ask “Which one of you ordered the fish?”  Remember Blazing Saddles? Or what about Young Frankenstein? Of course, you recall the latter. Omaha Community Playhouse vivified it a couple of years ago.  Same site for this item.

You probably know that The Producers, the 2001 Mel Brooks musical, re-works the 1968 movie. This smash hit collected a bunch of Tony Awards and packed Broadway houses for years, aided and abetted by Susan Stroman’s directorial concepts and choreography. Brooks created the friendly music and snappy lyrics. Thomas Meehan co-wrote the book, which much resembles the movie.

Refresher: Max teams up with previously shy accountant Leo Bloom to produce the world’s worst show so that, when it quickly tanks, they can keep all the investments. They discover Franz Liebkind’s dictator-love-fest Springtime for Hitler (“There was a painter! He could paint an entire apartment in one afternoon! Two coats!”). And they hire cross-dressing, disaster-prone director Roger DeBris, who revels in wearing lots of leather as Hitler. But the best-laid men’s plan falls on its tush.

Further facts: In addition to the Tony for this zinger, Meehan got two others for Annie and Hairspray. He shares the responsibility for the above-mentioned take on Young Frankenstein and came up with scripts for Bombay Dreams, Elf the Musical and more. https://en.wikipedia.org/wiki/Thomas_Meehan_(writer)

Oh. This also sends up show biz e.g. : Bloom: Actors are not animals! They’re human beings! Bialystock: They are? Have you ever eaten with one?

Not a dry seat in the house.