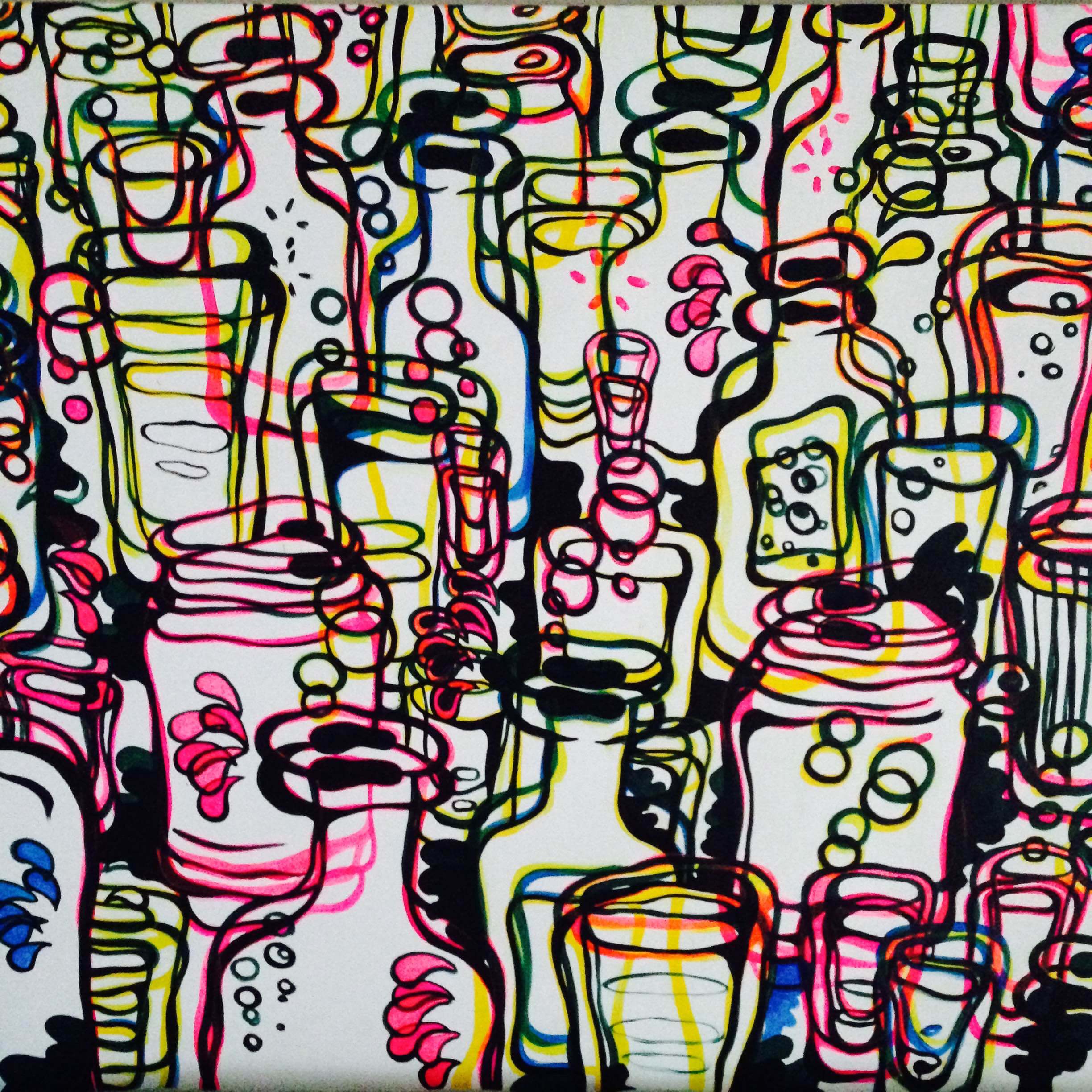 Evan Major is a painter and muralist whose works have appeared in various locations around town over the last few years, including the bar Eat the Worm, the restaurant Block 16, and the pop-up gallery Project Project.

In the case of the latter, Major followed up on his show of paintings in November 2014 with a mural that has all the characteristics of his style:  brash in terms of color, suggestively biomorphic in terms of subject matter, and propulsive in terms of composition.

As his new show at RNG Gallery suggests, there is no particular focus of attention in many of his works.  Shapes twist and turn from one edge of a work to another, and hints of images (teeth, genitalia, smokestacks, bottles, take your pick) shout out from all over the place.

Major has indicated that what he calls the “object matter” in his works “tends to get in the way of what interests me visually.”  Far from being interference, though, the many suggestions of objects add intrigue to his exuberant patterns.

There will be an opening reception for Major’s show on Saturday, April 11 from 6 to 9 p.m. at RNG Gallery, 157 West Broadway in Council Bluffs, and the show will be on view until May 3.