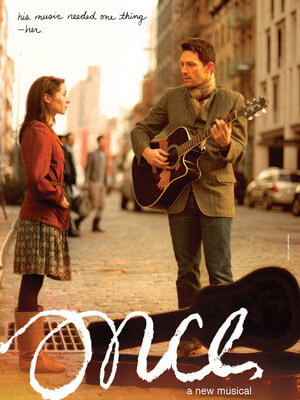 Maybe you tried to buy show tickets on Broadway a few years ago and discovered that only two hits demanded full price: Book of Mormon and ONCE. All the rest were half price and that’s about what you’ll pay now in Omaha to see this award-winning love story of the Irish musician and Czech immigrant. A half dozen groups that hand out accolades for the best musical picked this romance where the actors all play their instruments on stage. After a run of 1,100 performances in Manhattan, it makes the local debut of the music and lyrics of Glen Hansard, which won an Oscar for the film version. The book by Enda Walsh has also won honors, combining with Hansard’s songs to celebrate life and love that grows from the couple’s musical collaboration.