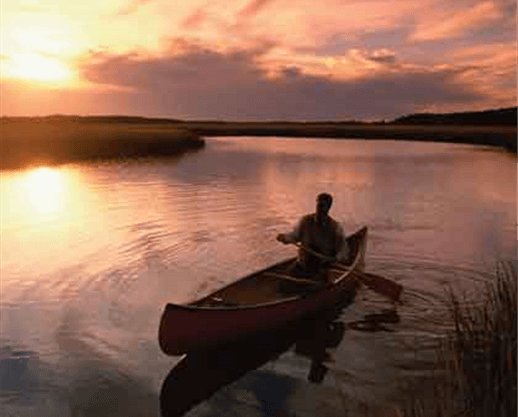 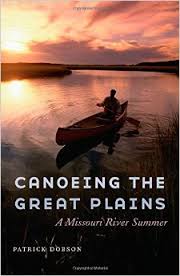 For anyone who enjoys going to the river at all, Canoeing the Great Plains is a great summer read. Heck, even if you hate the river, Patrick Dobson’s story just might win you over.

In his first book, Seldom Seen: A Journey Into the Great Plains, Dobson began to tell the tale of how his journey through the Midwest started 20 years ago when he left the front porch of his home in Kansas City, Mo. Canoeing the Great Plains picks up where that book left off, in Helena, Mont.

Part travelogue, part introspective journey piece, with a little history and some political commentary thrown in for good measure, this book draws you in with its vivid descriptions written in clear, honest language.

If you’ve ever floated down a river, whether in a canoe or just on your back, you will be able to recognize the feelings of calm and described by Dobson. And if you’ve ever been in a river when the weather quickly turns, like we all know it can here on the plains, then you will be able to relate to his feelings of helplessness and fear when the storms hit and the journey doesn’t seem so peaceful anymore.

Like the river he’s exploring, the people Dobson encounters run the gamut from friendly to downright hostile. During his first encounter in the book, a woman who runs a fishing expedition tour tells him he’s “doomed” and he should go back where he came from. He also had several encounters with bigots and racists, as one might expect to in a small, Midwestern town.

But overall, the people he encounters are kind and helpful, often taking time out of their own lives to help him get home. Several people gave him and his canoe rides around the rougher parts of the river, where the dams create white water just make things difficult in general. Many others put him up for the night and fed him meals.

Help in the physical sense is not the only kind of assistance Dobson receives. In many ways, the people he encounters help him along his emotional, psychological journey as well. And towards the end of the book, he gets the chance to help out someone else with theirs.

Dobson’s observations of the people he encounters highlight how our society seems to work in general. The majority of the people that are willing to go out of their way to help him are not well off. One gets the impression that they are folks who know what it’s like to be in need of help, which makes them all the more willing to help others when they can. Or maybe it’s just those Midwestern values we’re all so used to hearing about.

Regardless of the reasons, Dobson’s tale says a lot about the human condition and how we connect with one another. Plus, it reminds us that there are still nice people out in the world that are willing to help someone in need, which is all the more reason to read it.