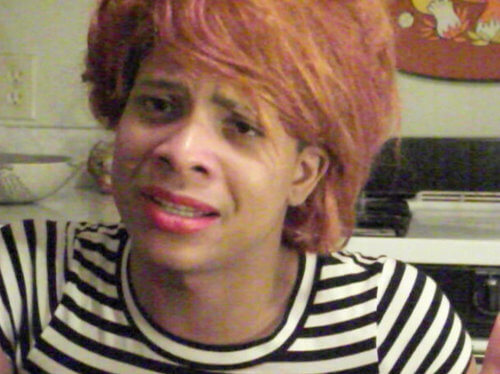 Not since the extraordinary Signal Channel exhibition which the Bemis Center for Contemporary Arts showcased in 2005, has there been such a display of video art in Omaha as that currently on display in the venue’s Underground.

While Signal Channel was essentially a survey of the art form over a 50+ year period, and virtually a who’s who in the medium, Bemis’ current show is proof positive that video art is thriving in the hands of a new generation.

Performing Human, which continues in the Underground through Aug.10, is the inspiration of Kan Seidel and six amateur and professional performing artists who make up the content of the 25 video set-ups.

Seidel, a graduate of UNL now living and working in Chicago, IL, is co-winner of the 2011 Bemis Center Regional Juried Exhibition and was awarded his own solo show in the Underground for 2012. Performing Human, as the title suggests, offers personal, satirical and ultimately universal insights into what makes us tick.

The performing artists include the following six generally paired together even when in their solo videos, some with obvious stage names: Seidel and artist Alex Borovski, Precious Davis and Patti Seidel who is the artist’s mother and Tahler Johnson and Japper Watson.

Given the breadth of such a subject and diversity of this medium, Performing Human could have been all over the place in the Underground’s paradoxically cavernous and maze-like environs. Yet Seidel’s essential motifs and visual style, along with expertise of Underground curator Joel Damon and staff, have managed to make the venue both industrial and intimate.

“Kan knew his themes and how he wanted the room to look and feel from the first,” Damon said, “but then he allowed me to place all the videos around the venue’s hub which serves as a visual focal point for the entire show.”

During an artist’s talk, Damon, Seidel and the performers explained that though each video began with a concept, no script was used allowing them to improvise speech, blocking and perhaps above all, body language and facial expressions. From all the footage, Seidel then edited video loops of various length, thus creating a veritable cacophony of overlapping sound and image that relies heavily on both distortion and meaningful repetition.

Holistically, it’s like viewing an Aaron Sorkin television series like “Newsroom” or a Robert Altman film such as “The Player” on hyper-drive. Yet, whereas, Sorkin and Altman deal largely with socio-political issues, Seidel’s content is mostly Humanistic: personal identity (Seidel and Borovski), relationships (Johnson and Japper) and the American Dream (Patti and Precious). With considerable crossover, these exaggerated and metaphoric narratives and portraits also explore such thematic conflicts as reality and delusion, control and insecurity, and interaction and isolation, among others.

Overall, Seidel’s more than two dozen video vignettes borrow effectively from traditional forms of New Media. But along with video history, his aesthetic also references the voyeurism and egocentricity of social media such as YouTube, Facebook and Flickr. In other words, or in this case, images, with Performing Human, the medium is often the message.

Singly, not all of Seidel’s videos are as effective as the majority in interpreting “the human condition.” For instance, #6 in the “oneself” series seems redundant dealing with identity issues especially after appreciating the humor of “enjoy oneself” with Kan and Alex posing with the very Freudian and erect cucumber and ripe and receptive watermelon respectively. Also more endearing is “by oneself” with Kan and the lovely Alex primping and preening for the camera and each other, he more in imitation of her and she more confident and comfortable in her beautiful skin. He plays for laughs and she for seduction and vanity.

Likewise, while #15 of “securing our borders” works as an intriguing commentary on keeping out aliens while isolating ourselves behind the barriers of our own fear, #16’s reach exceeds its grasp. In it, a one-legged Precious with the aid of a crutch struggles up steps of some forbidding stone fortress, but the video’s intent is simply not clear or satisfying.

Additional video highlights in Performing Human include the following “Private Parts 1&2” are a provocative and disturbing intro to the conflicts of the show. In the first, a marvelously deranged Patti wanders the “white room” of her unconscious in her ever-present day shift screaming “No!”, “Go!” and “Not supposed to be here,” all the while gazing hopelessly out a window. In the second video Patti transfers her own angst, insecurity and identity issues upon a hapless Precious, undressing in her bathroom with gender anxiety of her own. “Who are you? Answer me now,” Patti demands.

The rather ironic “loving you, 2” got a lot of attention opening night with Japper and Tahler “making love” while music swells passionately, but there is no caressing, kissing or embracing. The only thing that puts a smile on Japper’s face sitting atop a rather inert but serviceable Tahler is her own orgasm.  Nicely understated in reverse order is “loving you 3,” with our very disconnected couple in an outdoor café. She is bored and neglected. He’s fully engaged, in his meal that is. They may as well be at separate tables.

Then there is the large, looming contradiction of “natural state 1 &2.” In the first, Patti, clearly out of her element, is seen smoking and wandering aimlessly, going nowhere in a rather desolate and polluted environment. By contrast, the au natural Precious, the very embodiment of the Romantic “Noble Savage,” is completely at home turning her jungle into a garden while being who she truly is.

The “portrait of a performing human, 17-22” is also impressive as it presents all six putting their best face forward revealing personality as well; one uncomfortable, one self-aware, one self-conscious, another reclusive and one insecure. Again, not unlike filmmaker Altman, Seidel uses the “screen” as a mirror of our own human frailties.

The venue’s hub serves as a summary or chorus of all the show’s video revelations, none more so than #24, “togetherness 2,” in which Kan and Alex are at play and ultimately at odds in an affectionate, sensual and lastly, painful bit of caress, slap and tickle. It can be argued that Performing Human casts too wide a net in its attempt to portray the behavior of Homo sapiens, favoring breadth over depth. Yet, having done so, it now offers the observant and talented Seidel the opportunity to sharpen his focus on a single issue of the human condition in his next video installation.