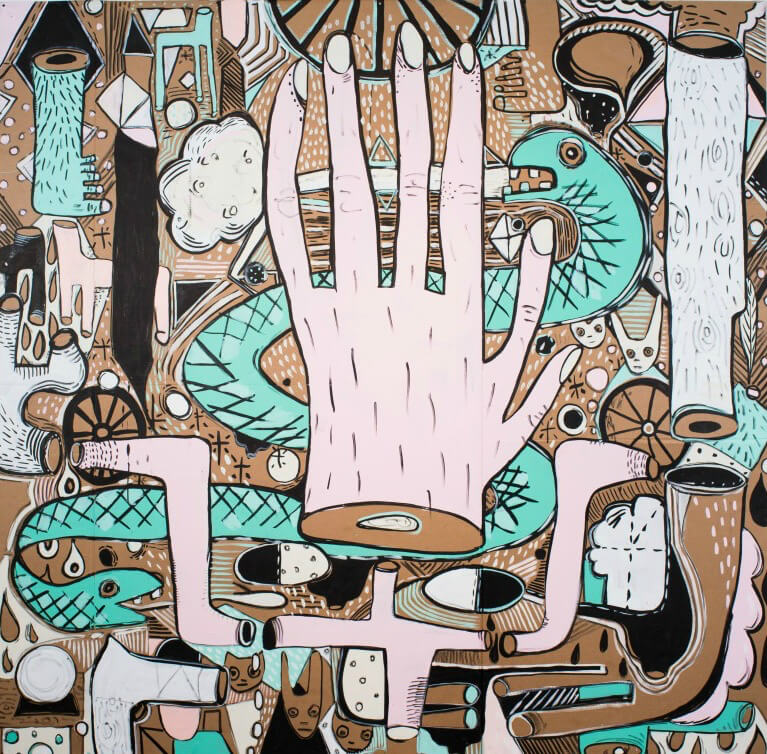 On August 13, Darger HQ will host a warm welcome for some cool commentators with the opening of its latest artistic pairing, pas gentil, featuring the work of Kim Darling and Jean-François Leboeuf.

As indicated by the show’s title pas gentil — French for ‘not nice’ — it promises a bit of a pointed critique of Nebraska’s allegedly high and oft-promoted friendliness quotient, as well as calling out broader political and social issues.

Darling, aka Kim Reid Kuhn, is well known to local audiences for her wryly humorous critiques of political, gender, religious and social norms embedded in a rangy assortment of adapted icons that appear in paintings, sculpture and other media.

Leboeuf, a Montreal-based multimedia artist, draws on the culture of punk and junk and favors an outsider’s view of what might be considered mainstream. His meticulousness of his large-scale drawings stands in contrast to the unpolished characters that inhabit them.

The exhibition reception begins at 6pm with a talk by both artists, followed by a collaborative performance at 8:00.

Pas gentil opens on August 13 and runs through October 9 at Darger HQ, 1804 Vinton Street. The gallery is open on Saturday from noon-5pm, on Sunday from noon-3pm and by appointment. For more information, visit www.dargerhq.org or call 402/209-5554.