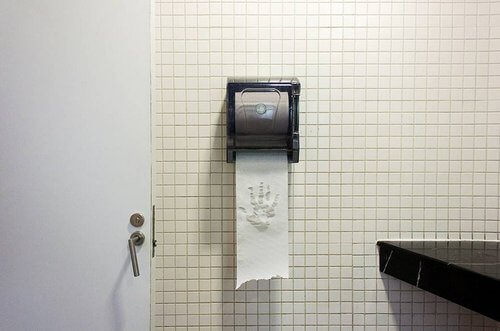 As mentioned in a recent review of the OEAA Visual Arts Nominee Show at Hot Shops, there wasn’t a single photography exhibit, solo or otherwise, nominated for an award this year from the past period of eligibility, Sept. 30, 2011-Aug. 31, 2012.

Not that there aren’t significant photography artists in the Metro area. Larry Ferguson’s idealized images of Nature, James Hendrickson’s found photos of the Metro’s back “Yards” and Skyelar Hawkins’ romantic narratives come quickly to mind. Yet, they haven’t shown in the area in some time, and it’s been a year since Vera Mercer’s award-winning Bemis exhibit, Still Life’s, and Rob Gilmer’s personal Gardener of Eden at the RNG Gallery.

Meanwhile, photo hounds can sniff out two current exhibitions at local venues, Joslyn Art Museum and RNG Gallery featuring two different road shows, Route 36: Photographs by William Wylie at the former and the final leg of Conversations on a Bus at the latter from Heather and Jameson Hooton. If that doesn’t satisfy your photography Jones, then the annual Lincoln PhotoFest surely will as virtually every gallery in the Capitol City is focusing on the medium.

Yet, for nearly a decade, nowhere will you have found more interesting contemporary photography than at the nomadic Moving Gallery organized by the Old Omaha Association at several sites in the Old Market. The Moving Gallery has specialized in international artists with last names such as Rothmann, Pellegrin, Bergemann, Kusterle, Gruener and many more who have challenged preconceived notions of the art’s familiar genres while experimenting with the medium itself. This is especially so with MG’s current exhibit in the Garden of the Zodiac venue in the Old Market Passageway, The Photographs of Jesus Jimenez.

Jimenez is a Mexico and London-based artist who, though he earlier began a career in finance, earned an MA in photography at the University of the Arts’ London College of Communication. Known for his work in photography, video and installation, Jimenez’s Omaha debut was curated by an artist familiar to the Metro, Humberto Chavez, joint academic director of Mexico’s National Center for the Arts.

The 17 medium format digital prints are grouped in three series, Agora (2005), Game Over (2006) and the ongoing Transactions (2007-present). In general, this is very conceptual work as it eschews more readily identifiable forms of portraiture, landscape and narrative. Though the content is representational as to objects and location, Jimenez’s aesthetic is minimal, detached, sly and counterintuitive. Stripped of conventionality, his imagery is nonetheless visually interesting and stimulating.

In Agora, Jimenez substitutes a Greek “assembly place”—a common translation for agora—for debate, with a modern marketplace “peopled” by prearranged grocery carts in and out of formation. Game Over features an ordinary, lifeless handball court, empty but for the occasional mop and bucket, a few chairs and then an unexpected star-like mobile. Transactions surprises with an up-close, playful view of supposedly empty restrooms in a few international art museums.

It’s clear that for the artist, each photo in a series, rather than an end in itself, is part of a greater concept. What that is per series may not be quite as clear unless the imagery is appreciated holistically. Jimenez is hoping for meaning repetition rather than mere redundancy.

Despite the exhibit’s less is more approach and cool, even drab palette, the photographer is fully engaged in each series both in mind and in hand. In his highly articulate artist statement, Jimenez explains that his intention is to explore his relationship to the world via “the ephemeral, conceptual situations “ he choreographed, photographed and framed for the viewer.

“The projects, rooted in ordinary objects, often revisit gadgets and games of childhood memories or those poetic moments of daydream,” he says. Time, space and memory collide in such a way that they then inspire him to not only re-imagine and reinvent the present but to reinterpret it as well, albeit with a metaphoric, philosophic and often clandestine result.

“Wow! Now, you find art everywhere,” a delighted patron once told Jimenez. What the viewer may find is an exhibit as deliberately understated as it is puzzling. Inundated as we are daily by images on multiple digital screens competing for our attention, time and money, his imagery is subtle, elusive and fragmentary. Individual photos are pieces in a puzzle, like stills in a cell animation without a beginning, middle or end. There are no missing pieces that will solve the mystery of each series. Each image connects only visually and thematically, but for a discerning viewer, this intrigue should be enough.

Yet, challenging also, as the photos are not commercial, glitzy or sexy, despite the deceptively simple content. Jimenez gives nothing away. For instance, in Game Over, we have six photos of a handball court with unappealing, smudgy white walls and a scuffed, weathered floor of algae green. The room’s only distinction is a crimson stripe low on the back wall. The room looks as inviting as a jail cell or mental ward underscored by a sickly, surreal green pallor.

The point of view in each image seldom changes but the tone varies from the mysterious—what’s behind the wood screen center stage in #3—and the humorous—why and who arranged the chairs in #2 and 6—to the ludicrous—if the room was recently cleaned as evidenced by the mop and bucket in #4 and 5, why bother as the space remains dreary and viewer unfriendly? We may never know, but it is apparent that Jimenez is not a gamer, preferring to alter the rules, mess with our expectations and subvert the mass appeal of competition.

He continues his game-changing attitude in Agora, a similarly green-tinted series of shopping carts in pairs or groups of three or more. Shot from above, the series places emphasis on the large space’s bronze colored concrete or cement floor marbled in herringbone swirls like stitching on a baseball.

The carts are carefully arranged in #2, indiscriminately so in #3 and co-joined in #5, but they are all uniformly empty. Jimenez says this series is his deliberate comment on the marketplace where money and goods are exchanged rather than ideas or creativity. If this is so, then these cage-like carts serve as tropes, perhaps of humanity conditioned to the quantity of consumerism rather than a quality of life.

Visually, the most striking of the three series is Transactions. The restroom interiors are cold, iridescent and utilitarian like the inside of an operating room. One can almost smell the disinfectant. The images look lifeless until a double take reveals humorously a tissue tossed in the mirror of #1, the upside down reflection of a urinal photo-shopped in #2 and a daring handprint on a used paper towel in #3, and most beguiling of all, an airborne paper airplane gliding out of stall in #4.

Jimenez is having great fun here satirizing the prim and proper ivory walls of any institution where human intervention is deemed messy, frivolous and as unwelcomed as a child in a formal living room with vinyl-covered furniture. He believes art is a way of life, not merely something to hang on a wall or place on a pedestal. Not an end but a means to engage and address even greater questions.

He doesn’t view art as something to revere for its own sake the way others treat religion, philosophy or science, but as a tool for personal doubt, scrutiny and discovery. As seen in these three series, Jimenez’s photography is antithetical, some might say even heretical. It doesn’t worship at the altar of commerce or even art itself.

Photographs by Jesus Jimenez continues through Mar. 17 in the Garden of the Zodiac Gallery, 1042 Howard Street in the Old Market Passageway. For further information contact 402.417.8719