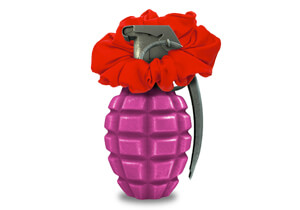 In 1988 a dark, cynical, off-beat and comic movie about high school kids behaving badly garnered rave reviews from critics but was a floperoo at box offices. Then Heathers became a cult smash.

Hey, gang, what about adding some songs and dancing and stuff? Zoom forward to 2014. Off-Broadway-goers think a musical version is swell. Da Da. Heathers: The Musical takes the stage. It rocks.

You might wanna check this out at Bluebarn Theatre.

Word has it that this new take ain’t quite as dark as the source, even if kinda far-out. More innocent. Sorta.

Basics: High school kings and queens think they rule. But worms will turn. Yeah, there’s bullying and sucking up. Fantasies of revenge might hover in the youngsters’ preoccupied brains, worn-out from hitting the books, but in the long run, everyone lives on to give adulthood a shot.

Zero in on Veronica Sawyer. Girl doesn’t fit in right. But, with enough looks and brains, she hooks up with Westerburg High’s big-deal clique, the Heathers. Then she gets messed up messing with new guy on the block, J.D., who’s got plans to wreck the Heathers.

Laurence O’Keefe wrote the music and is way well-known for the tunes for Bat Boy: The Musical, which had a good off-Broadway run in 2001, followed by more than 500 regional and amateur productions all over the US. It collected two Richard Rodgers Awards from the American Academy of Arts and Letters and won the Lucille Lortel Award and the Outer Critics’ Circle Award for Best Off-Broadway Musical. O’Keefe and his wife Nell Benjamin wrote 2007’s Legally Blonde: The Musical. Notice some kind of a pattern here? https://en.wikipedia.org/wiki/Laurence_O%27Keefe_(composer)

Kevin Murphy came up with the book and lyrics for this creation, as he did for the musical Reefer Madness. He also created numerous scripts for plenty of TV series, many of which he also produced. They include Desperate Housewives. https://en.wikipedia.org/wiki/Kevin_Murphy_(screenwriter)

Re this sometimes snarky trip down nostalgia lane, like, you know, way.