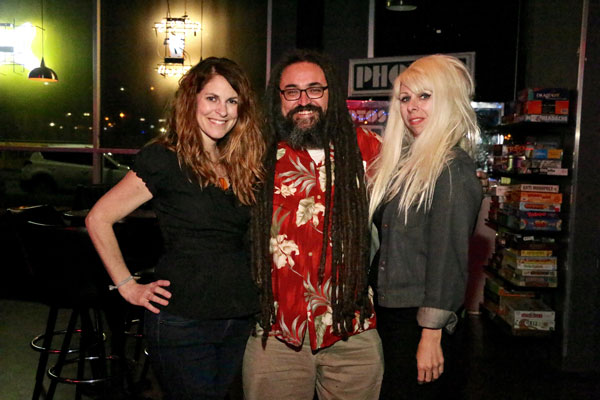 The practice of exhibiting and selling art out of small commercial galleries is a complicated affair.

On the one hand, small galleries are one of the principle means by which visual artists earn money to buy housing, food, health insurance, and, critically, time to grow and mature in their abilities as artists.  Without some stream of funding, artists can’t be artists.

On the other hand, small galleries are also one of the primary opportunities that the general public has to see the work of artists in our midst.

In between these two constituencies, the art-viewing public and the compensated artist, is the commercial gallery sale.  Historically, commercial galleries have focused their efforts on selling expensive work to high-net worth individuals.  Over time, that pattern has allowed a relatively small group of collectors to dictate what contemporary artists are permitted to make, and, by extension, what contemporary art all of us are permitted to see.

Even though these commercial arrangements can be the source of some concern, an artist community without exhibition spaces is like the sound of one hand clapping.

Omaha falls short on its exhibition opportunities for local artists.

UNO art history professor Adrian Duran is blunt in his assessment as to what is lacking in the arts community.

“There aren’t enough assholes here,” Duran says. “People need to be hungrier and have more of a killer instinct.  You need to get in the trenches and fight like hell to get your spot.  Art is a slow burn sometimes, but where are the artists who are fighting here, banding together, creating spaces of their own volition, like Project Project?

“There should be 30 of those in garages around the city.  Where’s the punk rock aesthetic in the Omaha art community?  Who is running a yellow extension cord from a street light to power a set of turntables in an artist space? Where’s the art criticism?  Who’s going to the galleries and saying ‘this show is garbage?’”

Long-time residents agree with Duran’s observation that the city needs more spaces devoted to the display of visual art.

Rob Gilmer, who has been a major supporter of emerging artists in Omaha for two decades through his RNG Gallery, shares the sense that something is missing from the visual arts in the region.

“If we were vibrant,” he says, “we’d be pushing, pushing, pushing.  We’d have lots of spaces to see art at different tiers, ranging from little holes in the wall to major venues, all showing work where it is immediately obvious that the artists are pushing themselves really hard.”

In the absence of these kinds of robust exhibition opportunities, the visual art scene in Omaha is at risk of stagnating.

“In a city of this size there should be more happening,” says Omaha artist Kim Darling.  “There are some underground galleries and pop up shows, but it’s not really vibrant yet.”

At least one significant piece of the problem is that, historically, Omaha’s collecting community has used its market power to demand art at steep discounts.  The result: much less money available to support a wide range of exhibition spaces.  Impoverished artists and gallerists are hard-pressed to execute new ideas.

Emily Moody, executive director of the Omaha Creative Institute, says “what we ask of artists is different than we ask of anyone else.  Nobody thinks that a coffee shop is making better coffee because it is struggling.  No one is asking coffee shops to give coffee for 70% off because poverty is good for them.  But we do that with our artists.  We’ve become so used to buying art at 70% off or 50% off.  It’s tough for artists and for galleries.”

One Omaha-area artist with national connections, who asked to remain anonymous, believes “the art-buying culture in Omaha is like people who are looking for an all-you-can-eat buffet for $15.99.  Art buyers here want a good deal, and they can be really cheap about it.  Collectors here love to talk about their deals.”

Critically, this artist notes, the fixation on “getting cheap art” signals a group of patrons who care “about art but not about artists.”

According to Omaha artist Tim Guthrie, the dynamic makes it feel “like you are being knocked down all the time.”

Guthrie notes that, in contrast to the scarcity of funding for artists, there is quite a bit for major arts institutions.  Guthrie sees this institutional funding as a core problem, however, and not a silver lining.

Executive director Moody is more tempered in her tone, but does not differ fundamentally from Guthrie’s conclusion.

“The arts organizations get good funding.  But artists are not supported as artists.  They may get paid to teach or for other specific purposes, but I don’t think there is a direct line right from funders to arts organizations to artists.”

Jennifer Barry, the owner of Revolve Fine Arts sees the results of this overall dynamic in her daily work.  “This is a very tough town in which to be an emerging artist or to be able work full-time as an artist,” she says.  “Local artists do not feel empowered or supported.”

Start-up spaces that add to a genuine vitality in the city, from Project Project on Vinton Street to Petshop in Benson, also report chronic shortages of cash.  The founders of these kinds of spaces typically hold down day jobs and pour their own funds into operations to keep their venues afloat.

Omaha artist Reagan Pufall just returned to town after operating an art space in San Francisco.  Pufall is fully supportive of everyone who is operating galleries in Omaha on a shoestring, but he is hesitant as well.

“There’s only so long you can run a gallery as a labor of love.  If you are going to be successful and sustainable that requires unimaginable amounts of leg work and constant communication.  It’s a full time job if it’s going to at least pay for itself.”

“Anyone who makes it through the emerging artist stage,” Pufall says, “has to leave.  There’s plenty of money to support nonprofits, and plenty of money for buying high-end art, but if there isn’t purchasing at the emerging and mid-career phases, the artists can’t afford to stick around.”

Despite the sometimes discouraging outlook, Omaha actually seems to be entering a period of significant experimentation with how art gets made and, especially, how it gets seen.

This year, for instance, the Omaha Creative Institute launched its Community Supported Art program, designed to connect artists with young collectors, who were offered “shares” of artist output.

Modeled after Community Supported Agriculture, the program offered 40 young collectors a chance to own original works of art from nine different artists for only $300.  Although some artists expressed concern that the model perpetuates an expectation of deep discounts, the effort to build a new group of collectors has to start somewhere.  The 40 CSA shares sold out in a matter of hours.

Jennifer Barry opened Revolve Fine Arts in 2013. Unlike traditional galleries that sell work from their inventories, Revolve leases artwork, primarily to businesses looking to offer an artistic environment to their employees and customers.

The businesses get a tax write off for the leased art, with the option to swap works out annually.  The artists get a steady stream of income from the lease payments negotiated by Revolve.  Barry reports that Revolve is turning a modest but steady profit.

In addition, Launa Bacon just moved her Darger HQ from Lincoln up to Omaha.  Darger HQ provides modest commissions to local artists and pairs them with national artists to create new work.  Bacon, who strongly believes that artists need to be paid, uses a sales contract at Darger that contains a royalty clause.

Modelled after payment practices in the music industry, these clauses require any buyer of artwork from Darger to pay the artist a royalty if they later re-sell the piece for a profit.

Perhaps the most important model, however, is an old one: self-interested philanthropy.

Mark and Vera Mercer have offered discounted studios to artists and operated the Garden of the Zodiac Gallery in the Old Market for more than three decades.  The gallery, which shows local artists for approximately half of its exhibitions, does not turn a profit, and the studios are decidedly less profitable than they might be, but the Mercers continue to subsidize both because they want to live in an Omaha neighborhood that is full of artistic life.

“The Omaha arts community needs someone to support it altruistically,” Mark Mercer says.  “The invisible hand of the free market isn’t always enough to create real vibrancy.  In Paris there is a lot of government support for artists and you see neighborhoods that are artists from one end to the other.

“Even in Omaha, there are a lot of places where there are more subsidies.  Look at something like an opera—that’s a big production and we understand that it needs community support.  Maybe we think that individual visual artists don’t need as much organization as an opera, but collectively maybe they do.  Maybe the visual art community here suffers from lack of support.”

The Mercers’ ability to see the long-term value of their investments in artists of Omaha has made, and continues to make, an enormous difference in the quality of life in the city.

Against this background of troubled history and current progress, Alex Jochim, a co-founder of Petshop gallery, chooses to emphasize the positive.

“I’m optimistic,” Jochim says, “because as long as we are having this conversation and we are aware that there are things we need to do better as a community, then it will spur further conversations and further action.”

Sticking with his institutional critique, artist Guthrie draws a more radical conclusion. He wants to liberate the creation of art from the gallery model that requires the sale of art objects to individual collectors.

“Recently, I’ve been seeing this pushback against people who are making art just to make art,” Guthrie says.  “It’s mindboggling to me.  People get offended or upset that the money isn’t the primary thing. A community that wants to claim the mantle of real artistic vibrancy has to find models that capture the full breadth of human creativity.

“Most artists would do different work if they didn’t have to worry about making money by selling the final product to an individual buyer.  That’s just being honest.”

Disclosure: The author sits on the Board of Trustees for Darger HQ.