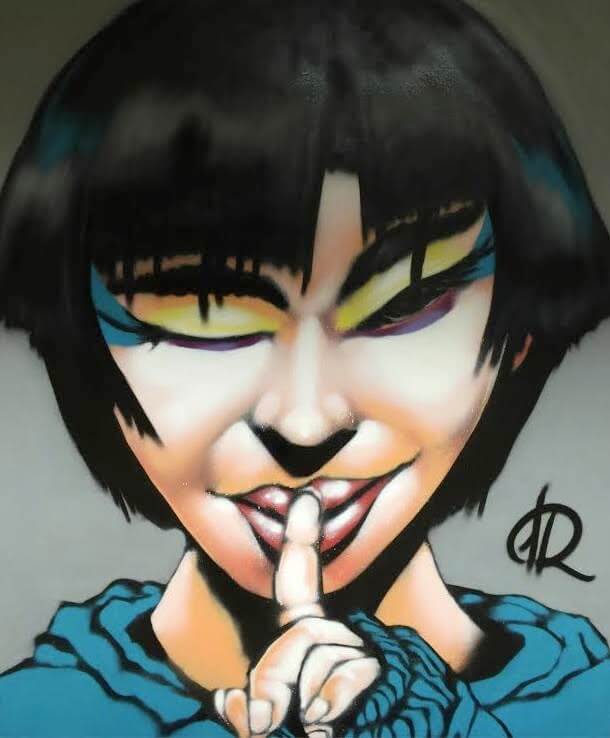 Most street artists catch the bug for creating when they are influenced by something that opens their eyes. Benson fixture Alex Roskelley is no exception. Roskelley is next up in Petshop Gallery’s April exhibit, Skerone, which opens April 1 from 7-10 pm.

Skerone features the spray paintings of this Utah native who felt an urban calling when introduced to hip hop and graffiti by an east-coaster as a teenager in Salt Lake City.

While his career started out ‘less-than-legal,’ decorating overpasses and trains, the now-owner of four businesses (Jake’s Lincoln & Omaha, Beercade, & St Andrew’s) is commissioned for public projects, documented in national publications and provides callings to youth at the Kent Bellows program.

Another new influence prompted Roskelley’s upcoming solo exhibit at Petshop. A recent trip to Thailand & Cambodia set a tone inspired by the history, symbolism and spirituality of Southeast Asia as reflected by its vibrant colors and rich lifestyle and culture.

The spirit that Roskelley gives to the murals that embody the neighborhoods they live shows in the work inspired by his travels. Work will be up and viewable by appointment after April 1st until May 27th.