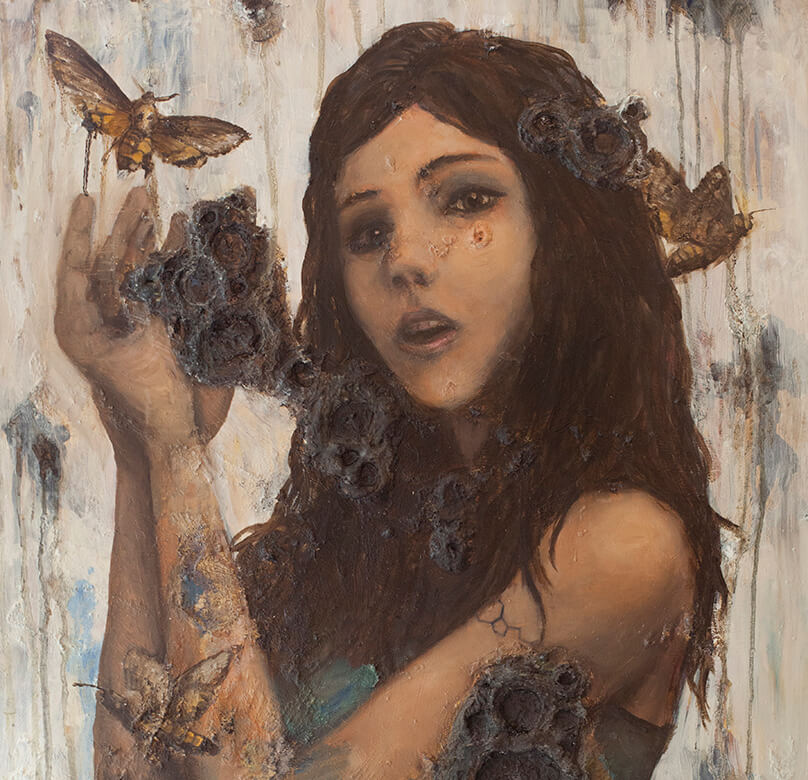 Performance by Dan Smith of Listener

Metro arts entrepreneurs Joel Damon and Josh Powell have regrouped to bring another version of their always entertaining DIY events, this time to Vinton Street. They call this current collaboration “Project Project,” “an experimental space that focuses on promoting and enhancing the experience of art, music and lectures in our community.” This latest installment features the artwork of notable Lincolnite, and an entrepreneur himself, Nolan Tredway to South Omaha with his latest edgy narrative and visionary paintings, long a favorite to Metro viewers. Tredway is currently the co-director of Tugboat Gallery in Lincoln, while operating his own studio/gallery space there as well. Though the award-winning Tredway may be best known as a painter, his marionette short film series, “Milk,” has been shown nationally and his multi-media work includes toy and t-shirt design. Honors include the Ida M. Vreeland Award and a Nebraska Arts Council Individual Fellowship. Dan Smith, the lead singer of the spoken-word rock band Listener, will perform both solo works and select songs form his band’s catalog. His performance will take place after the art opening nearby in the River City Saloon on Vinton. Smith will be joined by special guests Kris Rochelle of Red Sweater Lullaby and Dan Olsen of Sack of Lions. Tredway’s exhibit will continue until Sept. 28 by appointment only.