Home » Art » Literary » ‘The Look and the Longing’ 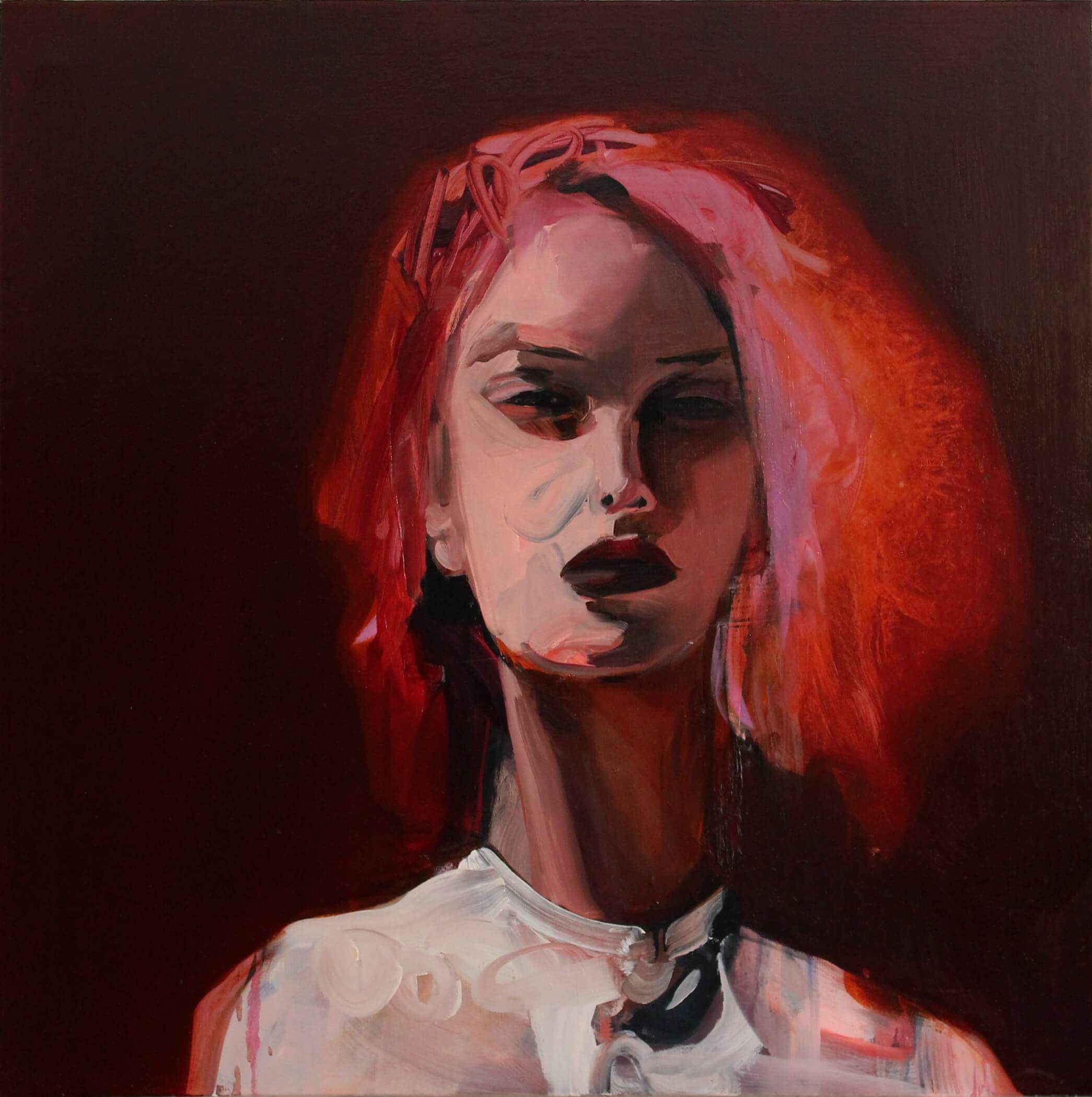 Oil painter Theresa Pfarr is featured in The Look and the Longing at Modern Art Midtown’s figurative March show.  Starting with cut & paste collages based on research from fashion magazines and advertisements, suggestions of identity loss and re-development occur in this process.

Pfarr then creates images in oils responding to the disparate paper fragments.  Edges morph, limbs distort, and paint melts into an incongruous collection of images of women, which seem to speak to the anxiety prevalent in today’s world.

The images expand in meaning with surface texture and paint handling to convey a strong yet personal struggle with the artist’s own self-evaluation.  Building on the figurative approaches of Richard Diebenkorn and color sensibilities of Wayne Thiebaud, Pfarr has succeeded in providing a woman’s visual lexicon to add to the societal struggle of finding a place in the never-ending drive to consume promoted by the media.

“Red”, shown, is an outstanding example of Pharr’s painterly approach. Theresa Pfarr lives and works in Princeton, New Jersey.  She holds an MFA degree from the Virginia Commonwealth, a BFA from the University of Cincinnati, received a Pollock-Krasner Foundation Grant, and has completed residencies throughout the U.S., including Kimmel Harding in Nebraska.