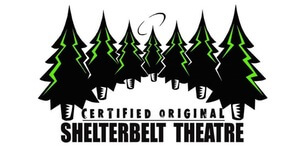 The term “singularity” (https://en.wikipedia.org/wiki/Technological_singularity) suggests a potential for science fiction or, alternatively, a look into real things to come. Mathematicians and physicists use that word to posit that, as technology keeps moving forward, so too will changes in human life and that human behavior, as we know it now, might cease to exist, possibly as early as 2030. Spinning off from this whirling, troubling theory, present-day elements like artificial intelligence, human biological enhancement and brain-to-computer interfaces could bring about such an alteration in our existence and that of our progeny.

Playwright Crystal Jackson delves into the ideas percolating within singularity in a play of the same name. There, a previously-young woman connects to mysterious “dark matter” to make herself reproduce progeny. Her body rapidly alters exceeding nature’s pace. Could this be shape-shifting Alice munching a Wonderland cookie? Or perhaps another Ellen Ripley finding her interior ripped open by an alien? Or is this a more philosophical think-piece urging caution about having too many umbilical ties to the rapid embrace of all things technological?

You may have already seen and heard what Jackson has to say. Her self-defined comedy surfaced here at the Great Plains Theatre Conference in 2013. And Boston’s Science Fiction Theatre Company saw the merits of this script and officially debuted it last year. Jackson’s work has also been developed and produced in New York by EstroGenius, GLO, and Gene Frankel Theatre, with other performances in San Francisco, Dallas, Houston and beyond. (https://about.me/cryjack)

You’ll have to plan your own future to decide what may be to come when you go to find out at Shelterbelt.