Home » Art » Literary » To BEnefit or not to BEnefit 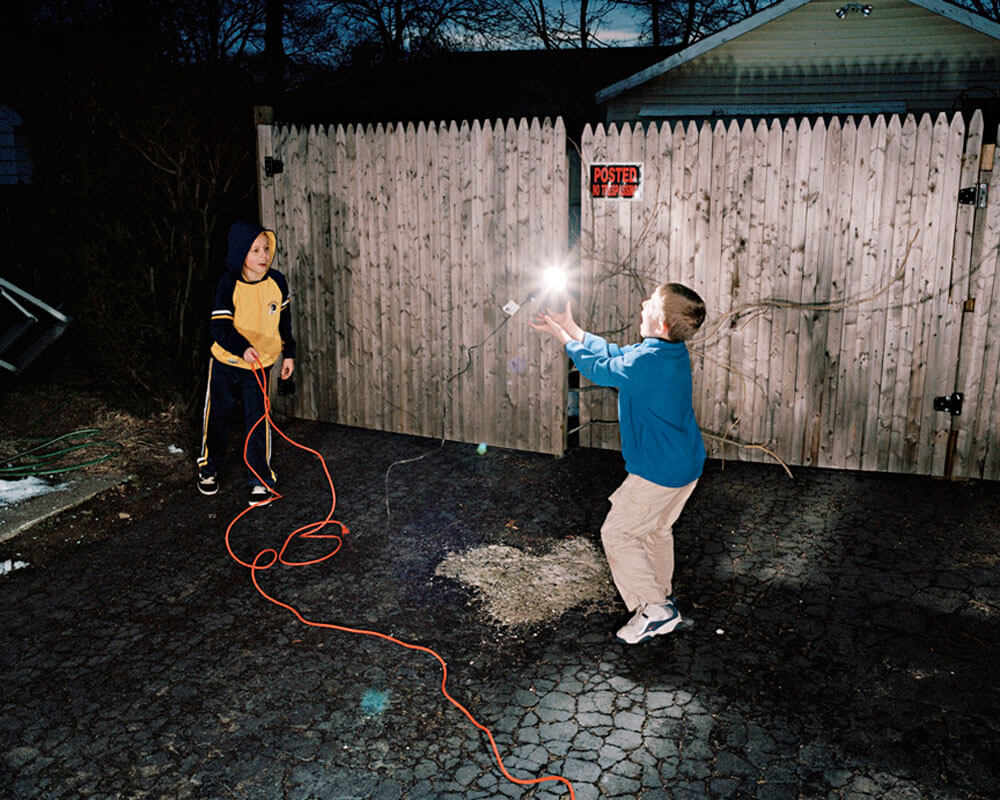 To build a better art auction…build it, it is said, and they will come.

That’s the goal of the Bemis Center for Contemporary Arts when it launches version 17.0, Saturday, Nov. 21, and in the process, reunite the Metro with the venue’s mission.

“Better,” because after general dissatisfaction with recent efforts the Bemis Center promises “a return to its traditional format,” one that staff hopes the entire arts community will find more engaging and beneficial.

That would explain the event’s name change to “Bemis Benefit Art Auction” that Development Director Carol Kobza says re-establishes its primary focus along with its party-going celebration.

“The title of the event in the past indicated that it offers collectors an opportunity to purchase art at bargain price,” Kobza said. “The name has been changed to emphasize that the (auction) is a fundraising event.”

One she said that Bemis hopes will “benefit” all including, not only its residency program, public engagement events and exhibitions in 2016, but all the artists and patrons who participate in this year’s auction.

Traditionally, Saturday evening will offer patrons more than 230 works from 200 international, national and local artists in a silent auction in four galleries with specific bidding schedules throughout the evening. The fundraiser culminates in a live art auction led by auctioneer Wes Schlobohm and his team from Kansas City.

To set the stage for the main event, Bemis staff and volunteers have planned a series of preview nights, from 6-7:30 p.m., Nov. 11 (BE First), Nov. 13 (BE Together) and Nov. 18 (BE Honored) that will give the press, public and artists a special look/see at the art on the wall which will continue to be on view until the auction.

These are free events, but for the Nov. 21 auction the public will pony up $100 per person in advance or $125 at the door for the evening’s food, beverage and festivities. Already, nearly 200 admissions have been sold in an early bird, half price sale that ended Oct. 23 in order to encourage attendance by “new collectors, artists, students, and, generally, those who might not be able to attend at the $100 admission rate,” Kobza said.

Advance bidding begins online this Friday, Nov. 6 at Paddle8.com/auction/bemiscenter where a full array of the art can be seen. Further information as well as A Buy It Now option can be found at bemiscenter.org.

If the above sounds familiar, one can rightly assume that it’s Bemis’ attempt to restore the auction as the most annually anticipated contemporary art event and exhibition in the Metro, one that began some 16 versions ago.

Though historically quite successful at all levels, in recent years, the auction has endured such comments as “elitist,” “expensive,” “experimental,” “inefficient,” and even “too often.”

Collectors complained about high starting bids and reserves while later congratulating themselves on a buy it at less than asking prices for similar work in private galleries.

Some artists resented being asked to donate year after year while others felt dissed when they weren’t, often one and the same. Still others balked at anything less than a 50/50% split on any sale.

Meanwhile, the event increased in nights held, number of galleries used– including the former Underground–length of time it took up gallery space and the amount of art on the walls, swelling to as many as 400 plus works on view, salon style. By 2012, the bidding, let alone navigating process had become so challenging, that Bemis experimented with a digital system, which it quickly abandoned the following year.

It was if Bemis had lost its mojo, and artists and patrons alike forgot that the auction’s main goal was to support artists supporting other artists (residency program). Especially disconcerting was witnessing, auction after auction, the sad sight of more than half the art still hanging, without a single bid. That had to be discouraging.

Not that partygoers didn’t have a good time. Former director Mark Masuoka, staff and volunteers as well as a long list of sponsors saw to that in the hope of creating the proper vibe conducive to their own version of “be there, behold and be generous.”

In return, Masuoka said in 2009 that he was proud of Bemis’ reputation “to throw some of the best parties in the area. But he also acknowledged the terrific strain it placed on staff energy and time by saying, “We have 45 days (each year) we aren’t planning for this auction.”

Masuoka’s successor, Adam Price, recognized the conflict during the 2013 event and attempted the following year “to separate the historical art auction into two separate events—some kind of high-end fund raiser for a relatively smaller group of donors.

“Then, on a separate date, you’ll also see an all-out community party where we can thank the community without needing to charge hundreds of dollars per ticket in order to achieve our revenue goals.”

In the opinion of this writer, the resulting 2014 fundraiser, “Maximus: A Circuit for the Senses,” and the thank you party, “RGB Cocktail Party,” Bemis organized were both creative, enjoyable happenings. But, the tacked on, last minute auction held in conjunction with the former on the fourth floor was not. Whether the fundraiser achieved its revenue goal is debatable as Bemis does not normally reveal its net profit on similar events.

Besides, as Kobza accurately points out, though fundraising is job one, Bemis, as well as the entire arts community, profits in other ways that are immeasurable and difficult to quantify.

“Often, the public assumes that Bemis Center makes significant profit from the auction,” she said. “However, once the cost of staff time, advertising, printing, contractors and a myriad of other expenses are included, the event is more a celebration of contemporary art than a profit producing benefit.” Still, Bemis is making every effort to lower overhead, in order to improve its bottom line.

“We would love to have all the catering, alcohol and other sponsors donate their services,” Kobza added. “Blue Moon has stepped up. Catering Creations has discounted their service. A vendor is working with us to donate specialty cocktails…we are still looking for a wine sponsor.”

Despite past difficulties, Bemis’ most loyal supporters and artists are grateful for the auction’s return to its original, familiar, festival atmosphere.

“For many years the Bemis Auction was a beautiful format and formula that worked,” participating artist Mary Zicafoose said. “And then it quit working. Perhaps, when it ceased becoming selective and started salon styling hundreds upon hundreds of pieces of art.

It was always one of the best parties of the year, and everyone knew it.  And always you could find, and then fight to own, an amazing piece of art. I said ‘amazing’ not ‘bargain’ art.”

Patrons and collectors Lori Reed, John McIntyre and Laura Vranes can identify with Zicafoose on all accounts. Reed calls the auction “one of my favorite events. It is so much fun. I find it interesting that some of the pieces I’ve chosen on a whim are the ones my eyes return to with joy every day. It’s like meeting a new friend.”

McIntyre says he likes “the thrill of the hunt,” while Vranes favors the social vibe saying, “I enjoy seeing all the artists who participate.” And anyone who knows and appreciates the individual contribution of either to the Metro arts scene will not be surprised to hear the always uniquely attired Vranes add, “The Bemis auction brings out Omaha fashion which I enjoy.”

The 200 participating artists were chosen by a trio of judges that included Larry Roots, artist and owner of Modern Arts Midtown Gallery, Ellina Kevorkian, Bemis Artistic Director for residency programs and Alex Priest, Bemis Exhibitions Manager. Besides the option of a 50% split on any sale, artists are also eligible for an additional benefit.

“Artists who submitted their work via SlideRoom and live within a 100-mile radius of Bemis will be eligible for a 10-person group exhibition happening in 2016,” Priest said. “We will make the announcement on November 23.”

Priest is also impressed with the overall quality of the work in the silent auction citing just a few of the pieces on display.

“While difficult to narrow down the wide array of favorites to one particular artwork,” he said, “I was particularly drawn to Christopher Prinz’s ‘Nickel Shard’, Heron Bassett’s ‘Block’, and Karen Linder’s ‘Potato Chips.’  I enjoyed these pieces in particular is because they show a high quality of craft and wit while being made by artists here in Omaha.”

While Bemis is also focusing on the “here and now,” new Director Chris Cook, barely on the job one month, and his staff are already looking ahead to develop new funding solutions for the coming year.

“The Bemis Center’s membership campaign is about to begin,” Kobza said. “This gives supporters an opportunity to donate as little as $50 and as much as $5,000 or more to help make Bemis programs possible. The alumni program puts us in touch with 800 global artists who have been in residence at the Bemis Center. We hope to tap into this powerful network to develop new ways of providing funding for one of the world’s top ten artist residencies.”

Meanwhile, while many in the community hope that the auction stays on Bemis’ radar, they too have concerns about Bemis’ success and role in the future. Better branding and encouraging a younger audience are often high on suggestions going forward by artists and patrons both.

“Get the message out on social media,” Reed said. “We can create the community we want by supporting the things we value.”

Zicafoose says recruiting a younger generation for the sake of continuity is “Terribly important. Ask the Joslyn YAP group how they became so successful. I believe you make this cultivation of an age demographic more than a one-night stand. It has to spring from a genuine and sincere courtship.”

But artist Muller, who cautions that “the Bemis Board of Directors would do better to focus on larger corporate donations rather than the relatively smaller, unreliable amounts generated by memberships and auction proceeds,” nonetheless has a specific suggestion to entice younger artists and collectors into the fold.

“Bemis should bring back the Underground or similar experimental gallery,” he said. “It was highly respected by local and regional artists and was the most viable connection for area artists. I would personally get behind such a fundraising effort.”

The draw of the Underground he says would benefit collectors too.

“New collectors are probably more adventurous and apt to be polymorphic in their tastes, and wholly less interested in the name-recognition game that seems to have marginalized all other artists in the past several decades. There is also a much better chance that they will bring new energy and investment dollars into art that might be otherwise overlooked by established collectors.”

Zicafoose also sees the need for change in Bemis’ future despite, like many of her peers, welcoming a return to a traditional auction format.

“To stay on the cutting edge you must constantly be shifting and repositioning yourself to find and redefine that edge,” she adds. “The public gives an organization a very brief grace period to regroup and repower.

“As a former Bemis resident artist, this has been painful to watch. That said, I have great belief in this organization and tremendous loyalty to it. When Bemis goes well, the entire Omaha arts community thrives.”

The same can be said for the Bemis art auction. When it goes well, everyone will “BEnefit.”