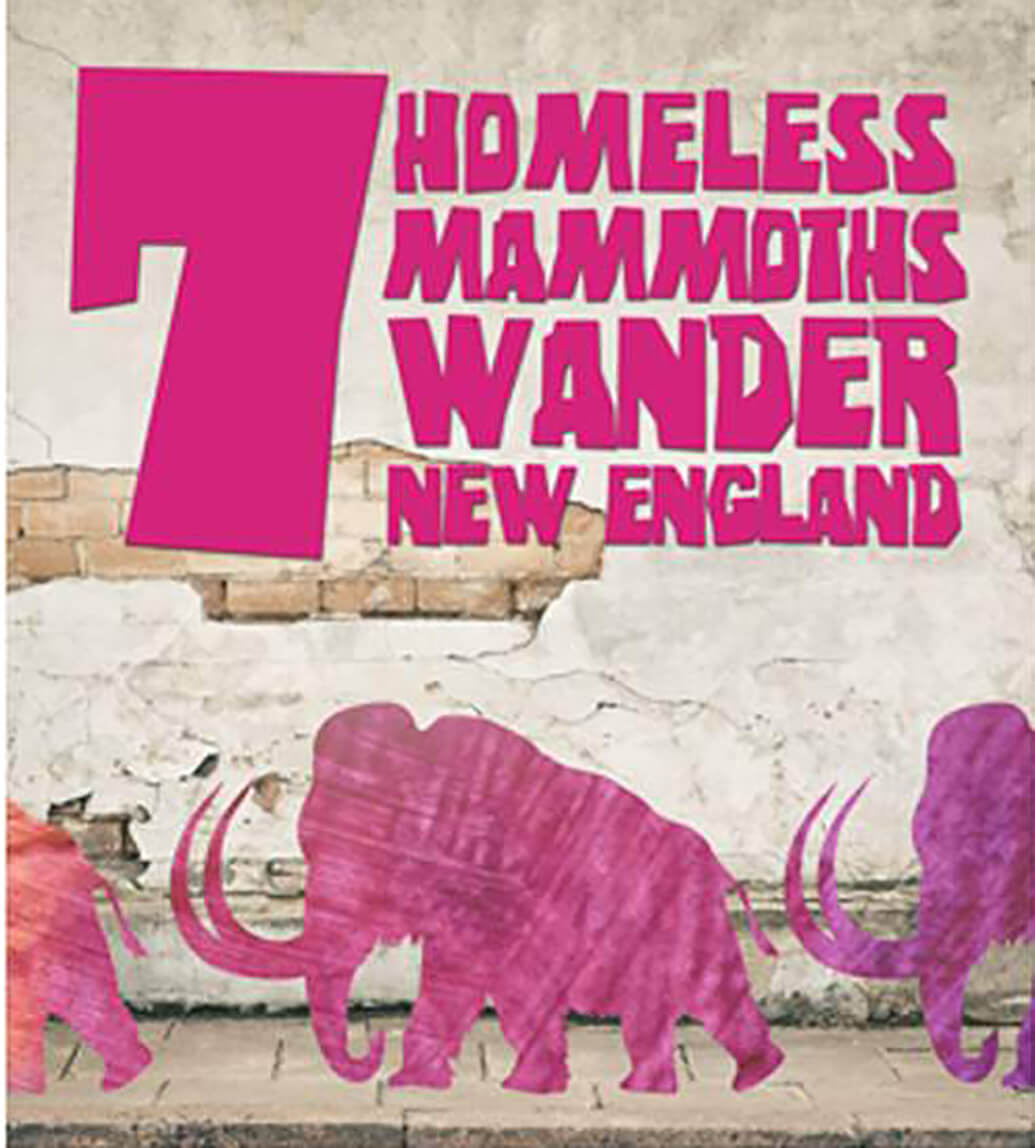 With a play title of Seven Homeless Mammoths Wander New England you might expect a trek into science fiction or echoes of Thornton Wilder’s The Skin of Our Teeth.

But rather, as you’ll learn in SNAP Productions’ staging of Madeleine George’s script, it has something to do with a questionable exhibition in a small college town’s natural history museum, subject of an emerging local crisis.

Most on exhibit, though, is a different display involving evolving human relationships.  A love triangle among three women. Lesbians, yes. An issue? No. The university’s fiftyish Dean Wreen, having split with equally aged mate, Greer, lives instead with a young former student, Andromeda, who claims that they have an “alternative kinship relationship.” But Greer, suffering from cancer, is offered solace by being invited to move back in. Shades and shadows of mortality hover.

In this six-character dramedy from 2013, the tight little community is in a state of shock. Not only about the domestic arrangement, but also about university plans to save money by closing the run-down museum.

Madeleine George has “a clear talent for mining the fun from those earnest and well-educated folk who populate small college towns,” according to the Chicago Tribune. The review also calls this “an exceedingly funny play…subtle, dry, quirky.”

The (curious case of the) Watson Intelligence by the playwright was a finalist for a Pulitzer Prize and won an Outer Critics Circle John Gassner Memorial Playwriting Award. Her Precious Little and The Zero Hour were Lambda Literary Award finalists. George is an alum of the Soho Rep Writer/Director Lab, the Lark Playwrights’ Workshop, the Clubbed Thumb Writers Group, and a founding member of the Obie-Award-winning playwrights collective 13P (Thirteen Playwrights, Inc.). http://newdramatists.org/madeleine-george

A natural history, sure. Age old.