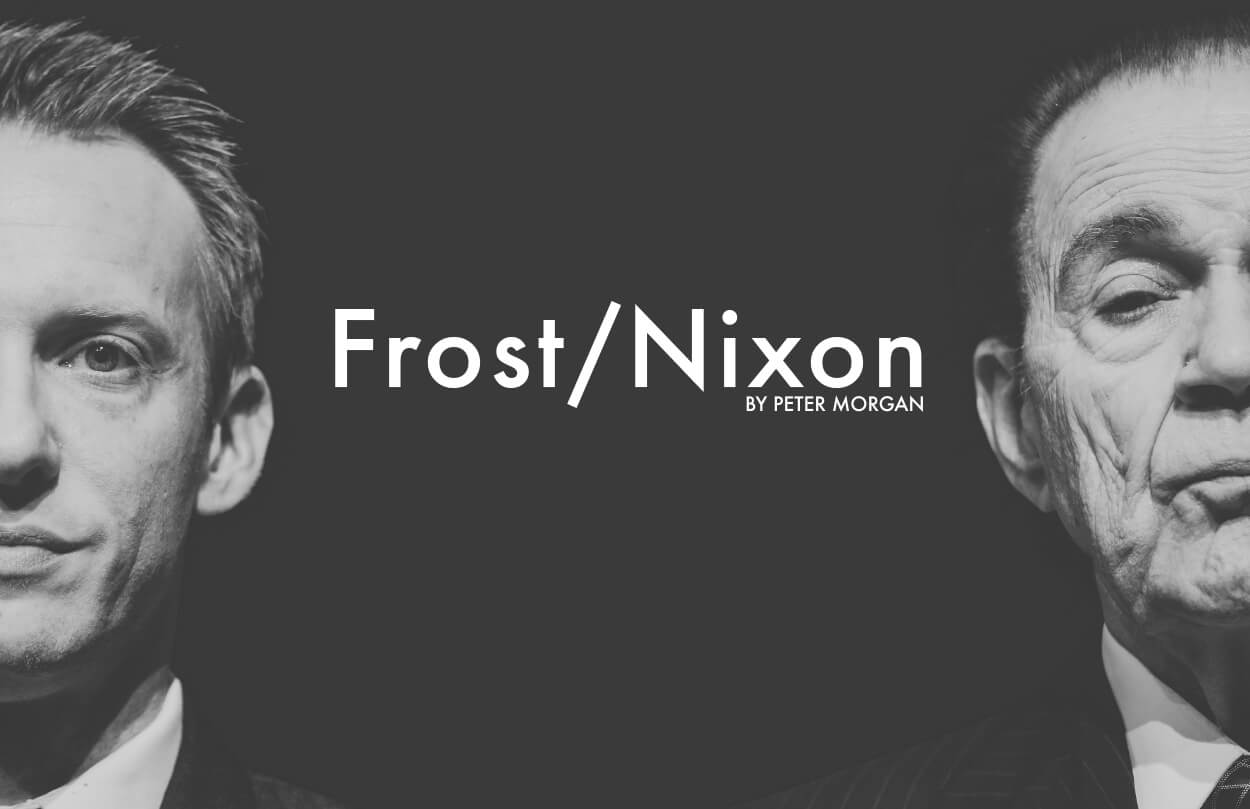 Frost/Nixon made my first visit to the new Blue Barn Theatre memorable for many reasons worth ranking roughly in order of their impact.

First, not Frost despite an appealing performance by Aaron Zavitz as the Brit talk show host, but Nixon as captured so perfectly by one of the top two or three male actors in Omaha, Paul Boesing. If you saw him in the Irish play Da for Brigit St. Brigit, you came to expect nothing but the best from this seasoned professional.

But I didn’t expect the chill of recognition that came at times from his treatment of the President who resigned from office in 1974. He inhabited Richard Milhaus Nixon in the Frost interviews that aired in 1977, a man motivated both by the money he was paid to defend himself and the hope of redemption.

The most chilling moment came with his back turned to the audience when something in his stance and the set of his shoulders seemed so eerily Nixonian.

Thanks to an artful script by Peter Morgan and the direction by Randall T. Stevens, Boesing’s Nixon remains a sympathetic victim of his own weaknesses while exposing the faults that led to his failure. It might be difficult for confirmed Nixon-haters to understand, but at this distance in time from his crimes, it’s harder to accept the hostility of journalist Jim Reston (Ben Beck) toward Nixon than the flaws in this resentful man.

Back to the reasons for such a memorable experience: If you attended the previous Blue Barn home in the Old Market, be advised to make your first entry to the new auditorium from the north side of the lobby. Artistic director Susan Clement-Toberer promised it would retain the essence of the former space, but that didn’t prepare me to feel I’d walked into their old haunts somehow transported intact to South 10th Street.

It’s great to keep alive the memories of so many terrific performances of the past and yet find  improvement in the steeper slope to make it easier to see over the rows in front of you. And that’s not to mention better restrooms, nicer lobby and all the rest.

But the play’s the thing, so check off a few more reasons it works: The big screen projections behind the two-chair set for the Frost interviews of Nixon began with a television test pattern and ended with portraits of the two actual principals. In between, the creative work of Bill Grennan added to the historical perspective and enlivened the minimal staging.

The supporting cast added significantly to the credibility in recreating this episode in American political and journalistic history. My favorites were Mike Markey and Dave Wingert. Markey played Nixon aide Jack Brennan, described by one reviewer as “a consummate toady and Nixon apologist.” I’d call him the consummate loyalist and protective friend, sincere in his support.

As for Wingert, as Washington, D.C., journalist Bob Zelnick, he benefits from the fact that I have no predispositions about the character and Wingert was convincingly authentic as the typical hardnosed journalist.

Beck, on the other hand, plays Reston, the famed New York Times man, who didn’t match my rich memories. That’s no fault of Beck whose narrative role effectively represented the feeling most of us shared: that we were due an apology from President Nixon.

Wingert, Beck and Matthias Jeske were an advisory team supporting Frost’s preparation for the interviews. It was easier to accept Brent Spencer’s treatment of talent agent Swifty Lazar, known more by name and reputation than persona, than his other role as the much more familiar Mike Wallace.

The story poses Frost as a performer seeking a boost for his career and risking financial ruin by committing his own resources before lining up backing for the expensive project. It treats Nixon as a man vainly trying to save his legacy by defending himself at a version of the trial he was spared by his pardon from successor Gerald Ford.

You should find yourself rooting for Frost to get a full confession from Nixon after failing to penetrate his defenses in the early interviews. But may also find more understanding for tricky Dick when he makes a drunken phone call to Frost revealing all his insecurity about the rich snobs he sees as looking down on him.