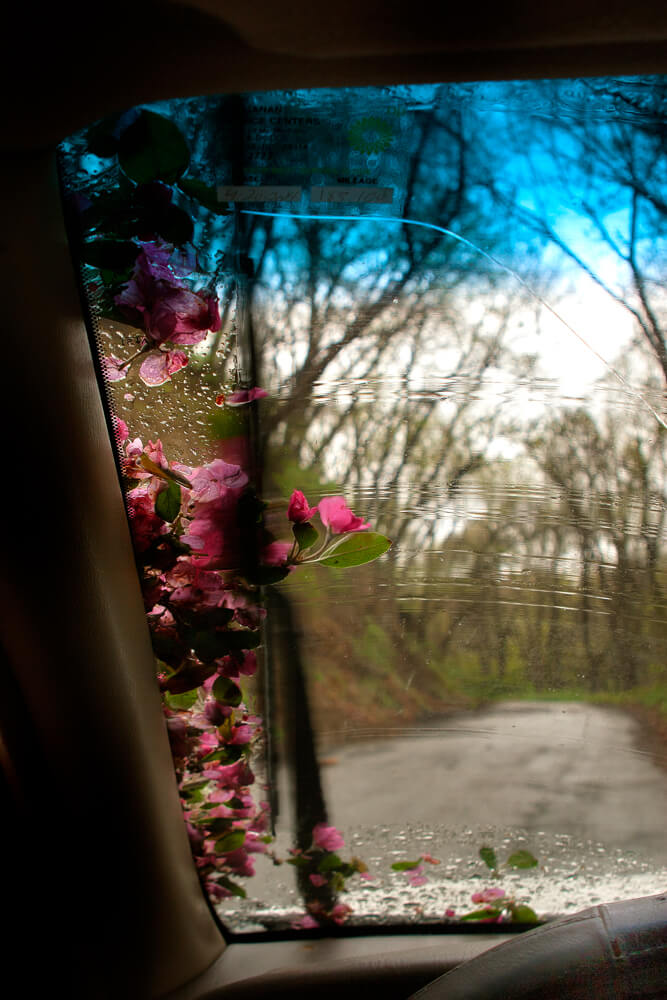 The goal of this exhibit, which includes a Nov. 20 artist reception, is to catch the spirit of this old North Omaha Park—with its venerable history, tales of ghosts, and habitation by today’s visitors. For just one photo, he hikes the area, looking for the detritus of human cast-offs to combine with the vegetation.

These abandoned objects spur the arrangements—a woman’s slip or an old Johnny Cash t-shirt—setting up a telling composition. “The Incredible Lightness of Being”, shown here, suggests in formal terms the juxtaposition of humanity’s habitation in the terrain.

Kruse sees his task as searching for the perfect light, perhaps night or before a storm, and then he composes an arrangement to gain that single shot that tells his story.

After graduating from Creighton University with an English degree and minor in photography, Kruse became a photo-journalist, where he did portraits in Chicago with the AIDS epidemic, in Gaza, which he viewed as a “mean, vicious society for women, children and animals,” and in New York, photographing famous artists, including Louise Bourgeois, Phillip Pearlstein, and Georges Segal and Sugarman.

Returning to Omaha, as well as fine art photography, Kruse launched the exhibit “Earth”, large black and white portraits of nude farm workers shown 10 years ago at MONA and 3 years ago at the Garden of the Zodiac. Riding a bike, his choice of transportation, Kruse travels light, shooting film that will develop into the next statement—perhaps another book of photos about the human condition.