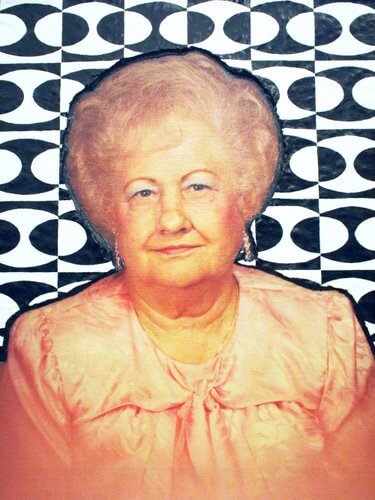 Not only does the Bemis Underground’s current show challenge one’s notion of “What is art?” it counters expectations of art exhibits itself. In a 21st century postmodern era of bewildering cultural influences and twists, we’ve come to expect that of Bemis both above and below the ground.

What Goes Down Must Come Up strains a bit with its premise–especially its subhead of Trial, Ascension, Requisite—as well as its experiment, but anyone who attended the Artist Talk the Saturday following the show’s opening couldn’t doubt the exhibit’s sincerity. If the show overreaches or wanders it’s the nature of experimentation to be counter-intuitive and to defy easy classification.

WGDMCU’s curator and primary artist, Brittan Rosendahl, who was awarded this opportunity as one of the three winner of Bemis’ 2011 Regional Juried Exhibition, began with a clear direction as explained in his statement and reiterated at his talk: “In this work I am attempting to bring together materials and examples that reference existing and familiar forms, movements and contemporary trends,” Rosendahl says, “which through refinement breathe freshness into their stale host.”

And this is exactly what he and a few collaborators have done. The exhibit is composed of 11 single or multiple repurposed or original works from him, painter Will Anderson, amateur videographer Kianna Alarid and installation artist Alex Bodell. In fact, it can be argued, considering its umbrella concept and personal vision and touches, that WGDMCU, with one or two exceptions, is greater than the sum of its parts.

In his talk Rosendahl, Underground curator Joel Damon and Bemis Chief Curator Hesse McGraw spoke at length about the paradox of art simultaneously looking to the past even as it redefines the present. The artist described with almost a pirate’s gleam just how bountiful flea markets and the internet are for securing booty for ones’ own creative intent. For instance, he cited two found images, “Congregation” and “Red Shoes” used here as contrasting, companion pieces, two headless black and white fashion mannequins and a set of three videos from Cameron that she created exclusively for her Facebook account.

With both subtle and extensive modifications, each of these works speaks for themselves to the show’s intent as well as a larger purpose endemic to this venue.  Bemis has staked its reputation on shows as varied and avant garde as Dream House on Rye and Extraordinary Rendition in the Underground and Borderland Abstraction and Placemakers on the first floor.

“We (Bemis) are trying to arrive at an ideal model in a show,” McGraw reminded the audience. “Can there not be meaning in chaos or random selection? A curator builds a model that questions what the model is.”

In that tradition, WGDMCU also flies against the convention of the ivory walls by holistically attempting to find order out of ambiguity which mirrors the challenges of the 21st century across the board. Within that additional context individual works reflect on issues of their own, aesthetically and often socio-politically.

The single most creative work in the exhibit is Rosendahl’s own “Fashionably Late,” a group of inkjet silk prints that hang from the ceiling and encircle a pillar in the venue. Each banner-like print sports a Mad Mannish image that the artist lifted from a Shriners Club meeting well in the past. By referencing the 50’s with these birds of a feather, the artist raises the question: when faced with current critical issues such as global warming or health care, do we flock together in ideological conformity, moving in circles, or face the future and get out of the rut? “Fashionably Late” invites such speculation with a pleasing aesthetic.

To the right of this 3D display, on the venue’s center pod, hangs “Positive Pulse. Resurrection of Form.” Despite the second half of its title, this is a clever wall installation that features a bank of full-figured, black and white Ma Bell phones arranged ironically in a plus sign. Their blaring, retro ring tones insert themselves annoyingly into the otherwise meditative atmosphere. And while we may smirk at this archaic technology, that “smart” phone in our pockets holding us hostage goes off and it too becomes part of the display and reminds us of how much we’ve progressed in the 21st century.

Another reminder of how things change yet remain the same, albeit more creatively, is Cameron’s three-channel “Untitled” video projection on the far west wall. What’s interesting in this triadic display of New Media is that each image features a kinetic dance performance of the artist that draws upon past media and informs the present. From left to right we have a noirish, expressionistic and somewhat monotonous loop that is one part tin kaleidoscope and one part video game. It’s the most amateurish of the three.

Things improve dramatically and visually in the middle channel with a dance that is sensual, erotic and as illusionary as a burlesque performance. The right channel tops them both with an ethereal black and white paean to silent movies. Though Cameron did not intend these videos to be published it confirms at least three things. One, not only are there exceptions to what passes for creativity and inspiration on the internet, secondly, YouTube and Facebook are egalitarian places for experimentation and ripe for the taking. But, third, the fact that such originality references the past continues to prove that no one creates something in a vacuum.

Less effective but still visually interesting is the mini-installation along the east wall that includes two companion but decidedly different repurposed images and the previously mentioned mannequins that front them. What’s going down here may be a bit fuzzy, but it appears that Rosendahl is commenting on fame, fashion and popular culture nicely tied together by a graphic black and white paint scheme on the back wall. Once again past may be prelude as this installation too invites speculation.

That the mannequins are headless, adorned in their auto-body paint job finery, suggests the mindless obsession America has with fashion, fame and trends of all sorts on and off the runway, as well as its slick representation in the media and the web. The heads in the display appear to be the portraits on the wall behind the mannequins titled “Altered Votive” and “Ebony and Entropy.”

Each portrait is a totem to a different era; the former is a discarded upside down print of Judy Garland embellished with text from Encyclopedia Britannica and a votive candle. The latter is an “encountered image” of an ordinary matron that bears a striking likeness to Margaret Thatcher embedded in a pulsating video adornment. Very psychedelic. It all seems to imply that cultural change, like most things, is the product of extremes or polar opposites. But if we swing from gilding the lily and wretched excess to the facile and surface finery, the display asks, what have we gained?

Typically, most of WGDMCU raises these issues without resolving them, challenging the viewer in a push –pull scenario. This includes Anderson’s two subtle, though provocative companion oils, “Empyrean (Yellow) and (Green)” that the artist says are “passive-aggressive” in the way they mess with viewer expectations of representation and abstraction.

Likewise, Rosendahl laid down an early gauntlet with his opening salvo, “Congregation” and “Red Shoes” that humorously and respectively contrasted the past with great solemnity and the present with wild abandon. WGDMCU may cast too wide a net with its radical approach to exposition, but it illustrates that neither past nor present has a lock on the sublime or the ridiculous.

What Goes Up Must Come Down continues until Dec. 8 in the Underground of the Bemis Center for Contemporary Arts at 724 S. 12th St. For details go to bemiscenter.org.