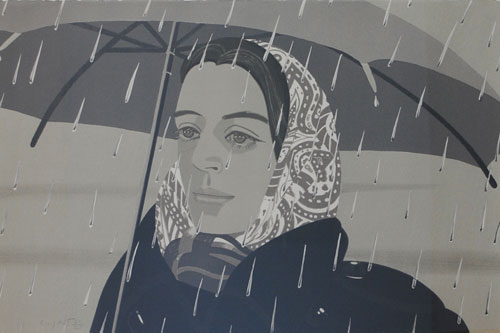 A new football season won’t be the only welcome distraction from an atypically divisive political campaign in search of a badly needed time out.

Nothing seems to unite this Go Big Red state quite like Husker football. But this fall key visual arts events promise not only to enrich but to help smooth over ruffled political feathers and bent Big 10 bragging rights, if necessary.

Politics, football and art may seem like strange bedfellows to some, but popular culture makes room for all three especially to the well-rounded Nebraskan in search of entertainment and enlightenment. After all, none in this trifecta has a monopoly on illusion and deception, hope and fear, success and failure.

Of the three, arguably, art offers the most consistent lift to one’s spirits, the best creative and non-partisan solutions to building community and the greater insight into the human condition. Beginning this October, Metro art museums, centers and galleries will offer a series of exhibitions and more from local, regional and international artists that will engage one in all of the above.

In fact, the single most significant display of contemporary art in this area will open next Friday, Sept. 21, at the Bemis Center for Contemporary Art to preview its annual auction, Saturday, Oct. 20. Significant, because, as in the past, in no other exhibit seen this year will a patron of contemporary art be able to see regional artists share the same space and spotlight with other well-known and reputable national and international artists.

Although Chief Curator Hesse McGraw says there are fewer pieces overall in this month-long show, “this will allow individual pieces to gain greater space and attention for viewers in both the Underground and on the first floor.” The 14th annual auction will also facilitate and concentrate the bidding process, especially in the silent auction with two important changes: first, the auction will be limited to one night only, Saturday, in both the Underground and in the main galleries.

Secondly, Bemis will introduce a new digital bidding system similar to one successfully used by the Henry Doorly Zoo that will allow patrons to track and make their bids right up to last call that night on strategically placed wall pads as well as their smart phones, instead of in front of a desired work of art. “This is more convenient,” McGraw says, “but it also means (patrons) can do their research and planning well in advance in the auction show.”

Speaking of national and international contemporary artists and their work, three major arts venues will feature such this fall in key exhibits. The Joslyn Art Museum will present Under Pressure: Contemporary Prints from the Collections of Jordan D. Schnitzer and His Family Foundation which opens Oct. 6 and continues to Jan. 1, 2013. Under Pressure boasts work from over 30 artists including Jasper Johns and Sol LeWitt to Damien Hirst, Kiki Smith and Kara Walker.

Omaha’s two full service galleries, Modern Arts Midtown and Anderson O’Brien will offer several key exhibits that highlight artists from their stables and more. Chief among these is the return of nationally recognized, painter/sculptor John Himmelfarb, now based in Chicago, to MAM in a show that opens Friday, Oct. 5 and continues through the month. Himmelfarb brings to the gallery work that introduces the artist’s recent preoccupation with the truck, rich in cultural and economic associations. MAM will also exhibit the paintings of Edwin Carter Weitz, Nov. 1-30 and Jane Pronko, Dec. 6-29.

Other show-only venues, including the Bemis Underground, RNG Gallery in Council Bluffs, New BLK, the Fred Simon Gallery and Hot Shops Galleries in Omaha have their fall schedules beginning in October worked out while plans are still in the making for Peerless, the Dundee Gallery, Benson’s First Friday Galleries and Bill Hoover’s new gallery space in the old Mastercraft building in NoDo. El Museo Latino and the Bancroft Street Market are planning Day of the Dead celebrations in October with details to come on their websites.

Noteworthy among these offerings are: Christina Stormberg and Friends at RNG which opens Nov. 9; a uniquely titled “Shit” show at New BLK in October exhibiting participants Kim Reid Kuhn, Chris Fischer and Brion Poloncic as well as a duo show of Jeff King and Anthony Brown in December; Tom Bartek will continue at the Fred Simon Gallery in an NAC Invitational Exhibition; and Hot Shops lists another helping of Grimm Fairy Tales curated by Tearee Caswell in October, a Regional Printmakers show, Pulled from the Matrix, in November and drawings from Nancy Lepo in December.

Special mention must be made of Bemis Underground’s last offering in 2012, which highlights Brittan Rosendahl, a 2011 Bemis Center Regional Juried Exhibition winner. Rosendahl will curate a group exhibition, Nov. 16-Dec. 15, which includes, along with himself, artists who resurrect stale and forgotten images, movements and trends stripped of their identity. This multi-faceted, mixed media exhibit should make good use of the Underground’s prodigious spaces.

Not to be outdone, two local university galleries will exhibit three artists also with significant educational backgrounds. If you miss the above Bartek show at the Fred Simon Gallery you can catch up to him and Thomas Majeski at the UNO Gallery, opening Oct. 5 and closing 2012. The show is called Tom Bartek Retrospective: Assemblages and Thomas Majeski 3-D Prints and that’s exactly what you can expect from these two former art professors.

In addition, the Hillmer Gallery at the College of St. Mary will feature a Sr. Mary Lavey Art Exhibition which runs from October 22 until Dec. 15. Lavey’s life centered around education while her art, specifically in the medium of clay, focused on spirituality and nature and this show will highlight her pottery and clay vessels.

But mention pottery to anyone in this area in fall and they will tell you not to miss the annual Omaha North Hills Pottery Tour Oct. 6-7, which is a labor of love for the clay artists who participate in several sites in this area including the Florence Mill, Dennison Pottery in Ponca Hills, Too Far North Wine Tasting in Fort Calhoun and Big Table Studios in Herman, NE. For details as to artists and their work as well as time and directions go to omahanorthhillspotterytour.com.

Lastly, while you are celebrating autumn splendor, take time to share another celebration with the Kent Bellows Studio and Center for Visual Arts. Wishbone 2012 is the center’s first annual benefit which will honor the venue’s fifth anniversary of community service in bringing together mentors and students in after school arts programs. The affair, which will feature art of its namesake, mentors and alumni, will be held Saturday, Oct. 6 at the Bemis Center for Contemporary Arts.