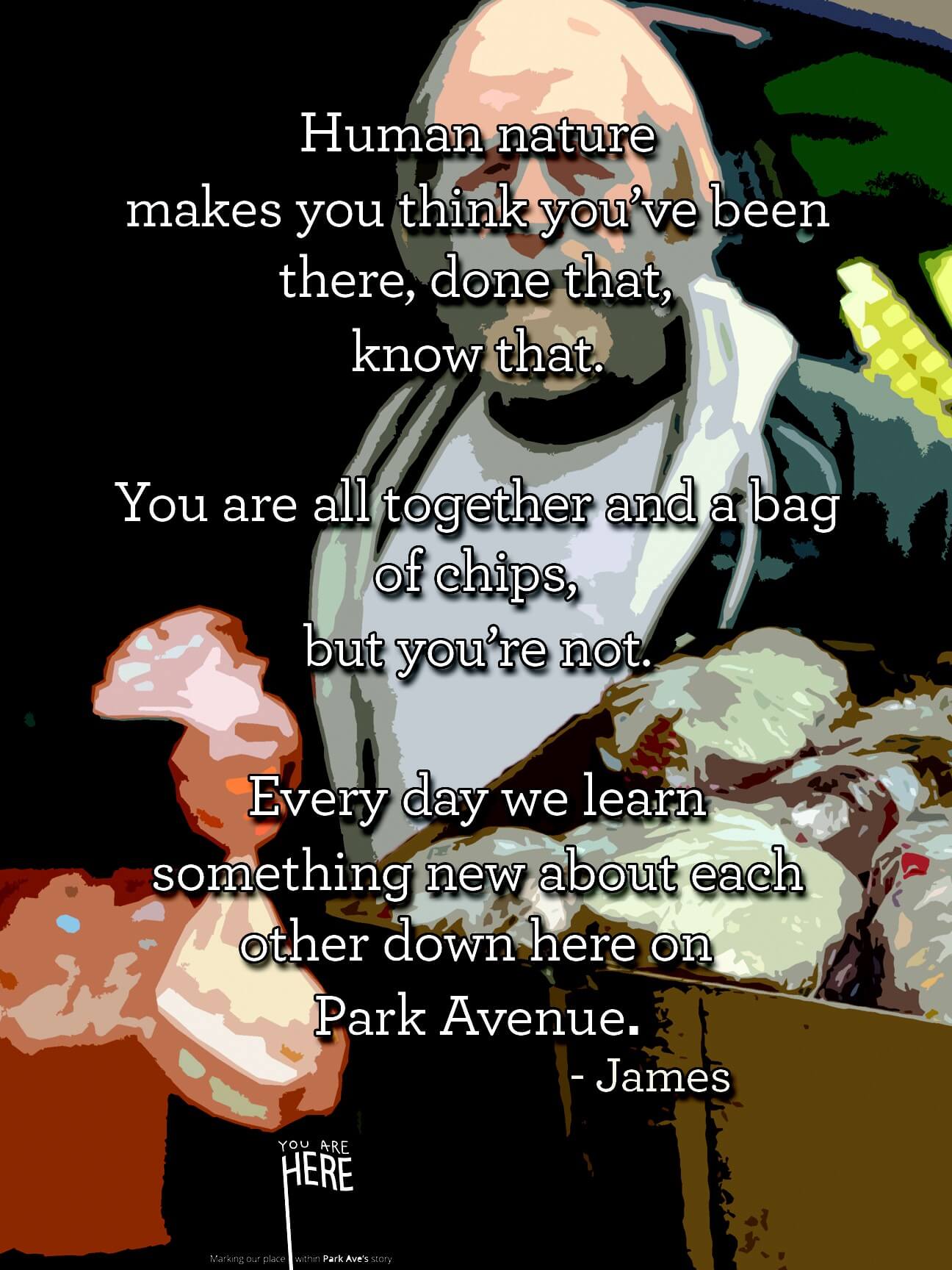 Having visited the South Omaha studio of artist Watie White a few times in the past, I was surprised on my most recent foray to encounter a new object dominating the space:  a long table (actually, three tables lined up end to end) composed of reclaimed wood (flooring, doors, etc.) and seemingly waiting for a grand, if rustic, meal to be served to a large group of people arriving at any minute.

White reminded me that this table was left over from all that ever was, always is, a public art project on display from July to December of last year in two abandoned homes on Emmet Street in North Omaha.  White facilitated conversations with local residents about the history of the community that took place one-on-one and in a series of community gatherings—some seated at the table just mentioned when it was set up between the two dwellings.

Based on input from these conversations and photos and other documents unearthed by his investigations, White produced dozens of paintings that were reproduced as vinyl prints and hung in the windows of the two homes for the duration of the show.  The images faced outward and thus conjured up for passersby the sense that a crew of busy inhabitants was inside living out their lives as family members, friends, and neighbors.

White’s latest public project is a mural installed last month on the side of the ten-story Park North Tower, one of two public housing projects located in the picturesque Hanscom Park neighborhood. The piece has the apt title You Are Here, which reaches out and includes the viewer, “you,” directly in the experience of coming to know a particular place, “here,” through the people who give the place its character.

You Are Here emerged from a partnership with InCOMMON Community Development, a local non-profit that provides life-skill and job readiness training as well as employment opportunities and a meeting place to residents of the Park Avenue community, a poor subsection of Hanscom Park in which 34% of adults and 42% of children live below the poverty line.  Also supporting the project are the Gerald R. Ford Birth site and Gardens, located just down the street from Park North, and the Leavenworth and Hanscom Park neighborhood associations.

As the title of last year’s piece suggests, all that ever was, always is was aimed at recapturing a disappearing past and bringing it back to life temporarily, with the hope that it would thus somehow “always” be present.

The national non-profit organization Habitat for Humanity loaned the two Emmet Street houses to White for the show.  The fact that the structures were demolished at the show’s conclusion made the images of past lives even more poignant—and also problematic, depending on how you feel about Habitat for Humanity’s strategy of demolishing homes as part of what it calls “blight remediation.”

You Are Here, by contrast, is about celebrating a community that is very much alive, with its diversity and vitality signified by the mural’s gigantic group selfie of twenty-six of the neighborhood’s more notable citizens (and two dogs). Most of the individuals depicted are still alive.  One exception is former president Ford himself, who jogs across the mid-space of the mural as if he was late to get the memo about the gathering.

Standing at the corner of Woolworth Avenue and Park Avenue and taking in the mural as a whole, I found myself wishing for a reference guide filling me in on the backstory of the individuals depicted, the shopkeepers, neighborhood activists, venerated senior citizens, and others all staring outward from the mural as if to take in the surroundings of which we viewers are a part.

The lack of such an interpretive support underscores the fact that this mural is most appropriately aimed at the people in the neighborhood who walk by the mural every day, many of whom probably know several of the people depicted in the collective image.

White was helped in the production of the piece by the technology of mural-making.  The company that enlarged White’s series of portraits to the scale of a ten-story building is the same company responsible for Stored Potential, the series of banners installed by the organization Emerging Terrain on 13 grain elevator silos along Interstate 80 starting in 2010.  To the consternation of many, these banners were removed last summer.  One hopes that You Are Here will have a longer lifespan.

Art as a means of community engagement has been a dominant theme in the art world since at least the 1970s.  It is fair to say, however, that by and large the engagement sought by artists has been on their own terms, as an opportunity for them to invite the public to experience the world from their perspective for at least a few fleeting moments.

White’s approach is more radical in that it imposes a special set of obligations on the artist in how he or she goes about creating a work of art.  In White’s public art projects, the series of conversations leading up to the creation of the work (and continuing while it is on view) amounts to what might be called crowdsourcing or collective content generation.

White is partially turning over a set of decisions (what should be the subject matter of the work?  In what manner or style should it be represented?) to a constituency that is both co-maker and audience.  The table in his studio is an apt metaphor for the ongoing presence of outside voices in his artistic practice.

Strolling down Park Avenue, I also found myself pondering other parts of White’s oeuvre, and in particular the woodcuts that can be encountered in places as diverse as the Community Engagement Center at the University of Nebraska Omaha and the Crystal Bridges Museum of American Art in Bentonville, Arkansas.  These works are dense, patterned, secretive, and often haunting.  They depict landscapes and structures populated by errant birds, fornicating rodents, and the brooding presence of the artist whose hand has produced this intricate plethora of marks.

White points out in conversation that the “public” and “private” sides of his artistic output are related in that each creates a space for the other.  The same intensity that enables him to plunge into the personal and somewhat obsessive mark-making of the woodcuts also leads to the embrace of process, conversation, and narrative that one sees in works like You Are Here.  One never knows for sure which voices will speak, but rest assured that each in its turn will have a place at the table, an opportunity to be heard.