Home » Art » Man of the Moment 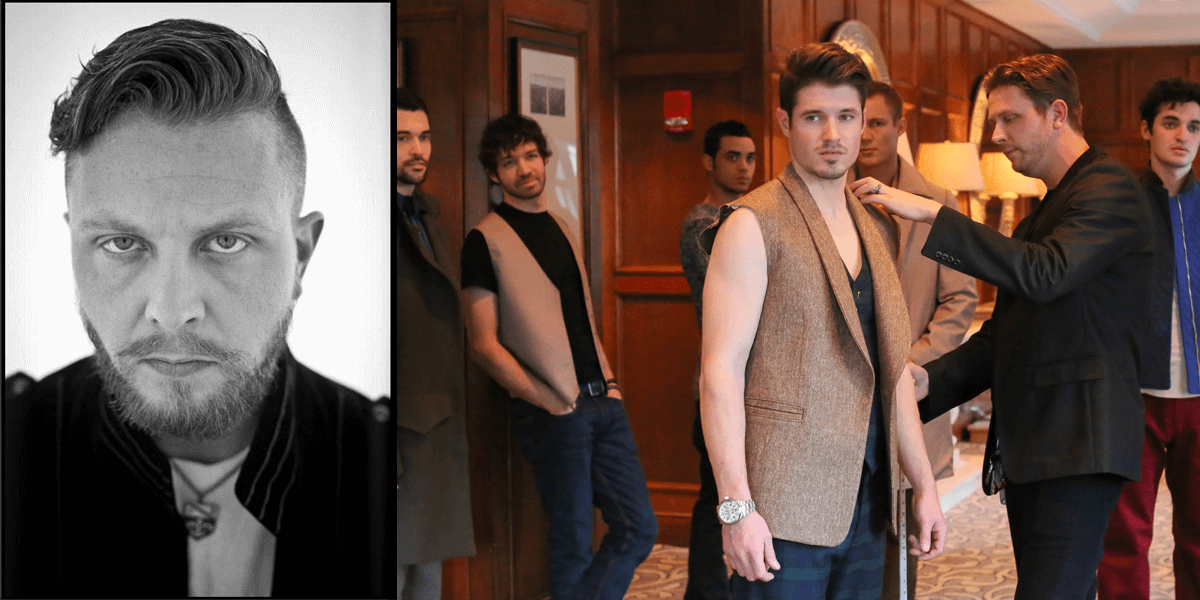 Christian Shuster, the designer of the christianMICHEAL menswear label is the name on the tip of all the fashionable tongues right now. He was the talk of the runways at Omaha Fashion Week last year when he made his Omaha debut; now he is back for round two with a whole new approach. The self-taught Kansas City native is known around his hometown and the Midwest for the necktie label he launched in 2000, and since then has been building a name for his clothing line as well. Known for his precise tailoring and creative looks, Shuster is on his way to making a big splash in men’s fashion.

Omaha Fashion Week 2012 was Omaha’s first introduction to christianMICHEAL. The collection was very period and literal with the inspiration. What else can people expect to see from the label?

“The label has always been about the style-conscious man. Last year was very period inspired, but at the same time I wanted to do something a little avant garde. I wanted, for my first runway production, to do something a little over the top as well. This year, I want to show some depth and range as a designer.  I want my looks to be seen from the runway and envisioned to go straight to retail, so they are 100 percent ready to wear.

The Reader: What was your inspiration for this collection?

A lot of my inspiration came from by the fabric selection I was finding. I was able to come across some beautiful wools and plaids. My mind started wrapping around that outdoor man — almost an American lumberjack meets English fox hunter type of thing. I looked a little bit to the turn-of-the-century English time period, but with some of the colors and prints it’s almost got an American ‘70s feel.

What can we expect to see this season?

I’m doing what I call an American sporting meets English fox hunting collection. It’s almost a sort of English country cottage look. There are quilted hunting jackets with corduroy patch shoulders and things like that. There are a lot of double breasted wool pea coats with herringbone weaves, plaid pants paired with solid colored jackets, and traditional three piece suits with a houndstooth print. We’re going to push the envelope a bit in the way of color and print, but we’re really falling on some classic styling lines with tailored jackets, pants, and vests.

Who is the christianMICHEAL man?

The christianMICHEAL man is 25-45 years old, active, hardworking and style-conscious but with just a little need of direction. Also someone who enjoys something very clean and tailored, appreciates a good fit, and who is not scared of making a statement in the right way.

What is your style advice to all of the men out there?

Know your body type and know the fit of your body. Fit is such a big part of menswear in looking clean and tailored. And don’t be scared to try new things. Don’t believe the rules that your dad and grandfather told you. Push the envelope and try to mix and match. Menswear is about being a headstrong and confident man.

Being a menswear designer, do you ever struggle with generating fresh ideas?

Not really. I draw inspiration from a lot of areas. I think that’s one of the biggest voids in menswear that you don’t see a lot of new things. I am a believer in never staying stagnant and always looking for what is new and what is next, especially with something that can be as stale as menswear. There are enough style conscious, fashion forward men today and there’s just not a voice for them. I’m trying to be the next great American designer for men.

In addition to Omaha Fashion Week, what is the christianMICHEAL brand up to?

What are your goals with the brand? Where would you like to see it go?

Ultimately, christianMICHEAL wants to be a wholesale American men’s label sold nationwide in retailers across the states. We’ll definitely get there. ,