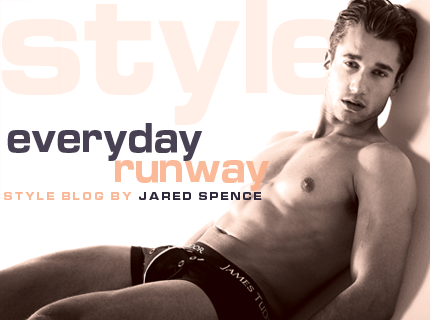 Men’s fashion is always a sporadically visited spot on Omaha’s fashion map. It’s an all- too- often perpetuated stereotype that men aren’t supposed to be invested in their appearance unless they are heading to the office or the alter. The truth is men simply aren’t given the option to “shop outside of the box” when it comes to casual wear.

Maybe with the addition of McLovin — a store for men the men’s fashion landscape will soon see changes here on the plains. The men’s boutique, located at 1010 South 10th Street nestled between House of Loom and Rain Salon, is in fact named “McLovin,” which as you may have guessed, is a nod to the “Superbad” film character as well as a play on owner Seth McMillan’s name.

“Everyone, including myself, giggles when they hear the name,” McMillan said, “But they never forget it.”

McMillan said he found there was a desire for higher end and more fashion forward accessories, underwear, and swimwear that currently is not being met in the region.

“I’m trying to present a small shop with small size runs on the basis of it being fun, very casual, but athletic and unique. It needs to be something you can’t find anywhere else in the city,” he said.

McLovin offers brands like the cult favorite underwear line Andrew Christian, as well as other brands that  are au courant in the coastal areas including  men’s intimate brand James Tudor and the 60s inspired bag line Pan Am.

“When I choose brands for the store, it’s got to be a great product,” McMillan said. “It’s not cheap fashion; and it’s not extreme high designer where it’s something you won’t feel comfortable wearing on the street. But it’s definitely something you want to be proud of.”

McMillan is on the track to carving his own niche in the Omaha retail market. His selection of items gives men the opportunity to dip their toes into a slightly more stylized look without stepping too far out of their comfort zone. Stocked with everything from hats, athletic pants, casual knit shirts and underwear to scarves, jackets and socks, McLovin is ready and eager to serve Omaha’s male population.

Mark off your calendars on Oct. 10 for McLovin’s grand opening event at Flixx Lounge, featuring an all-male fashion show and more.