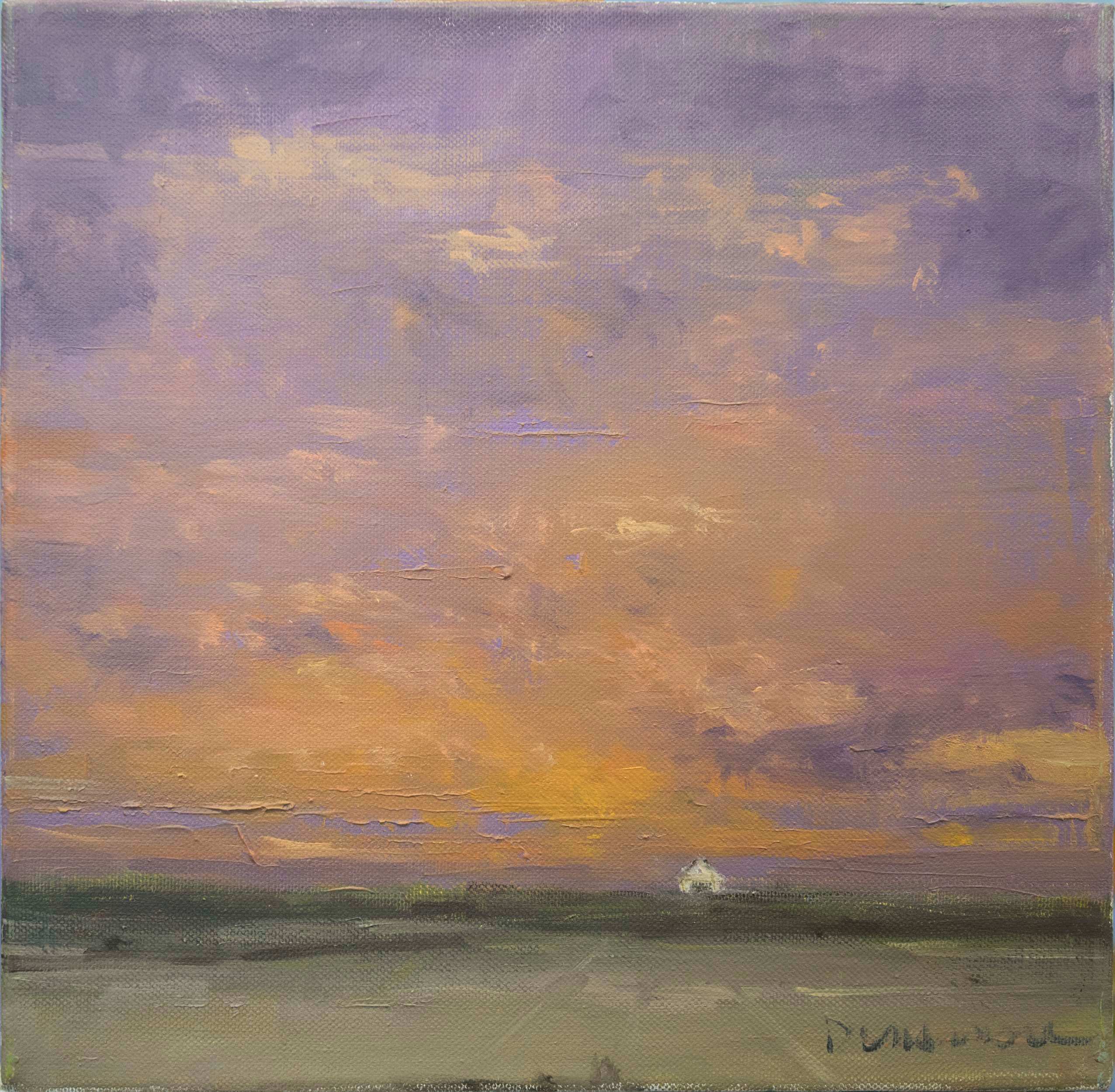 In both national and international collections, Dinsmore of Lincoln has exhibited his paintings in solo and group venues since 1985. His work can be found in varied collections such as the American Embassy in Paris, the Mayo Clinic. and United Airlines.

Photographer Garry Winogrand is often quoted as saying “I photograph to find out what something will look like photographed.” Dinsmore approaches his work with much the same mindset, finding beauty and reward in a wide range of oft-overlooked, everyday subjects and situations.

“Some condition in nature or subject grabs hold and I have no choice but to try to paint it,” he said in his artist statement. His impressionistic paintings have included landscapes, animals, still life, florals and abstracts; no subject is forbidden. His nuanced use of colors, and his rendering of light, combine to communicate mood over and above subject.

Dinsmore’s paintings will be paired with poems by Poet Laureate and Pulitzer Prize winner Ted Kooser. Born in Ames, Iowa, Kooser was Poet Laureate for two terms from 2004-2006. He is Presidential Professor of English at University of Nebraska-Lincoln.

His work is known for being concise, conversational and accessible. His weekly newspaper column “American Life in Poetry” is found in over 150 newspapers, and is available on line at americanlifeinpoetry.org.Kooser will also have copies of his newest publication —Kindest Regards: New and Selected Poems— for sale at the opening.

The opening reception for Pairingsis June 1, from 6 p.m.to 8 p.m. Both Dinsmore and Kooser will be in attendance at the reception. The show will be on exhibit through June 29th. Modern Arts Midtown is located at 3615 Dodge Street. Further information is available at modernartsmidtown.com or by calling 402-502-8737.