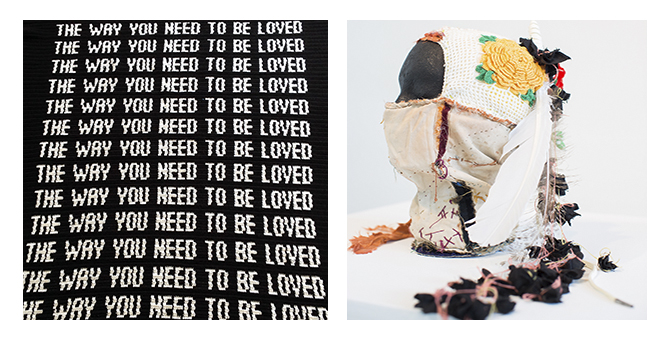 Whether racial, cultural, gender or political, “identity” is more relevant today than ever before, and Darger HQ gallery has the artists to confront it.

The Vinton Street venue presents a dual exhibit Friday, April 14 from 6-9 p.m. of Sarah Rowe and Angela Simione, artists whose work is known for defining and confronting identity, stereotypes and exploitation.

Rowe’s work is a modern excursion into self-identity and exploitation. She is known for her re-imagining of traditional Native American iconography and dream references and bringing a contemporary and provocative flair to the traditional and stereotyped. 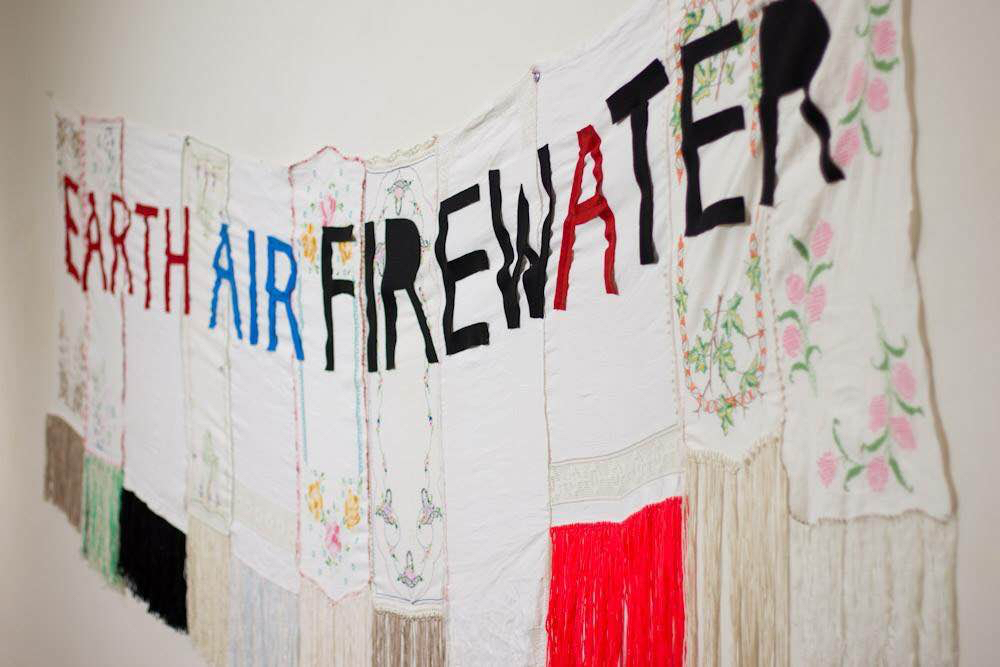 Drawing from her own Lakota and Ponce heritage, Rowe’s art spans from mixed-media sculpture to performance art and often injects “a bit of playfulness and sarcasm.”

As she stated in a recent Omaha Magazine article, “Using art as a platform is such a great way to raise awareness and have a dialogue, I want people to feel comfortable to approach me.”

She has exhibited through numerous galleries and arts organizations, and had work featured in Joslyn Art Museum’s popular exhibit, Art Seen.

No less introspective is New York-based artist Simione. She draws from very personal, identity-based reflection, family details and journal entries, things she says in her artist statement that “we often keep secret, creating signs that explore the act of individuation and the dynamic, indeterminate nature of personal identity. 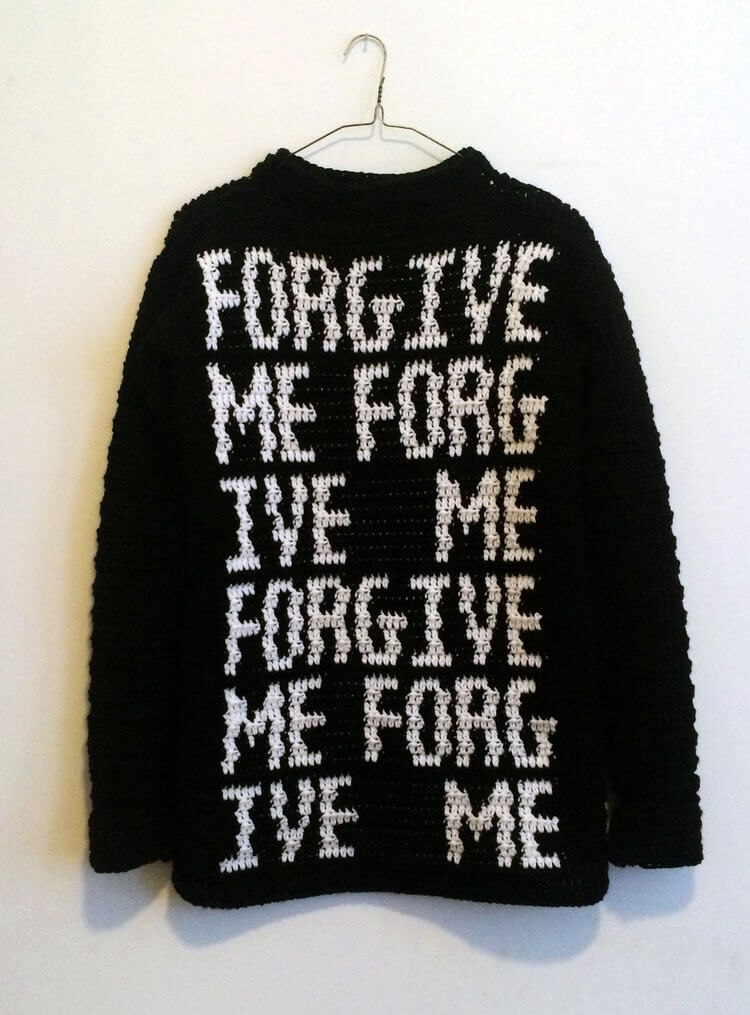 “I gather clues, fragments, snippets of phrases. I make uncomfortable, ambiguous signs that might even lead me, the sign maker, down a perilous road. Identity is made and re-made.”

Showing primarily in California and New York, New York–based Angela Simione is represented by Darger HQ and has been exhibited at its Lincoln, NE gallery.

The show opens with an artists’ reception on April 14 and continues through June 4. An Artist Talk is scheduled for 6:30 Pm the night of the opening. For details and gallery hours go to dargerhq.org or call 402.209.5554.