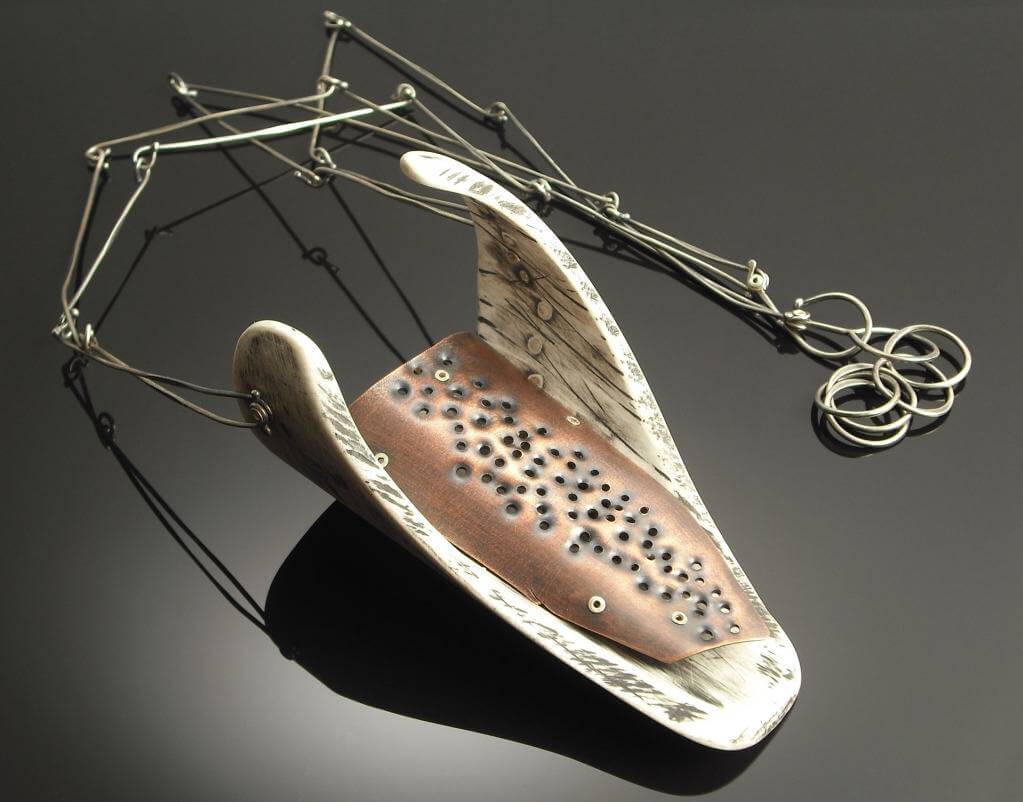 Lincoln jewelry artist Casey Sheppard was selected to exhibit at the upcoming Cherry Creek Arts Festival, a Denver event that selects just 230 artists out of 2,100 applicants annually. Her handcrafted jewelry is made with sterling silver, copper, PVC, found wood and spray paint, leather and other elements that make it an expensive trip for the artist. She started a Kickstarter Campaign to help her raise $2,500 ; caseyshepparddesigns.com.

Project [101]’s latest themed show is B[ugs]!. Participating artists had two months to create work inspired by all things insects. See the results at Studio [101] Saturday night. The date is also the two-year anniversary of Project [101] initiated by artist Janet Mills. They’re holding an after-party at House of Loom starting at 10p.m. If you attend the B[ugs]! exhibit the first drink is on the house. facebook.com/project101omaha.

Omaha-based artist Ying Zhu, who recently installed “Move Slowly” an interactive art piece at House of Loom, will be designing a set for “At The Vanishing Point,” a play by Naomi Lizuka, during the Great Plains Theatre Conference in May at KANEKO. This is the first time Zhu, the 2012 OEAA Best Emerging Artist and Best New Media Artist Award Winner, will design for a theatre production. Zhu’s work was also recently selected to be part of the main project at Moscow International Biennel in July and has a piece included in the 2012 Texas National Exhibition curated by art critic Dave Hickey. Yingzhu.org.