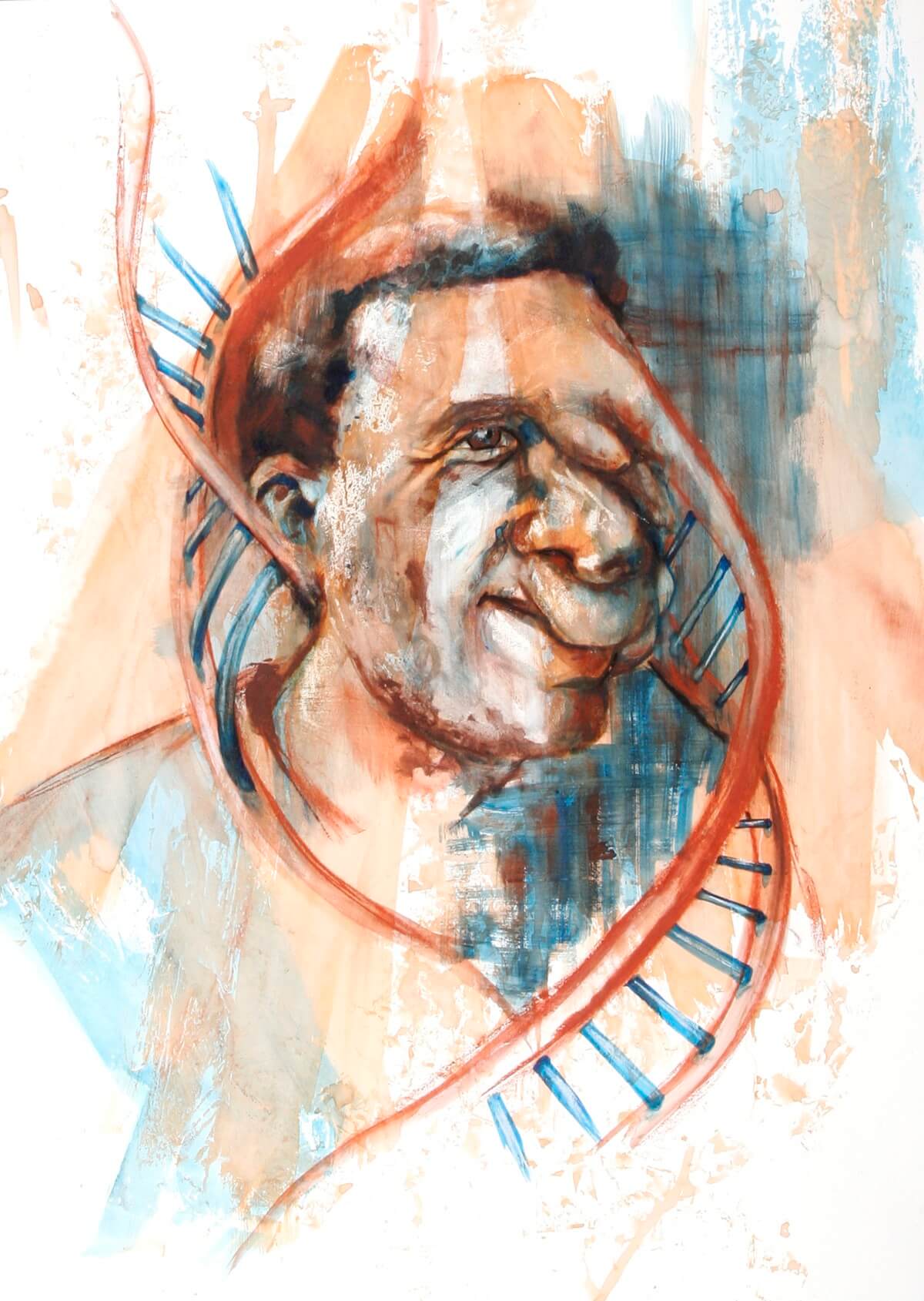 Freshly returned from an artist residency at the Art Institute of Boston, Omaha-based artist Rachel Mindrup is exhibiting two paintings in the Merriam Parks’ 2012 Heartland Artists Exhibition at the Irene B. French Gallery of Art in Merriam, Kansas throughout March. The two pieces accepted, “In the Genetic Code” and “I Can Say Neurofibromatosis, Can You?” are also part of Mindrup’s ongoing “Many Faces of Neurofibromatosis (NF)” project in which she is painting portraits and gathering stories from children and adults affected with the genetic disorder that causes tumors to grow along various types of nerves.

Omaha-based artist Jamie Burmeister, known for his “vermin.me” miniature sculptures is exhibiting in the “Art on the Plains” exhibit at the Plains Art Museum in Fargo, North Dakota. His 300 vermins spread throughout the exhibit and museum along with an interactive video piece, “The Music Within My Head,” won him the first place award in the show.