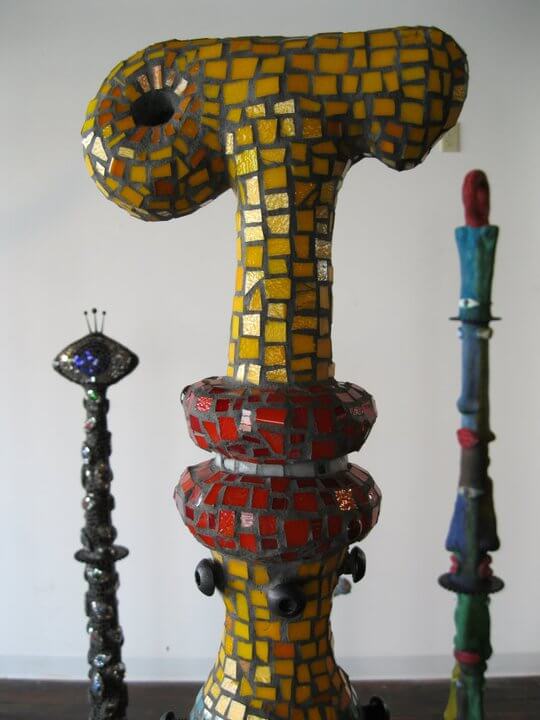 Also Friday, opening at RNG Gallery in Council Bluffs, a solo show featuring the graphite drawings of Mike Tegland. Tegland will give an art talk April 14 at noon at the gallery. Show runs thru May 6. dixiequicks.com.

At the Nebraska Arts Council’s Fred Simon Gallery, Richard Terrell, Painting and Jason Jilg, Photography opens Friday April 13 running thru May 18. Nebraska Arts Council’s 2012 Governor’s Arts Awards happened last weekend, but for those who missed the live event, it is now available for on-demand streaming at netnebraska.org/publicmedia. This year’s theme “The Arts Drive Nebraska” explored Nebraska arts and culture in “modern day cowboy style” from a chopper saddle on the open road. Guests were encouraged to attend in biker attire. Nebraska humorist Juli Burney and Dave Heineman, Governor of Nebraska, hosted the event with a performance by Celtic Cabaret. The festivities will also be re-broadcast on April 19, 7pm and April 22, 1pm on NET2 World.  Nebraskaartscouncil.org.

Bemis Center partners with PBS to present a sneak-preview of the sixth season of Art in the Twenty-First Century on April 12. This Peabody award-winning series is the only primetime national television series focused exclusively on contemporary art. This event is free and open to the public. In other Bemis news, the Community Arts Residency program in partnership with Heartland Family Service is currently accepting applications from artists in all media to work with local nonprofits. Deadline April 30. Bemiscenter.org.

Cut Out + Keep, an online craft community based in Edinburgh, is now boasting over 100,000 members worldwide. Founder and crafter Cat Morley and her web developer fiancé Tom Waddington lived and worked out Omaha of during the site’s beginnings. The duo road-tripped thru 48 US states last year and made their home back in Edinburgh after earning a nod of approval from Facebook’s Mark Zuckerberg at a Hackathon event in London.  Cutoutandkeep.net.