Home » Art » Murder by Death w/ The Builders And The Butchers 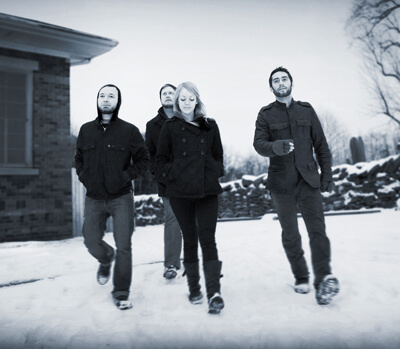 Feb. 20 Murder by Death w/ The Builders And The Butchers & Damion Suomi And The Minor Prophets Waiting Room, 6212 Maple St. 9 p.m., $12, onepercentproductions.com Can someone please tell Bill Murray and Harold Remis to make amends and get Ghostbusters 3 out? Because I thought I just heard the ghost of Johnny Cash’s voice. Murder by Death’s Adam Turla’s vocals bleed shades of the Man in Black and are the linchpin for the band’s post-punk, rock, alt-country sound that makes use of an electric cello to achieve a sporadic western outlaw feel with a touch of southern American gothic. Known for their bad/good archetype concept albums, lead singer Turla explores the same themes with their latest studio album, 2010’s Good Morning, Magpie, but with a twist to their traditional modes of inspiration. This time, Turla went off the map, spending an extended period in the seclusion of the Tennessee mountains where he penned all 11 title tracks accompanied only by his thoughts. Together since 2000, Murder by Death’s set-list has taken on the feeling of a travelogue that could’ve been authored by Billy the Kid.