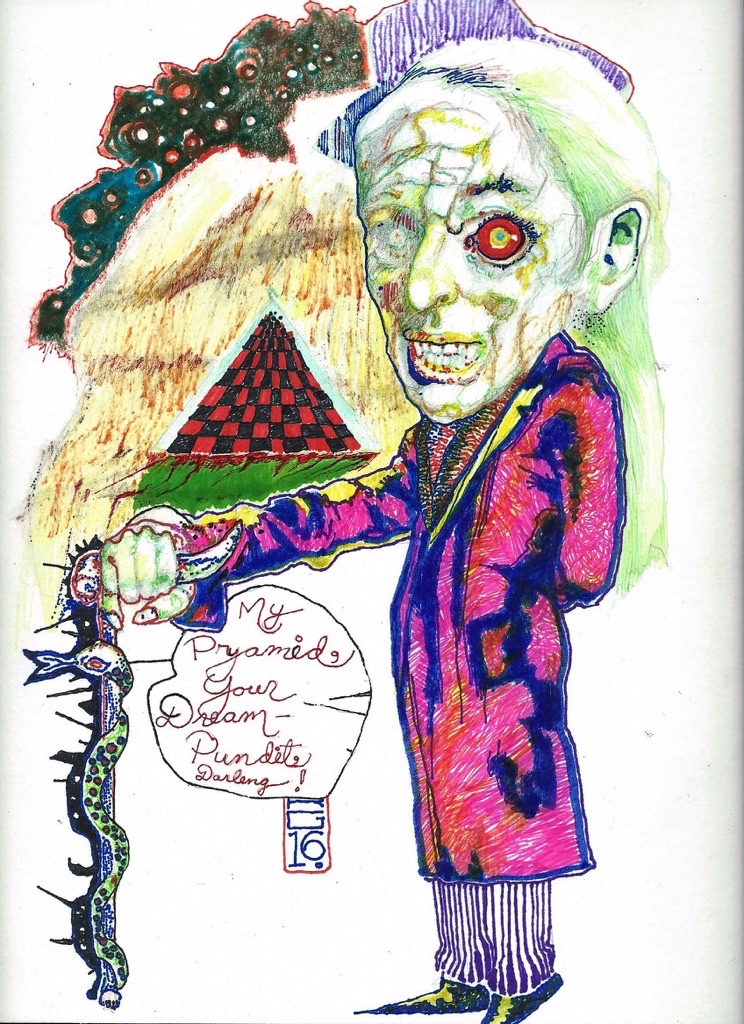 Mixed media artist Rodger Gerberding’s new exhibit at Gallery 72, Night Works, is aptly titled. Gerberding’s brand of exotic expressionism opens April 14, 5-9 p.m. during a Vinton Street 2 celebration and continues through Saturday, May 6. The artist will give a gallery talk, Wednesday, April 19 at 7 p.m.

Gerberding acknowledges the influence of German Expressionist Ernst Ludwig as well as French surrealist Andre Masson. The result can be seen in his own variation on a theme of edgy eroticism, both unsettling and hauntingly memorable in Night Works.

Though Gerberding has enjoyed a long and storied career, having been exhibited throughout the U.S. as well as the Metro, two virtually back-to-back exhibits at the Michael Phipps Gallery last decade caught this critic’s attention both for their psychological tone and visual prominence. 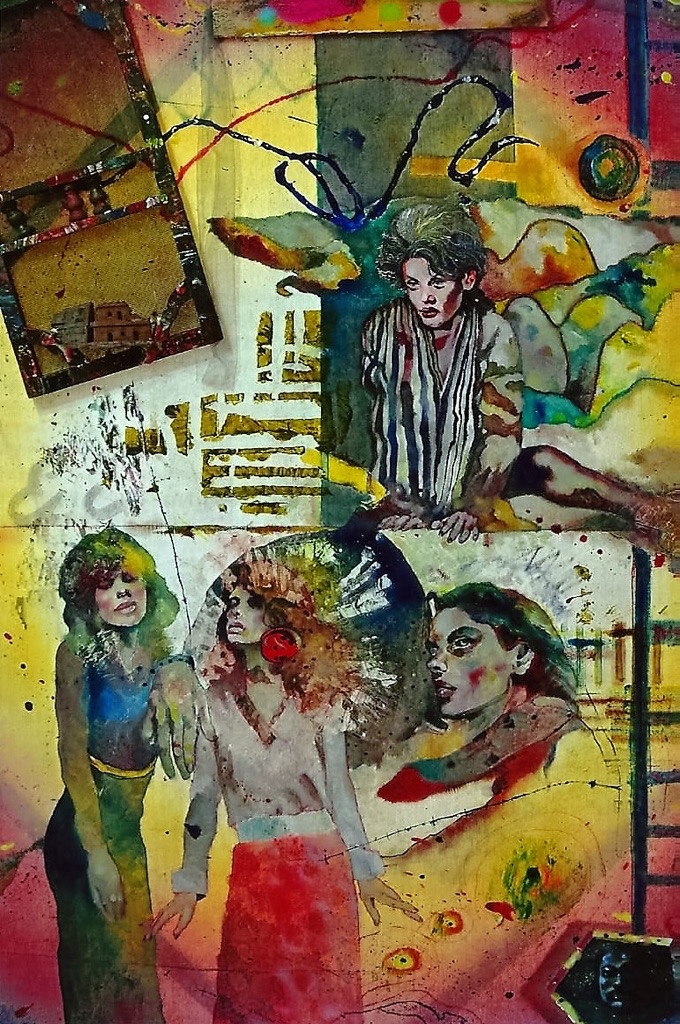 In the earlier Glass Houses: Story Pictures and the following Owning the Story, each is dominated by female figure and portraiture in various states of undress and distress. Regarding his personal vision, Gerberding has described his dominant female motif to be “what Jung calls the Anima, the female component in all men,” including his own discovery and identification with his feminine nature.

However, the creative process can take its toll as I described the face of virtually all of the shows’ women as strikingly similar: “She is attractive yet vulnerable in dark hair and eyes with angular features…her liquid gaze and provocative mouth barely conceal a troubled visage, a longing and maybe a world of hurt.”

And that woman continues to haunt the viewer in Night Works as it rivets our attention daring us to look away from its mixture of allure and angst and reminding us once again that the opposite of innocence is not guilt but experience. 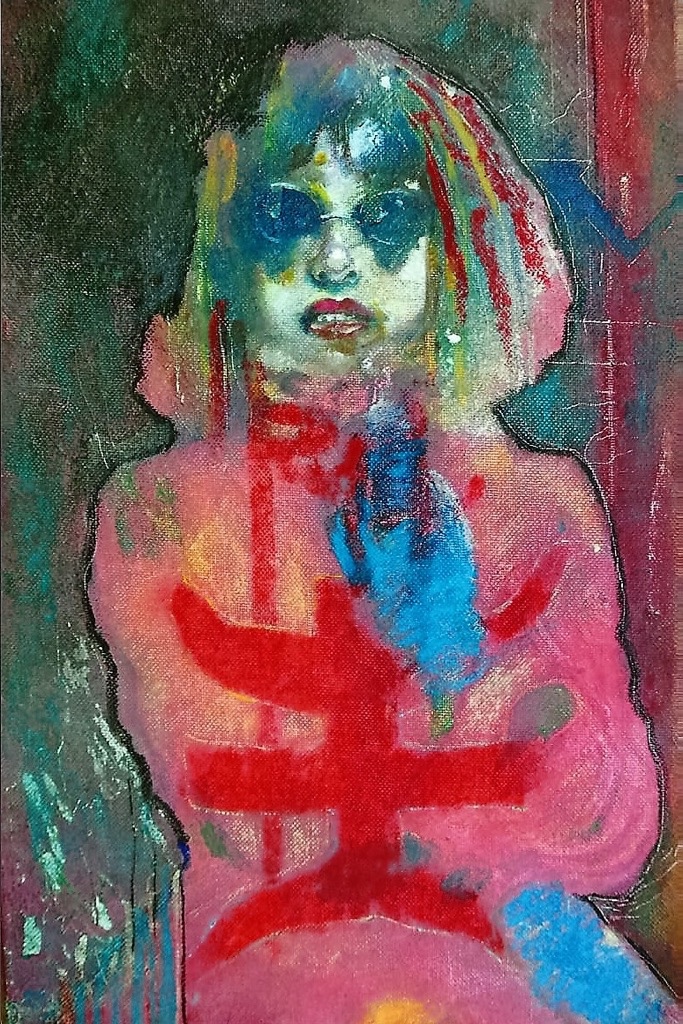 Which is to say that Gerberding is never judgmental in his point of view. His tone is one of empathy further enhanced by his careful attention to his mark making and illustration. On a more personal note, as a recovering alcoholic and former instructor for the Community Alliance of Omaha, a center for mental rehabilitation, he understands these women.

Educated as an illustrator and an art historian at the Art Institute of Chicago, the Chicago Academy of Fine Art, and the Goodman School of Drama, Gerberding’s creative work includes a wide variety of projects and media – from magazine and book illustration, to literary criticism, poetry, acting, and teaching

For 18 years, he taught applied art, creative writing, drama, and other recovery-focused subjects at Community Alliance, advocating for and working with persons with mental illness. For these and other projects, he was awarded the State of Nebraska’s Recovery Muse Award for 2014. 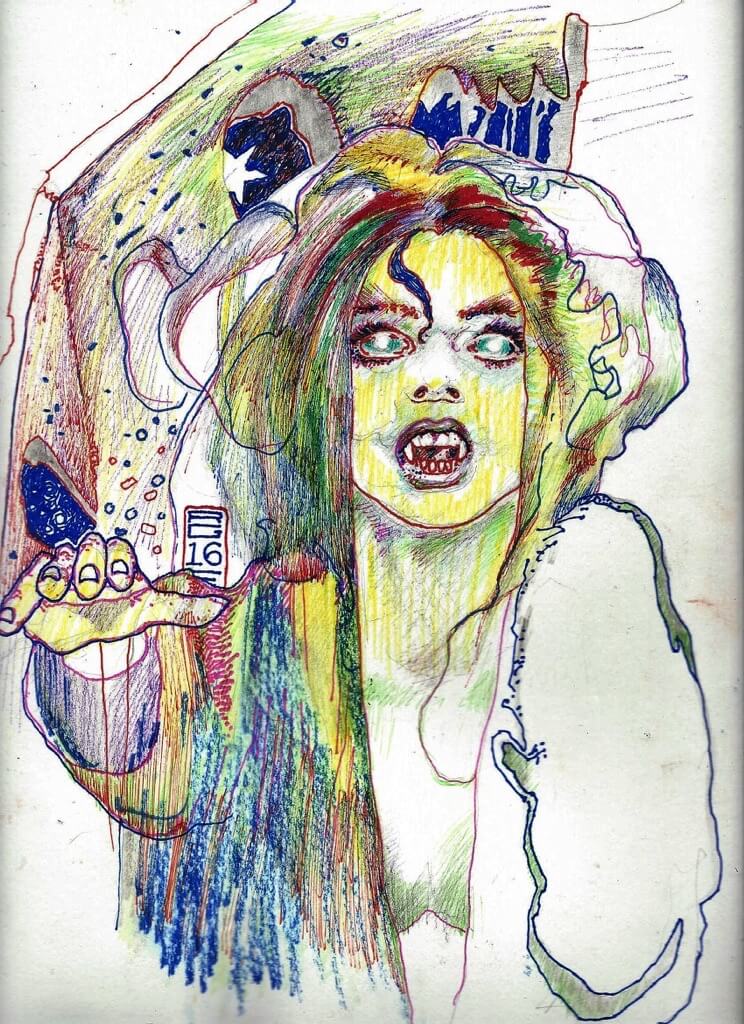