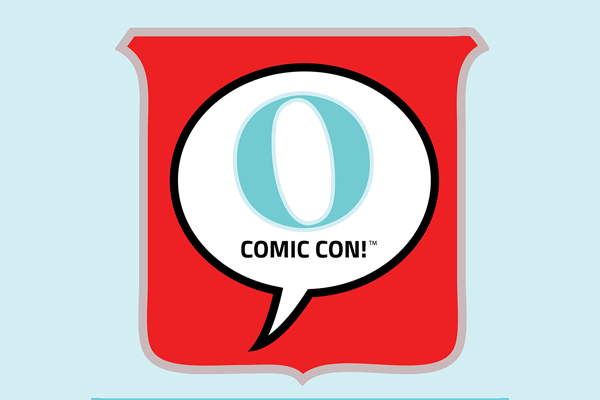 Comic convention season is in full swing. Around the country, scores of nerds of the comic, sci-fi, anime, television, fantasy, and gaming varieties are clumping together for weekends of excitement. The legendary Comic Con International is only two months away in San Diego. So what is a nerd in the Midwest supposed to do with their time, short of taking a trek to the coast?

The answer lies in O Comic Con, the brain child of Matthew Fujan and Rebekah Burchfield who wanted to bring people together. O Comic Con this weekend will be bringing comic, television, and movie stars from all things nerdy right to the Mid America Center in Council Bluffs.

Wrestling fans can meet hardcore-wrestling-legend-turned-New-York-Times-best-selling-author Mick Foley. Cartoon fans young and old are sure to recognize voice actors Billy West (Stimpy of Ren and Stimpy and Fry, Farnsworth, and Zoidberg of Futurama) and Maurice LaMarche (The Real Ghosbusters, Frozen, Loony Tunes, and Pinky of Pinky & the Brain).

There will also be an expo hall open all three days with collectibles, art, games, costuming, tee shirts, weapons, jewelry and of course…comics. The Omaha Public Library will also be attending, hosting storytelling panels and signing kids up for their summer reading program.

Dressing up is encouraged and there wil be a cosplay red carpet event and contest Saturday.