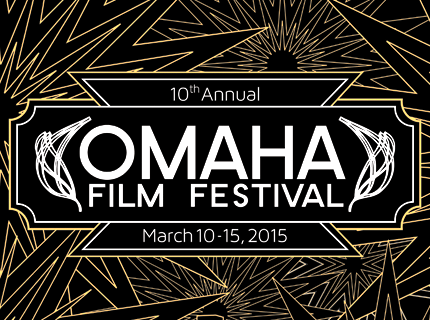 The metro’s work-in-progress cinema culture has lately come of age due to a montage of things. Alexander Payne making movies and bringing world-class film artists here. A surge of indigenous indie filmmakers. The advent of Film Streams. The slate at Omaha’s “original art cinema” – the Dundee Theatre.

Often overlooked as contributing to this invigorating mix is the Omaha Film Festival, celebrating 10 years with the March 10-15 edition at Marcus Village Pointe Cinema. OFF showcases work by indie writer-directors from near and far. Three short film blocs are dedicated to Neb-made films. To commemorate the fest’s history there’s a separate bloc screening audience favorite shorts from the first nine years, 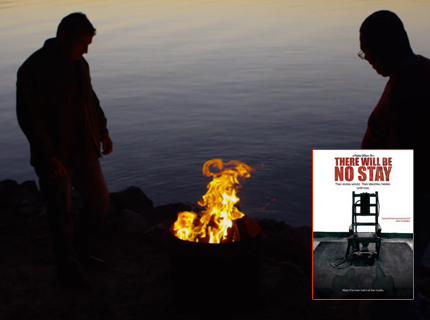 Among the feature-length documentaries is a moving and provocative work about the death penalty, There Will Be No Stay, by Omaha transplant and former stuntwoman Patty Dillon. The pic recently had its world premiere at the Big Sky (Mont.) Documentary Film Festival and will be making the national festival circuit rounds. CNN’s Death Row Stories will feature Dillon and her project in an upcoming segment. Series narrator Susan Sarandon champions Dillon’s film, calling it “a powerful and unique perspective on the death penalty.”

The film flips the typical death penalty debate by profiling two men, Terry Bracey and Craig Baxley, who worked as executioners in the same state prison and by charting the trauma that carrying out those awful duties caused them. They’re still paying the price today.

This is Dillon’s debut film as a director and getting to its premiere was a five-year endeavor. About the experience of Big Sky, she says, “It was truly a warm and gentle place to birth a first film. It was a bit surreal. You work on a project for so many years, revolve your life completely around it, then let it go for the world – hopefully – to see. You have taken your subject’s trust and just hope tyou have served their stories. It is such a controversial issue and I think the assumption is agenda or activism and that is certainly understandable. The foundation of the film is really more about dissolving human opposition, period. I was pleasantly surprised how receptive the audiences were.  It’s intense watching people watch your film. They laughed, gasped, shook their heads and greeted me with many unexpected hugs and hand shakes.”

On getting the blessing of Sarandon, whose role in the death row dramatic film Dead Man Walking earned her a Best Actress Oscar, Dillon says, “Susan and her camp have been incredible. She was initially going to narrate the film and after the final re-writes she insisted I do it. She felt it served the story better. I had just received two festival rejection letters when I got the email from her assistant she had posted the trailer on Facebook and Twitter. Irony. It’s been a crazy ride indeed and I intend to keep riding it with loads of gratitude.”

OFFs roots are squarely in the state’s small but robust and ever expanding indie film scene. Founders Marc Longbrake, Jeremy Decker and Jason Levering have a history making or working on indie projects. A decade ago they saw a gap in the Omaha film scene, which never really had a full-fledged annual festival before, and they filled it.

Now that Omaha has its own version of bigger, better known festivals, area residents can see work unlikely to play cineplexes otherwise.

Festivals are the take-what-you-get buffet of cinema-going. There are choices representing different cultures, styles, genres and influences. But the menu wholly depends on what films are entered and curated for this screen feast. Some entrees (features) and sides (shorts) are safer bets than others. Some come with a track record and others are unknowns. With upwards of 100 films in play there are hits and misses, and so the operative advice is watch-at-your-own-risk.

However, if you’re a film buff with an appetite for something different, then you owe it to yourself to try this cinema smorgasbord. You can always design a sampler menu of your own choice.

Longbrake says there is a place for a mid-size festival like OFF that lacks world premieres of marquee industry and indie titles.

“There’s a ton of people out there making movies that aren’t part of the Hollywood system,” he says. “The only way to really see independent films in a theater, except for the off-chance they’re picked-up by a Hollywood distributor, is by going to film festivals. So you’re seeing a different kind of movie. Sometimes low budget, sometimes without a recognizable star, although familiar faces do turn up.

“People sometime think indie-low budget are code words for lesser quality. I would argue independent filmmakers tend to worry a bit more about the art and the story than the makers of big budget Hollywood pictures. Indie filmmakers are putting their passion, their guts, their heart, their soul and their grandpa’s money into making a film that’s personal to them as opposed to Hollywood studios that tend to be motivated to make something that needs to make them money back.”

The fest’s not all about the voyeuristic ritual of viewing movies either. The art and craft is explored at the OFF Filmmakers Conference and Writer’s Theatre program. A slate of OFF parties bring film geeks, fans and artists together for celebrating and networking.

In addition to Dillon’s film, others to check out include:

This self-conscious art film portrays three disparate people whose physical disabilities don’t stop them from being fully engaged artists. Alice Wingwall is a much-exhibited Berkeley, Calif-based photographer and filmmaker who happens to be blind. Graham Sharpe is a musician with a severe auditory condition. In his native Ireland he writes and performs music and runs a major music festival. Katie Dallam is a Spring Hills, Kan. visual artist who suffered traumatic brain injury in a boxing match that inspired Million Dollar Baby. Her art before and after her injury is markedly different, In the spirit of Errol Morris, filmmakers Patryk Rebisz and Erinnisse Heuer-Rebisz use assertive techniques to create a visually stunning if sometimes overdone palette that gets inside the head of its subjects.

When an unhappy man fears his adult son may be turning into him, he concocts a scheme to spend a week with him in New Orleans to set him straight. As the pair’s insecurities and resentments come tumbling out, their relationships with the women in their lives come undone. James Morrison and Bobby Campo find the right notes as this awkward, strained yet loving father and son, respectively.

This opening night film debuted at Sundance. It follows the adventures of 16-year-old Jay, who travels from Scotland to the 19th century American frontier in search of the woman he’s infatuated with. Newcomer Kodi Smit-McPhee stars as Jay. Co-starring are Michael Fassbender as Silas, the mysterious man Jay hires to protect him, and Ben Mendelsohn as one of the hard characters Jay confronts.

The closing night film is another young man in peril story, this time set in contemporary Montana. In his rural town Dwayne (Liam Helmsworth) captures something on video he shouldn’t have and bad men with mean intentions come for after him and his girl. Co-starring Teresa Palmer, Billy Bob Thornton, John Malkovich, Bruce Dern and Oliver Platt.