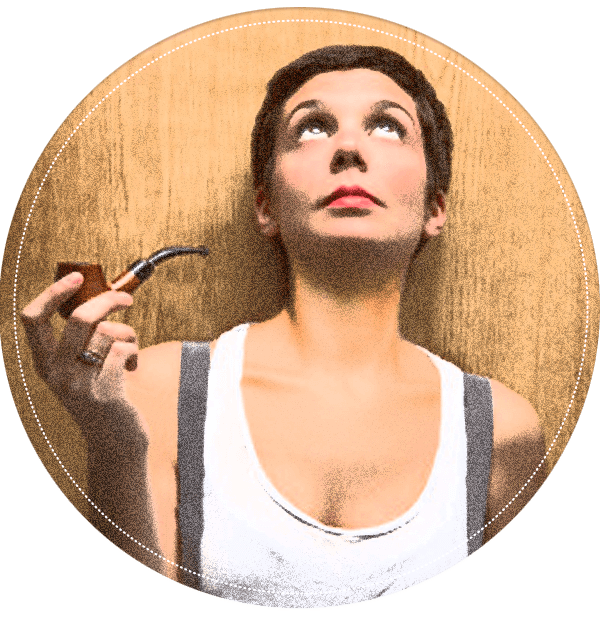 It should be no surprise the author of languidly paced satirical novels (The Coffins of Little Hope) that delight in peculiar, piquant details should fashion a literary happening along the same lines.

Novelist Timothy Schaffert has done just that with the (downtown) Omaha Lit Fest, a free celebration of prose, poetry and other word-made-art expressions.

He founded Lit Fest eight years ago and continues organizing the annual literary salon today. This year’s event luxuriates in its delightful otherness Friday and Saturday, October 19 and 20, at the W, Dale Clark Library, where there will be a gender-centric focus to the readings, panels, topics and performances.

Well-attuned as Schaffert is to literary currents he hit upon 2012’s theme – The Lit Fest Guide to Etiquette for Women Writers – after reading about disparities females face in publishing.

Featured guest authors Elizabeth Crane (We Only Know So Much), Lisa Knopp (What the River Carries), Marilyn Coffey (Marcella) and Joy Castro (Hell or High Water) will no doubt have plenty to say on the matter.

Marcella was a featured work during National Banned Book Week events in Omaha, including a marathon reading at the Benson Branch Library.

At Lit Fest Coffey’s slated to be on the Saturday, 5 p.m. panel Your Guide to Unladylike Demeanor that examines “women writers making people nervous.”

Meanwhile, Castro’s debut novel Hell or High Water is drawing praise for her ability to sustain a taut thriller amid a complex subject and to evocatively exploit its New Orleans setting. The University of Nebraska associate professor of English and ethnic studies also has a book of personal essays out, Island of Bones, eliciting rapturous praise.

All of it’s filtered through the perspective of women engaged in a lit world not always friendly to them. Recent counts by the women in literary arts organization VIDA show far more men than women published in leading literary publications. That concerns Schaffert enough that he’s making it a point of public discussion.

“If the VIDA Count had not come into existence I might not have even been aware of the disparity, but it really kind of commands attention,” says Schaffert, an UNL assistant professor of English and director of the Nebraska Summer Writers Conference.

“Obviously some editors are going to focus on that work that crosses their desk that seems most vital and other editors aren’t necessarily going to have the best ear for writing by the opposite sex. And I think for decades there’s been some level of condescension towards the subjects women writers take on. There’s some sense of what women’s writing is that may or may not be based on anything authentic in terms of the assumptions people make about the topics of interest to women.

“I’ve heard of editors be dismissive of a story by nature of its topic as too domestic, for example, or too focused on the sentimental, as if that denigrated the work somehow.”

Castro says VIDA, whose creative nonfiction committee she serves on, has been “working to figure out all kinds of ways to address this, in some cases publishing essays about it,” adding, “In my case I got involved with guest editing an issue of a really cool online journal, Brevity Magazine, that’s responding to that count.”

She says her own anecdotal observations have long made her sensitive to the paucity of minority authors published in select periodicals (The Atlantic, Harper’s, The New Yorker) “that determine who’s a big deal and who’s not.” The VIDA breakout, she says, confirmed “it’s not just my imagination.” She says when editors are called out on the disparity they either deny a gender-based agenda or agree to proactively strive for more balance.

Castro will join Kay, Knopp and Sherman for a 1 p.m. Saturday panel on the professional aspects of writing, editing and publishing. She’s interested in exploring how it is more women writers come out of MFA programs than men do yet fewer get published.

“So there’s like this attrition,” she says. “Then where do they all go? Why don’t they continue to write and publish? It’s a good question. I hope people will come out and talk about it and have a really exploratory attitude about it.”

That said, Castro and many other women authors fare well getting their work out and finding it well-received. Her Hell or High Water (Thomas Dunne Books) is a good illustration. The widely released book has been called “exquisite,” “fierce and intense,” “captivating.” Dennis Lehane (Mystic River) termed it “a terrific thriller.”

The book”s been optioned by film producers and Castro’s already working on a sequel. She’s excited that her Cuban-American protagonist, Nola, may headline a mystery series because the genre rarely features Latinas or issues of Latinidad.

Nola, a green Times-Picayune reporter assigned to investigate what happened to the registered sex offenders who went off the grid after Hurricane Katrina, serves much the same role a detective does in classic mystery tradition.

“That’s the story she gets assigned and she’s reluctant because it’s kind of creepy. But it’s sort of her first big break as a journalist, so she goes after it and of course gets in a lot of trouble,” says Castro.

“In the first chapter a young woman tourist is abducted from the French Quarter and that mystery is going on at the same time and Nola starts to investigate that as well and then the two stories intertwine.”

Much as Castro did in her own life, Nola comes from poverty and feels pressured to hide her past and prove herself. Castro’s interest in legendary archetypes comes into play when Nola intersects with believers in the Cajun legend rougarou, which warns of a person normal by day but predatory at night. Santeria spirits also show up. By the end, Nola calls on whatever powers she can muster to protect herself.

Best known before this for her searing memoir The Truth Book: How I Escaped a Childhood of Abuse Among Jehovah’s Witnesses, Castro will read from her novel and discuss her research in a 2 p.m. Saturday program.

About choosing to write a genre book for her first novel, she says, “I guess I would have anticipated I would write a literary fiction kind of novel, but I have always loved mysteries and thrillers. In deciding what to write this was the genre I got most excited about and the story seemed to keep suggesting itself to me and so I listened and paid attention and started writing.

“Writing a novel was new for me. I went through a lot of drafts. I was a slow learner.”