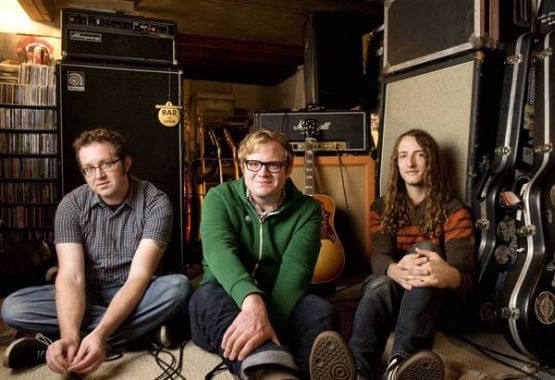 On the surface, there’s nothing all that remarkable about Michigan’s Cheap Girls, but once Ian Graham, his brother Ben and Adam Aymor plug in and kick out the jams, their hook-filled songs are hard to shake out of one’s head. Cheap Girls play a brand of power-pop that owes a lot to the alternative and college rock eras and there’s elements of the Lemonheads, Husker Du, the Posies and Superchunk in what Cheap Girls do. But on their 2012 album Giant Orange, recorded with Against Me!’s singer Laura Jane Grace, who wisely left the proceedings unfussy. It sounds much like the band sounds like live, a fuzzy power-pop rock band that fits perfectly in basements and bars, but they won’t be there for long.