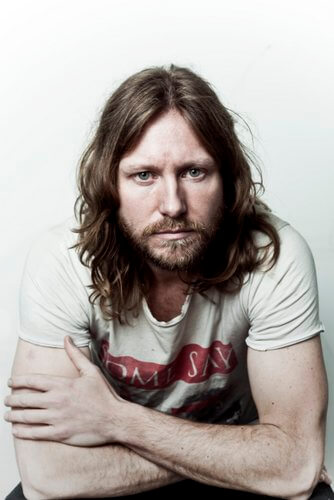 The most maddening aspect of the music industry is its micro-management of an artist’s image. With seemingly every album cycle comes an attempt by the artist and their publicity crew to contrive an aura that will “play well” in a certain market – simply follow Omaha’s own Icky Blossoms over the next few weeks as they prepare for their first studio album’s release for a textbook example. Thus in this age where even a musician’s choice of shoe brand can be honestly scrutinized (No, he’s just barefoot so he can appeal to the wannabe-hippie-thrift-store-DIY crowd –  I bet he’s trying to score a visit to Bonnaroo), it is not only refreshing but orgasmic to come across the music of Cory Branan.

Mr. Branan’s sincerity is enrapturing. His latest album, Mutt, bares all (in a literal sense on the cover, which features some not-so-unattractive bosoms), making no concession to genre or markets. On my favorite song, “Bad Man,” his smoky, Nashville-esque voice preaches “Calling a spade a spade,” and the listener gets the sense that in some ways this is his approach to music, playing what he wants to play when he wants to play it. On the album this manifests itself in a varied – indeed, mutt-ish – collection of songs that could be enjoyed by your uncle from Scottsbluff or your cousin from Dundee.

So to be sure, anyone who attends Mr. Branan’s June 27th show at The Sydney in Benson will discover something to their musical liking. Not one to exploit his musical prowess, this is his first album in six years, so who knows when we will be blessed with an opportunity like this again?