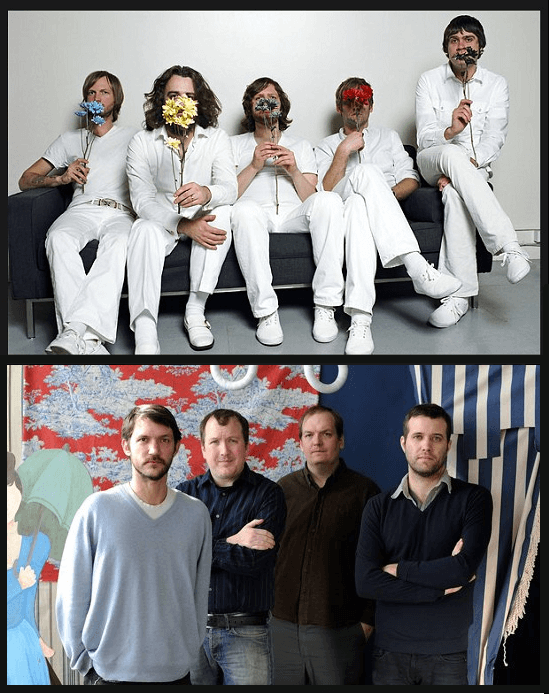 Minus the Bear w/ Cursive & Girl In A Coma

Guitars are back in focus on Minus the Bear’s new album Infinity Overhead. The Seattle band last two records had seen a growing influence of ambient soundscapes and synth lines in their guitar-tapping, intricately woven indie rock sound. The new album also sees the band working with former keyboardist, Matt Bayles, who has become an in-demand producer since leaving the band. Meanwhile, the band is touring with Cursive, a big name in Omaha’s indie rock scene. Cursive released their latest concept album, I Am Gemini, earlier this year on Saddle Creek. It’s a record that’s injected a new dose of art-schooled venom into the band’s maturing guitar rock sound. Whether that’s a regression or not  depends on if you like Tim Kasher shredding his vocals or not.