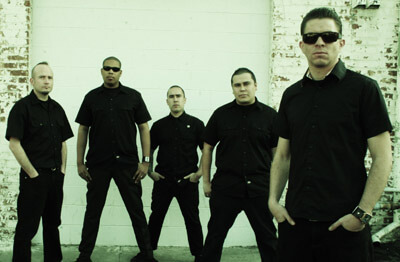 The Aggrolites spun out of Los Angeles in 2002 with a sound that strikes a rough mixture between punk pop, reggae and classic soul. It’s a mix that has garnered the band tons of fans from the pop-punk, ska and skate punk ranks. Prominent organ lines and singer Jesse Wagner cement the Aggrolites classic foundation, while modern punk drumming helps push the pace. The band formed after a stint backing reggae artist Derrick Morgan. The Aggrolites played in Council Bluffs this summer as part of the Vans Warped Tour, bringing a unique energy and grooves to an event that has increasingly embraced metal and hard rock. The band released Rugged Road, their fourth studio album, earlier this year.