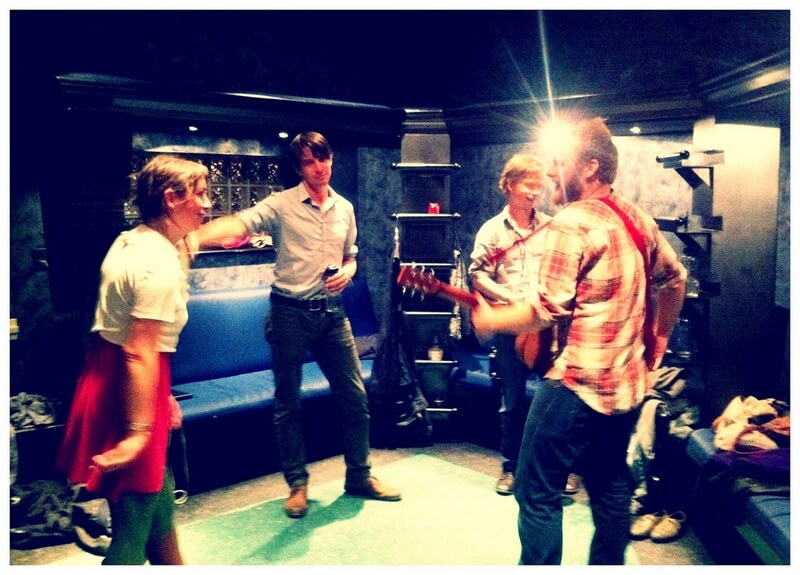 The music on Blind Pilot’s second full-length We Are The Tide casts the Portland band in a different shade than their folky indie-pop debut 3 Rounds & A Sound. Singer Israel Nebeker says that’s a testament to the band’s growth from the original duo of Nebeker and Ryan Dobrowski to a full six-piece line-up. Now the songs take on a more richly layered feel, as each member adds their own touches. The result is a Blind Pilot album that swings towards a more orchestrated pop sound, underpinned by the acoustic style that the band began playing when they first formed.