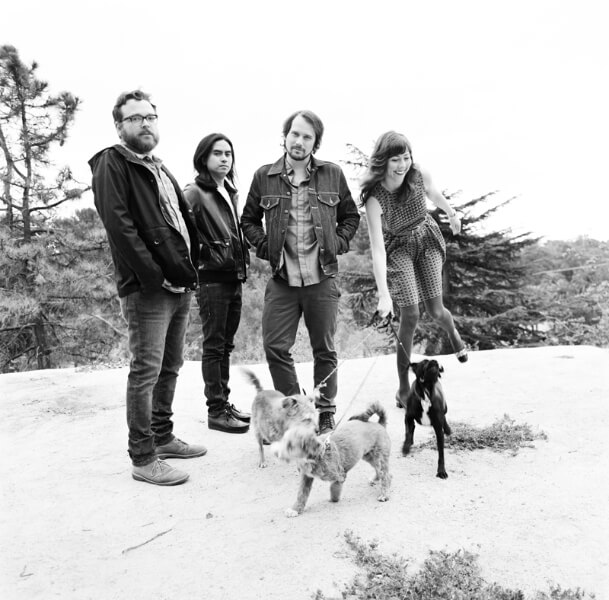 After two well-received albums both recorded in roughly the same way, Silversun Pickups were eager to adjust their process for their new album, Neck of the Woods. So they enlisted producer Jackknife Lee and set about stepping outside their comfort zone, drummer Christopher Guanlao says. He says the band prepared for the sessions like usual, learning a host of new songs extensively. But when they got into the studio, that preparation turned out to be unnecessary.

“We kind of threw that out the window,” he says.

Lee set the band on a course of destroying and rebuilding songs. For Guanlao that meant experimenting with hand claps, shakers, steel cans and other percussion elements. At one time, Lee had Guanlao bang on a steel bowl filled with busted bass and guitar strings. The finished result finds the band’s post-shoegaze alternative pop sound expanding with touches of electronic pop and post-rock. That doesn’t mean that the band has shaken its long-running comparison to iconic hushed-voice alternative rockers Smashing Pumpkins though. Guanlao says the comparison doesn’t come up as much, but the band members all appreciate the Pumpkins. And it turns out, Billy Corgan has told Silversun Pickups that he digs what they do too.

“Our teenage selves would have freaked out at that thought,” Guanlao says.