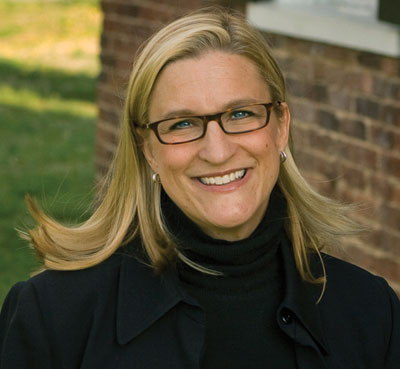 3 UP, 3 DOWN Wednesday, April 6 Ruta Sepetys Author, Between Shades of Gray Signing and Public appearance The Bookworm, 87th and Pacific 7 p.m., bookwormomaha.com Art imitates life. Art imitates reality. For Ruta Sepetys’ new book, you might say art imitates virtual reality. To add to her extensive research for her new book Between Shades of Gray , described as a moving portrayal of a 15-year-old Lithuanian girl who endures the atrocities of Stalin’s ethnic cleansing of the Baltic countries during World War II, Sepetys endured a reenactment of a prison camp to gain some sort of perspective, however fictitious, for her characters. In an interview to preview her April 6 appearance at The Bookworm, Sepetys said in addition to the prison reenactment, she spoke with several Lithuanian survivors who inspired parts of her story. “It was revelatory,” she said. But her answer when asked about what she learned at the reenactment camp and how it related to her view of the terror of Stalin’s reign was the most striking. “I quickly realized that I never would have survived [what really happened].” Read more of Sepetys’ answers to our questions in this week’s edition of 3 UP, 3 DOWN below. Between Shades of Gray is the No. 1 book on the Spring 2011 Indie Next List, a Book of the Month Club Blue Ribbon Selection; and foreign rights have been sold in 22 countries. Her public appearance at The Bookworm next Wednesday starts at 7 p.m. What moved you to write this story and cover this time period? History holds secrets. So many people experienced the terror of Stalin but never spoke of it. The stories of the Soviet occupation are rarely discussed and it occurred to me that there are so many heroes that we’ve never had a chance to meet. We’ve never been able to celebrate their bravery or console their regret. I was inspired to write the book to give voice to the many people who were deported to Siberia by Stalin. You endured a reenactment at a prison camp as part of your research; Obviously it wasn’t one one-millionth a percent of what it was really like to go through, but how did it impact you and how did that impact the book? The impact on me was profound. It was only a reenactment but I quickly realized that I never would have survived in Siberia. I think we all hope that in the face of adversity or distress we will be strong and brave. I wasn’t and that was a very hard thing to learn about myself. In terms of the book, it helped provide a sensory experience that I incorporated into the text when describing the characters’ interactions with the NKVD and also one another. Obviously, you’re good with words … but is there any way to articulate what it is like to sit down with one of the Lithuanian survivors and talk to them about their real experiences? It was revelatory. The survivors I met with had endured the unimaginable. They channeled their pain through art and music, instead of violence. They told me that suffering had been a great spiritual teacher and deepened their love for life and their country. I truly feel it was a gift to speak to each and every survivor. I learned so much.