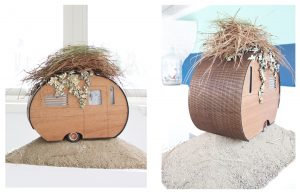 Holly Kranker joins Jeff Sedrel for the next exhibit at the Michael Phipps Gallery opening Sept. 7 and continuing until Oct. 29. Despite their disparate solos, the exhibit’s intent is “to create a dialogue within the community.”

Kranker is a multidisciplinary artist. She uses an assortment of materials in a variety of mediums, with more than a slight emphasis on fabric and sewing, to create provocative, immersive and enigmatic installations and stand-alone pieces.

When not working on her art, Kranker is Residency Program Manager for the Bemis Center. She describes her work as “hovering between experience, contemplation, exploration, and memory.” She was an artist-in-residence at the Kimmel Harding Nelson Center for the Arts in 2018. 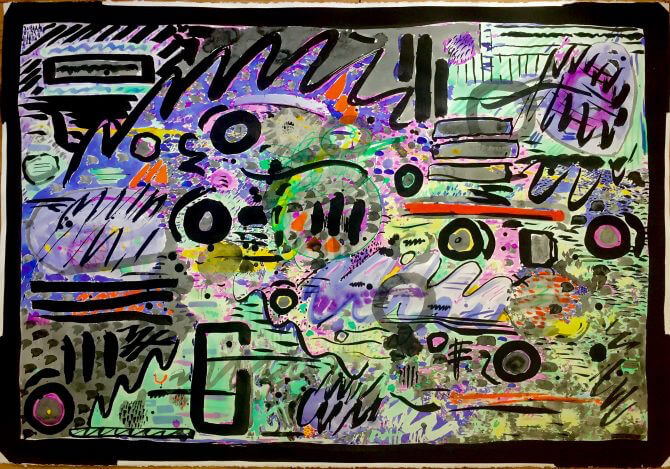 Sedrel sees the confluence of spirituality and art as the driving force behind what makes civilization more human. “I view the creation of art as a pathway to recognizing the spirit.” This realization led Sedrel to “symbolism, primitivism and mysticism to further explore the role art has historically played in our lives.”

Using bold color behind graphically dense, black marks, filtered through expressionist and pop art sensibilities, and with a strong nod to Asian calligraphy, the works are improvisational, often abstract, and at times, a horse may be the only recognizable figure.

The show runs from September 7ththrough October 29th. An opening reception for the artists will take place September 7thfrom 4PM to 6PM. The Michael Phipps Gallery is located in the downtown branch of the Omaha Public Library. Contact Omahalibrary.org for further information.