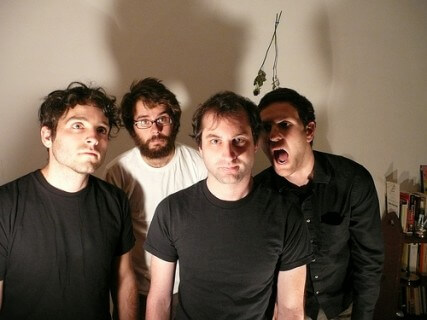 For NPR music aficionados, you may recognize indie quartet Man/Miracle from their “All Songs Considered” show and blog. Back in February, the band was featured on the music blog and the group’s praises were sung in the form of quotes like, “My advice when you listen? Turn it up real loud.” Critics were describing the song “Up” from M/M first full-length album, The Shape of Things. Even the oft brutal music blog, Pitchfork, commended lead singer Dylan Travis’s “mean set of pipes.” M/M have played in many shows in their stomping grounds of Oakland, Calif., as well as the beloved Texas music festival, SXSW. The group’s new EP, Valleys, is due out Sep. 26, and a new LP will shortly follow. As part of their fall national tour, M/M hit the Waiting Room Lounge next week, performing songs from the band’s first album, as well as the new EP. It will be a night of self-proclaimed “weird and loud guitar pop.”