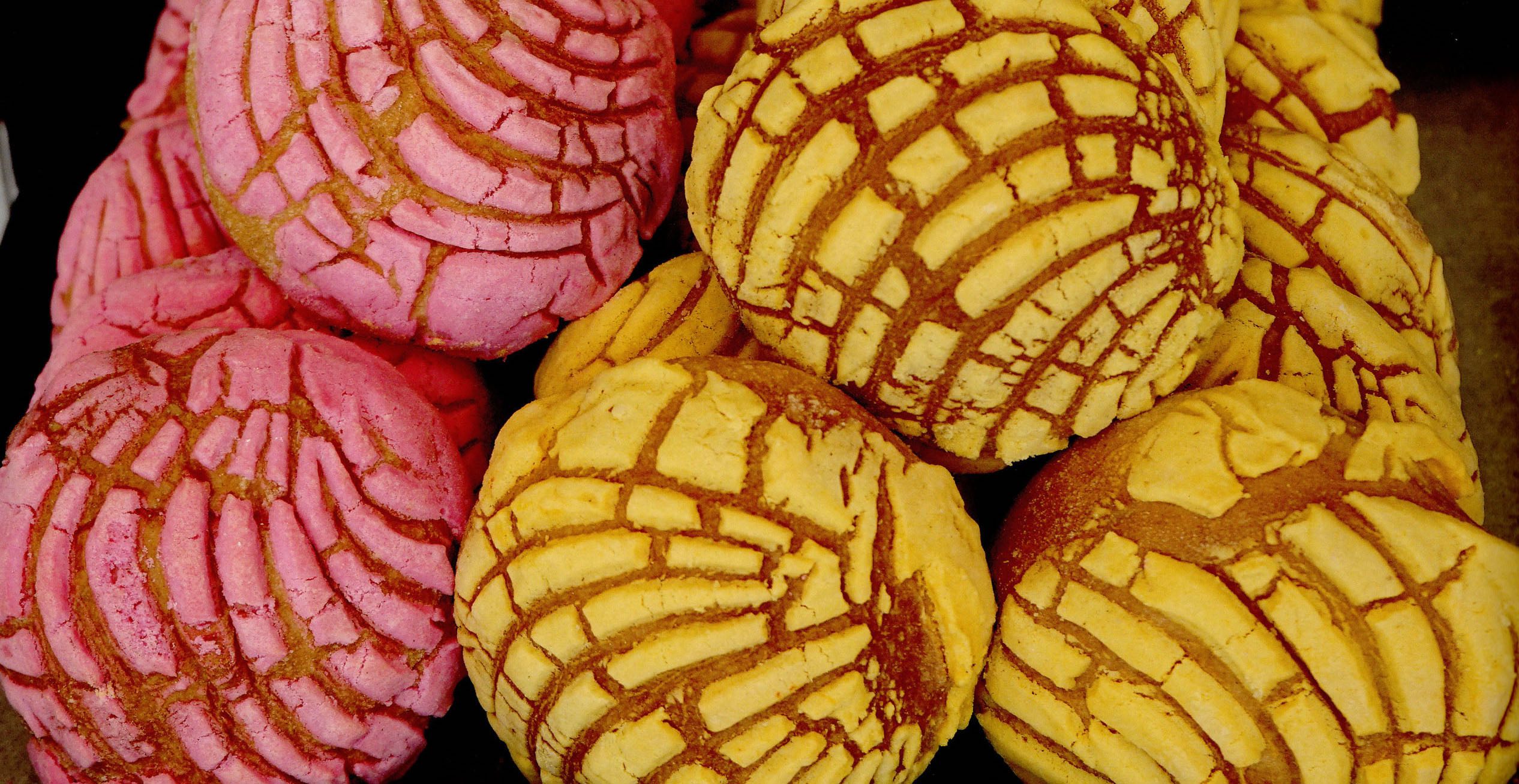 For more than two decades, Mexican artist, author and educator Humberto Chavez Mayol has been a constant emissary of good will and art to Omaha.

During that period he has exhibited a number of significant conceptual installations and photography shows at the Bemis Center for Contemporary Arts, the Moving Gallery and El Museo Latino where he has served as mentor and curator.

Those exhibits include, Tiempo Muerto, Instructions to cross a street, and Calle 24 (24th Street), all of which have challenged the viewer to connect to or relate to his variations on time, memory, location, culture and yes, even death.

This multi-talented artist returns to Omaha with a new exhibition at El Museo Latino titled Un Día de Pan (A Day of Bread) this Friday, April 28, 2017 with an opening reception from 6-8 pm. Chávez Mayol will be in Omaha for the opening of the exhibit which continues through June 30, 2017.

For the last 23 years, the artist/curator has worked with El Museo Latino in developing projects that “register and simultaneously configure the memory of a community recognized not only by its tradition, but by the everyday path that builds and extends it.” 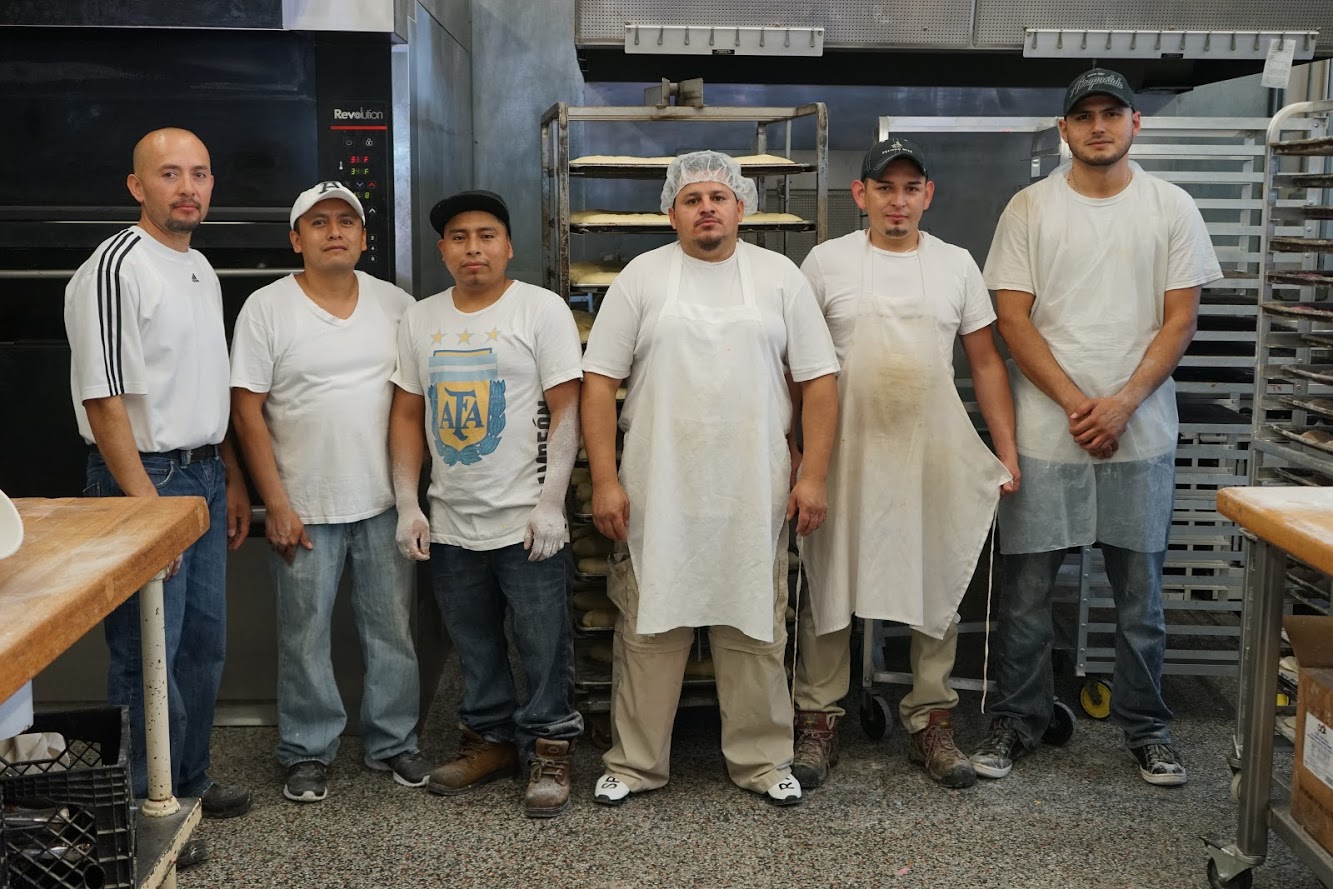 “In 2013, I made a photo series centered in the 24th Street (Calle 24),” Chavez Mayol said. “It was then when I discovered the International Bakery, a bakery that had been producing traditional mexican bread, as well as bread from other Latino countries as Guatemala and El Salvador, for over a decade.”

Over all, the exhibit documents the great diversity and variety of traditional breads that had origins in different regions of Mexico as well as the different types of bread that are baked for special celebrations such as “Pan de Muertos” (bread for day of the dead) at the end of October and “Rosca de Reyes” (kings bread” baked in January for Epiphany Day).

The exhibition also has a dual purpose, one that not only explores the role of bread in creating or maintaining an ethnic identity, but documents it and the rituals of the bakery in a public space just as vital and sustaining. 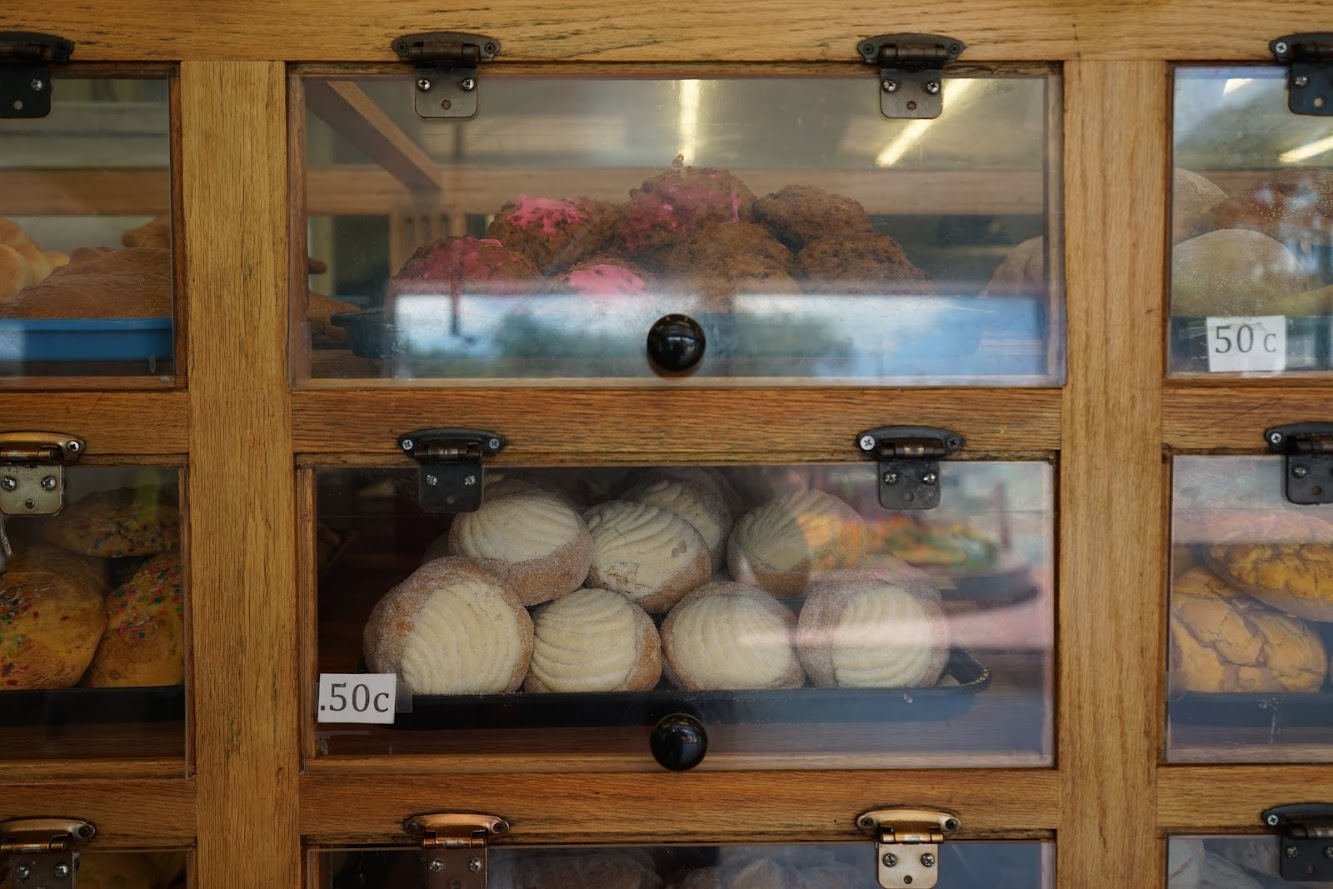 “This is the principle that inspires this visual artistic project,” Chavez Mayol said, “a proposal to link the site producing the daily nourishment and the museum safeguarding the cultural tradition of a community.”

“Seen in such a way (in the photos on display),” he added, “every single person involved In the production and selection of bread, also produces the memory that comprises our tradition. Both the bakery and the museum are communal sites, gathering the vertiginous time of creation and the tardy journey that unveils the memory of a given space.”

Chavez Mayol, formerly the Deputy Academic Director General of the National Center for the Arts in Mexico, now lives in Mexico City and Merida and spends his time researching and writing his latest book, Testigo: Guia de viaje (Witness: A Travel Guide), an apt title it seems for the role he shares with the viewer as a “street” photographer.

In the course of his artistic career, his production has moved from the field of conceptual photography to the installation and to this new venture of “giving witness” to a community’s local color and cultural diversity. Yet Chavez Mayol is no ordinary street photographer. 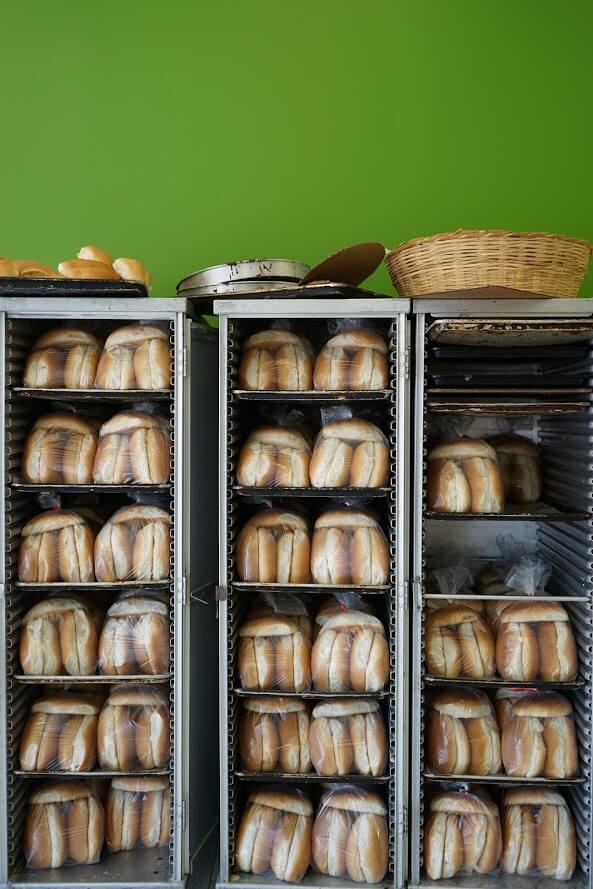 Instead, he is a poet and a fine arts, conceptual photographer. Seen In this way, his series of images in Un Día de Pan (A Day of Bread) serve less as a personal narrative and more “as a conceptual framework for finding transformative magic in unassuming rituals,” as Chavez once said of his work in another of his transformative “travel guides,” Instructions to cross a street. In this exhibit he focused on four frequently traversed streets in Montreal, Quebec and Omaha as well as views from a hospital room and his studio in Mexico City.

In a review of that fine understated photo installation in 2014, this critic wrote, “He lets his imagination take him down four separate streets with the same attitude expressed by the recently deceased Latin American author Gabriel Garcia Marquez, who believed that no writer should begin each day knowing where he was going—either with his art or his life, presumably. ‘There is a lot of magical realism in Mexico,’ Marquez has said.”

Apparently, as seen in the colorful and engaging photos seen in this exhibit, the photo/artist has found another source of magic in South Omaha created both by him and baker Gonzalez and his extended family of workers, and offered up to the community by El Museo Latino.

“An Illustrative encounter,” he calls it, “the bakery and the museum.”