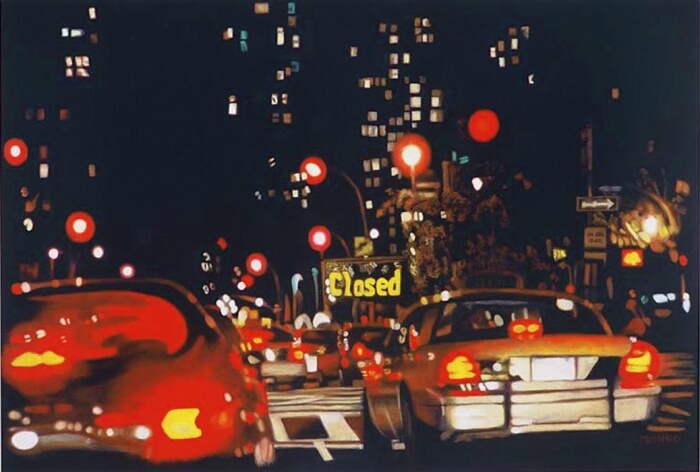 For Streets of NYC, Modern Arts Midtown presents Jane Pronko’s paintings of New York City. “Painting form me is about seeing and the exciting possibility of communicating this vision on canvas. My concern is the urban environment of forgettable architecture, advertisements, mini-malls, headlights and taillights; all the staggering visual cacophony we live with on a daily basis. Hours of our lives are spent on the road, always going, but seldom arriving, always moving and looking for what could be or what was lost,” clarifies Pronko in her Artist Statement. For The New York Series, Roger Bruhn returns to his roots as a street photographer. Using techniques such as humor, irony, and satire he offers a visual critique of the corporatization of America. Bruhn’s series was shot primarily in New York City. Both artists have worked extensively to capture the “big apple” experience. The exhibition is a visual reminder of the vibrant energy that says, “New York City.”