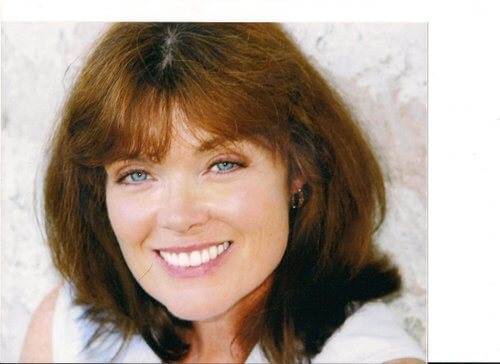 The Brigit St. Brigit Theatre company opens its latest Irish play to start their 20th anniversary season with historic momentum, not to mention a free Guinness tasting this weekend.

Big Maggie not only brings Delaney Driscoll back in the title role, but follows growing development of support staff to aid artistic director Cathy Kurz and executive director Scott Kurz in their mission of producing classics and Irish plays.

Driscoll, the Equity actor with impressive stage and screen credits, hadn’t appeared in local theater since the Blue Barn’s A Man from Nebraska in 2005, as she focused on raising her daughter, now 16. She also lost her mother in March, an absence she’ll feel as she plays a strong Irish widow battling with her offspring.

“I was raised by Irish women,” her mom and two grandmothers. Like Maggie Poplin in the John Keane play, “We aren’t exactly a cuddly clan, but we are honest, hard-working women,” and, Delaney adds, “My mother and grandmothers all had hearts as big as Ireland itself.”

Hard work helps when the actress not only tackles the lead role but joins Brigit as marketing outreach coordinator. “She is next in line to be a paid staff member,” Ms. Kurz says, “and we are in the process of getting that underwritten.

“I am over the moon to have Delaney back as Maggie and now a bonafide company member. She is the essence of a pro…with incredible charisma.” Cathy first directed her at the center stage in 1991 with Connie Lee and Kay Kriss in Crimes of the Heart.

In Brigit’s early years, Delaney appeared in Dancing at Lughnasa and The Trojan Women. She played the title role in Gypsy at the Omaha Community Playhouse, and Lady Macbeth for a Shakespeare company in California.

Her most prominent film role was as Linda Novotny, Matthew Broderick’s wife in Alexander Payne’s Election. After earning a dramatic arts degree from the University of Nebraska at Omaha, she trained with the American Playhouse Theatre in New York City.

Driscoll, known to her friends as Patty, will be paid a union salary as Big Maggie, and joins the “artists in schools” program as Brigit rebuilds its educational component, formerly led by Amy Kunz.

Acting dominated her hours during rehearsal, and other newcomers have been helping with marketing. But Kurz credits Driscoll with doubling the number of business partners in their Tir-na-nOg (a Celtic term for a mythical land of eternal youth, art, magic and heroes) boosters group just this summer.

But she’s not the only addition to Brigit’s support staff in its 20th season. Some of her friends who helped organize a fund-raising reception for patrons this summer have stayed on to help in other capacities.

Debi Semke started by doing publicity for the Keane play but showed artistic talents that led to recruiting her as property mistress. She’s creating props and much of the dressing for the set by Scott Kurz, “and what she’s doing with that is just great,” Cathy emphasized.

Meghan Sharer is expanding the Brigit website with archival materials going back to their first season. The previous site was so complicated only one person could access it.

Other newcomers are serving as volunteer coordinator, rehearsal stage manager (Marie Romano) and box office coordinator. In that job, Steve Rosenberg will not only monitor both online and telephone reservations, but compile demographics on audiences, providing statistics on preferences and other data.

Brigit continues its search for a permanent location, but one of those supporting business partners again makes the 1002 Dodge St. space available in downtown Omaha. For Thursday evening performances, Driscoll has arranged a $30 dinner theater package at Nosh, the wine bistro next door.

After the success of last season’s Tartuffe at Joslyn Castle, Brigit will return to that handsome venue for this year’s Shakespeare play, Twelfth Night, opening in November. No location has been set for Eugene O’Neill’s Long Day’s Journey into Night or the last production, The Dresser.

The theater, while sticking to a steady mission for 20 years, has moved from Joslyn Museum to Bellevue University and enjoyed a long stay at College of St. Mary before joining the Blue Barn for two seasons in its Downtown Space, then moving to the Dodge Street venue last year. The search for a permanent site will consider parking and ambient noise—preferably “a nice quiet brick building with green space outside” and not a strip mall.

Although Brigit has offered at least one Irish play each season, including such classic playwrights as O’Casey and Synge as well as the more recent works of Brian Friel and Martin McDonagh, Big Maggie is their first by Keane, currently the most popular and most produced Irish playwright.

His plays were too blunt for the Abbey Theatre in the 1960s, when its heavy-hitters were offended by his lambasting of the institutions and values that drove the younger generation to emigrate. Keane took a hard look at the veneration of land ownership and the sexual repression of women, including the social strictures that come from the church and from the government as an arm of the church.

Ireland’s history of poverty, with vivid memories of the famine, make material security a driving force even for those like Big Maggie. She has a farm and a shop but sees the spectre of want just around the corner.

As “a young innocent guided by security into marriage to a philandering man of property, and knowing nothing about sex,” the death of her husband liberates her at last. The play finds her in her 50s, ready to take charge rather than step aside for her children.

“I am dying to see how the audience will react to my character,” Driscoll says. “I am even bracing myself for a boo or two.

“Maggie is a hard woman…brutally honest. I think life has been hard for her up to this point and at the beginning of the play…she has finally been set free.”

While the cast includes such Brigit regulars as Eric Grant-Leanna, MaryBeth Adams, Jennifer McGill and Eric Salonis, it also features a half-dozen talents new to the company.

David Ebke, recently recognized for his role in the Blue Barn’s Spring Awakening, plays the “sickeningly charming traveling salesman,” and Barry Murphy play a monument sculptor who is Maggie’s unwanted suitor. Murphy, a retired Creighton University professor, used to teach in Belfast and retains a home in Ireland; he advises Brigit on Irish pronunciation and custom.

The cast also includes Kaitlyn McClincey, who appeared in Five Lesbians Eating a Quiche. She’s the would-be fiancé of one of Maggie’s sons.

On Sept. 6, 7 and 8, all that comes with that free tasting of Guinness Black Lager. Make it on Thursday and the lager can cap off dinner at Nosh.