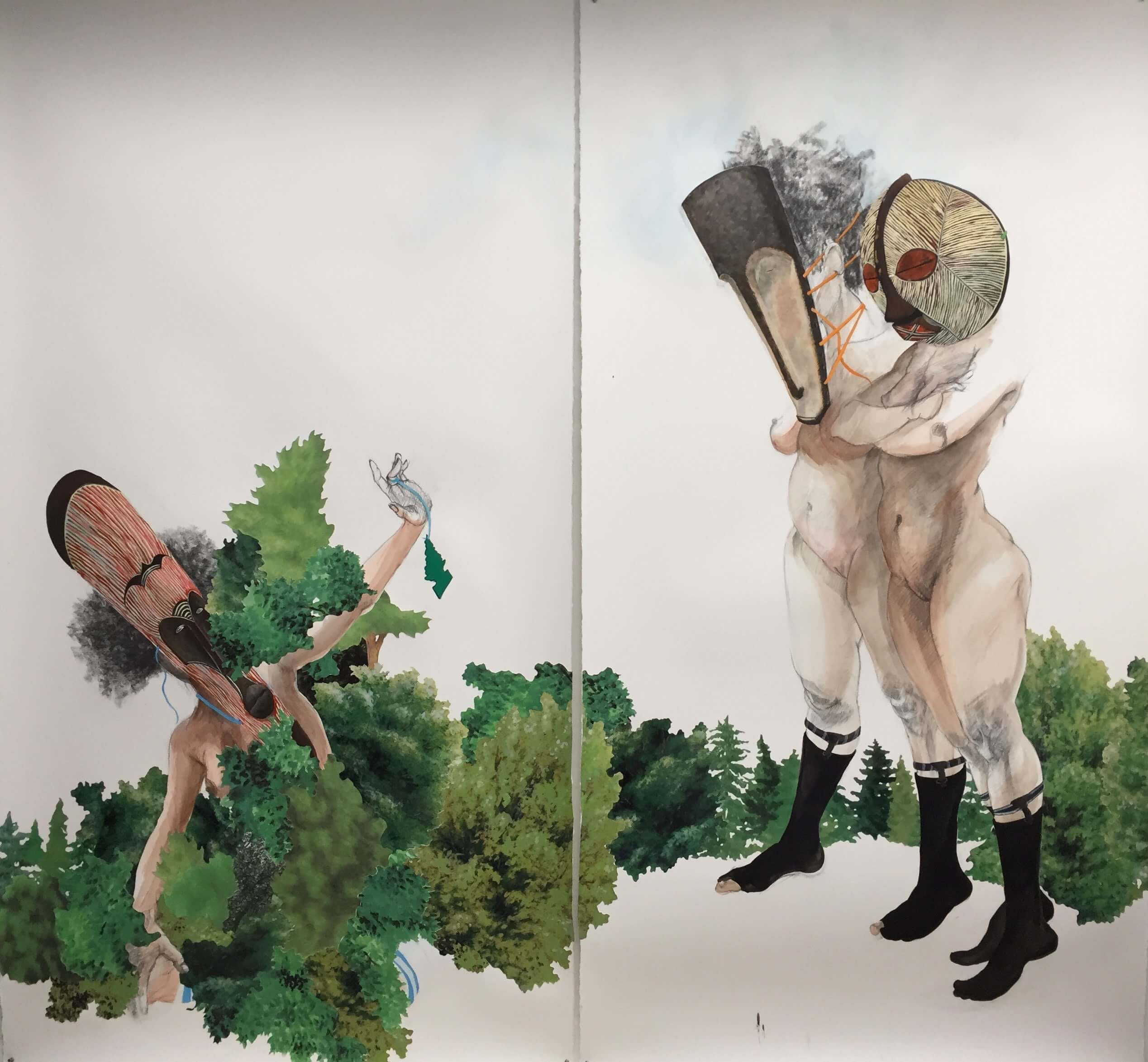 The work of visual artist Zoë Charlton addresses concepts of selfhood and identity—ipseity, in a word—rendering human figures often as oft-burdened carriers of voluminous images and symbols of their heritage.

For her newest body of work, “The Ipseity Project,” opening at the Wanda D. Ewing Gallery at the Union for Contemporary Art on September 7, Charlton turns the mirror on herself and how she views the identities of others specifically through her personal lens.

Charlton put out a call for models in Omaha, Baltimore and San Antonio, similar to herself only in size—body doubles of a sort. The resulting drawing sessions became an exercise which she describes as one “about empathy and finding reflections of oneself in others while blurring the boundaries and expectations of the self-portrait.”

Charlton is based in Baltimore and is Associate Professor at American University in Washington, D.C. She is the Union’s second recipient of the Wanda D. Ewing Commission, which supports production and presentation of new work by a woman artist of the African diaspora.

ZoëCharlton’s The Ipseity Projectopens at the Union for Contemporary Art’s Wanda D. Ewing Gallery on Friday, September 7 with a reception from 6-9pm. This exhibition runs through October 27 at the Union, located at 2423 N. 24thStreet with free public hours on Tuesdays-Saturdays from 11am-6pm.