Home » Art » The Morals of Mozart 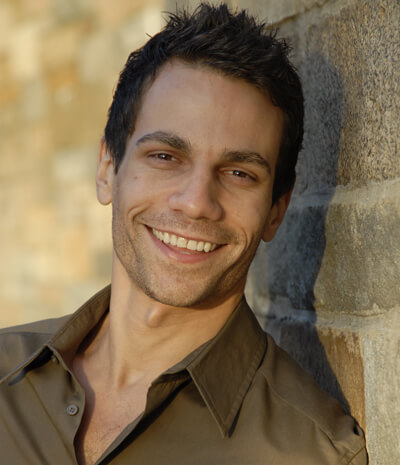 Don Juan’s first known appearance in the arts is the 1630 play, El burlador de Sevilla y convidado de piedra ( The Trickster of Seville and the Stone Guest ), by Spanish author Tirso de Molina. Since then, Don Juan was literally reinvented in, or was the inspiration for, countless creative works. Arguably, his most popular incarnation is Wolfgang Amadeus Mozart’s famous opera, and Opera Omaha’s next production, Don Giovanni . The story is familiar: Don Giovanni is the womanizing nobleman who racks up conquests and breaks hearts all over town, and ruins some lives in the process. Nobody can stop his rampage except for one supernatural force (the “stone guest”). Don Giovanni gets his comeuppance when he can’t seduce, pay off or dodge the “stone guest.” What may not be familiar is the depth that Mozart and his librettist, Lorezno DaPonte, bring to the legend of Don Juan. “The story, as told by Mozart and DaPonte, hinges on the age of enlightenment,” says Garnett Bruce, Opera Omaha’s Artistic Adviser and Principal Stage Director. “Is there an almighty God out there who will deliver retribution? Is there is an ultimate punishment for those who abuse society? And at the end of the story, there’s an inherent warning. That’s part of the appeal of Don Juan.” After speaking by phone and tracking his cast as they flew into Omaha during an early-February snowstorm that crippled a large part of the country, Bruce sent an e-mail translating the last few lines of Don Giovanni , which will be performed in Italian with English subtitles: “Let the villain rot in hell! Wickedness always meets its just reward, And a sinner’s death is always equal to his life. ” Though his flaws are apparent, Don Giovanni has some redeeming qualities according to Kelly Markgraf, who will perform Opera Omaha’s title role in his debut. “It really depends on how you view him,” Markgraf says by phone during a brief rehearsal break. “The good side of him is more evident if you try to put yourself in his shoes. He views himself as not necessarily doing anything wrong. There’s a monologue in Molière’s Don Juan [Dom Juan ou le Festin de pierre or translated, Dom Juan or the Feast with the Statue ] and in the monologue, he gives this long explanation of how he’s not doing anything wrong, because if he were to be faithful to one woman, it wouldn’t be fair to all the other women. It’s convoluted, and from most people’s perspectives, it’s totally deluded. But if you detach yourself from any kind of judgmental morality, there’s a forthcoming-ness about him. Life should be about pleasure, and he obviously he thinks he’s God’s gift to women. If we just go with it, it sort of makes sense. There is something sort of honest and straightforward about it.” Don Giovanni’s prolific ability with women is another admirable, if not complex quality. “I think any man can actually identify in some way with Giovanni,” Markgraf says. “There are always situations in which you can see some shade or reflection of yourself in him because there are inner yearnings in which men want to be a great lover, or men want to know how to talk to women better, or approach that woman. Giovanni, as a character, always seems to know what to do. He’s also very wily and crafty and knows how to get out of a situation. The flip side of the coin is that all those characteristics and capabilities that make men want to be him, make women simultaneously despise and want to be with him.” Continuing to peel back the layers, Mozart’s Don Giovanni reveals some of the inner workings about the composer. “Mozart’s father died and Mozart felt guilty for having run to the freelance life,” Bruce says of Mozart leaving the cushy life of a court composer. “Some later thinkers feel he was punishing the errant Don Giovanni because of his guilt. I don’t think it changes how you play the character, but you have to recognize what the writer was going through. The music for the retribution scene is unlike anything else that he wrote — minor keys, swirling cords, and the brass to add another layer of sound. That’s part of the tradition of Don Giovanni. Is it a symbol of Mozart’s father? Or is it a symbol of those who have been wronged by errant nobility that is out of control?” There’s even more to Mozart and DaPonte’s version of the story. “There are biblical layers,” Bruce adds. “Mozart grew up Catholic and was very faithful to his wife. He did flirt and play, but he was faithful to his wife, and he did believe in the divine. DaPonte was technically a Catholic priest, exiled from Italy and defrocked, but he kept the title. DaPonte knew Casanova, so there is some element of honoring his friend, Casanova. You can imagine the dialogues Mozart and DaPonte must have had. Mozart with his Catholic guilt, versus the theological arguments of DaPonte, when you’re looking at Don Giovanni, whose morality they were defining. Don Giovanni asks that of its cast and therefore of its audience.” In order to be true to Mozart’s interpretation, Bruce brought in conductor JoAnn Kulesza, who Bruce says is a Mozart expert. He also brought back Markgraf, a baritone, who was in Opera Omaha’s Marriage of Figaro last year. While it’s Markgraf’s first time as Don Giovanni, it’s also Bruce’s first time at the helm of a Don Giovanni production, and he’s grateful to have Kulesza with him. “Since this is my first time doing Don Giovanni, I’m excited to have someone keep me honest about delivering the ideas of Mozart.” Opera Omaha’s Don Giovanni runs Friday, Feb. 25 at 7:30 p.m. and Sunday, Feb. 27 at 2 p.m. at the Orpheum Theater, 409 S. 16th St. Tickets are $19-$79 and available by calling 345.0606 or at ticketomaha.com.